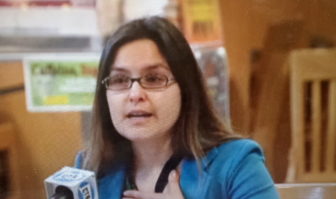 Getting the children that show up at Mashal Ebadi’s office for counseling the services they require is a challenge.

“Obviously we want to keep families together,” she said, but DCF too often fails to provide the services needed to support them. “They’re just not even scratching the surface.”

Ebadi is one of many who work with vulnerable youth in Connecticut and who have witnessed years of budget cuts to the Department of Children and Families.

State spending on the agency responsible for the care of thousands of abused and neglected children dropped by $59.4 million, a 7 percent decline, from the 2009 fiscal year to the 2015 fiscal year. The agency now employs 306 fewer people, a 9 percent drop.

And Gov. Dannel P. Malloy is now proposing to cut another $41 million next fiscal year to help close the state’s looming $570 million deficit.

Appearing before the legislature’s budget-writing committee last week, DCF Commissioner Joette Katz explained that much of the spending reductions have come from placing fewer foster-care children in expensive group homes, which cost an average of $110,000 a year per child.

Instead, the department is sending more children to live with other family members or family friends when their current living situation is not safe – an approach she says improves outcomes as well as reduces costs.

In January 2011, one in five children were living with family or someone else they knew before entering DCF custody. Today, it’s two in five children, and Katz promises to continue closing group homes across the state.

This push to keep more families together – by taking more calculated risks and providing children with additional supports when they remain with their relatives — has been one of the centerpieces of Commissioner Katz’s efforts to reform the agency that has been under federal court supervision for decades for failing too many of the state’s abused and neglected foster children.

“It means there’s much less disruption, much less phycological trauma and hence much less demand for services,” Katz said in explaining the benefits of keeping children with people with whom they have a connection. “I honestly think that by shifting dollars to prevention services, to our community services, to mental health services, we can actually reduce children coming into care.” 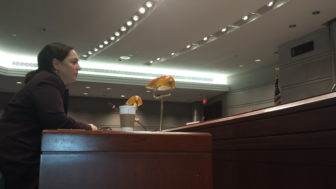 “There will come a point in time, absolutely, when we will not be able to reduce it any further,” DCF Commissioner Joette Katz testified before the Appropriations Committee.

“We have better outcomes by placing children with a family member, and that’s what we are going to continue to pursue in the state of Connecticut. I think we have chosen a better course,” Gov. Dannel P. Malloy, a Democrat, told an audience in Stamford last week, explaining why the cuts to DCF are sustainable. “We are spending money differently and having very positive impacts.”

But advocates who work closely with these youths say the model has been hobbled by state lawmakers who raid too much of the savings achieved by closing group homes to shrink state budget deficits instead of providing additional support to vulnerable children who remain with their families.

“In real terms, it means that 36 beds won’t be purchased for children who have no bed to sleep in, or 80 car seats won’t be purchased, or 180 school uniforms won’t be purchased,” Susan Lee, of the Hartford-based nonprofit Covenant to Care for Children, told state legislators during a hearing last week. “Often the goods provided by CCC prevent the removal of the child from the home, or, in some instances, result in the reunification of the child with their caregiver.”

And then her phone rang. 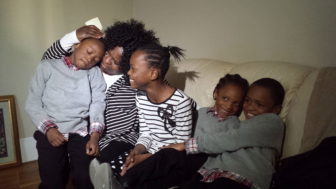 Dorothy McKnight with the four children she adopted

“It was my niece crying, saying DCF was going to take her,” McKnight recalled while sitting in her home in the Parkville neighborhood of Hartford. “I throughout I was done raising kids, but there was no way those four beautiful babies were going to a foster home.”

But how could this school cafeteria worker possibly afford to take in four elementary-aged children with significant emotional baggage?

She said it has not been an issue since the agency set her up with a monthly stipend and health insurance, benefits that did not disappear when she took the step of formally adopting Anthony, Dorie, Khalil and Shamya this winter. Their social worker, “Mr. Mike” as they call him, still comes around to see if there’s anything they need.

When one of the children kept walking out of kindergarten class earlier this year and the school would call McKnight to pick him up, she would panic that she would lose her job if she had to keep leaving work. So the social worker put pressure on school district officials to identify the child’s unmet special needs. He was able to leave his 35-student kindergarten classroom for good and move to a magnet school down the street with fewer than 20 students in his class.

“It’s night and day,” she said about her nephew’s behavior now. “I feel like I got 10 years younger.”

Connecticut has long had the dubious distinction of having one of the nation’s highest rates of placing foster children with strangers in group homes and being near the bottom in placing children with their relatives.

Child advocates support the shift toward placing children with family members, but they say the model has been starved because DCF has not been able to keep enough of its savings.

The federal court monitor who oversees DCF provided state leaders last month with data showing unreasonable caseloads for social workers and excessive wait lists for services such as domestic violence and substance abuse treatment. The number of children who have to wait for services has not declined in recent years, according to the monitor.

“Improvements are consistently undermined by insufficient staffing, which translates into an overwhelming workload issue. There also continues to be insufficient community resources to address the needs of children and families,” Raymond Mancuso, the federal court monitor, wrote in his quarterly review of the vast agency.

He’s been warning about these shortfalls for years. 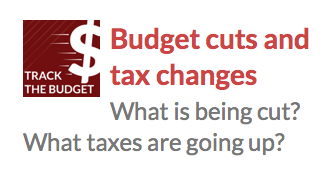 The Annie E. Casey Foundation, a national advocacy group that has helped several child welfare agencies across the country move in the direction Connecticut is heading, has stressed the importance of reinvesting the savings for years.

Facing mounting concern that too little was being reinvested, Katz testified last year that the $70 million saved on group care was offset by $49 million in home and community-based services.

The Casey Foundation the following month released a report applauding the direction DCF was headed in but warning more needed to be spent on services in the community.

“Building a comprehensive network of services and maintaining adequate staffing levels remains a significant challenge,” reads a 20-page review of the reforms underway in Connecticut. “When the department began to reduce group placements, it hit an unexpected challenge: savings from group placement reduction were not all reinvested into family- and community-basaed services. Instead some of the savings were swept back into the state’s general fund.”

The reinvestment that has been done has not translated into better outcomes in the representative sample of cases the court monitor reviews each quarter. Half of the children whose cases were reviewed last quarter did not have their basic needs met, the monitor reported.

“There have been a lot of reductions in DCF’s contracts for therapeutic support services,” Sen. Mae Flexer, D-Killingly, told the commissioner of services in her northeast Connecticut district. “They’re being returned to their families and yet the community supports are being weakened… If the families don’t have the supports, you are probably going to end up dealing with these families in more dire circumstances.”

Flexer was interested in the community-based services. She was told state spending declined on those outpatient services from $17.5 million last fiscal year to $14 million this year.

Sen. Beth Bye, D-West Hartford, asked about a DCF program that helps youth with significant health needs. “I know a lot of times families want services and don’t get them, and they feel like they are in desperate situations,” said Bye, the co-chairwoman of the powerful Appropriations Committee.

The governor is proposing giving Katz the authority to determine where the additional cuts would be made next year.

Katz said it was too early to say definitively, but she told legislators that closing additional group homes would probably be on her list and that legislators would have to trust that she will make the right decisions.

“We are going to have to look long and hard,” she said. “It’s the 400 pound gorilla in the room. It really is about trust. It’s about you trusting me. It’s about me turning to you and working with the community providers, because nobody does this work alone.”

Asked bluntly by a legislator whether all the cuts have hurt children in her care, she said not yet.

“Look, there is not this well. In other words, there will come a point in time, absolutely, when we will not be able to reduce it any further,” she said.