In Avon, a feeling of unease lingers as inauguration nears 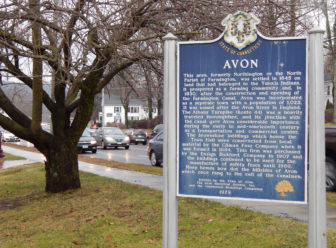 Commuters driving home from work on a rainy weekday in January fill U.S. Rt. 44 in Avon.

Fourth in a series of visits to Connecticut towns leading up to the inauguration.

Avon — It’s not hard to uncover a sense of anxiety in the Farmington Valley on both sides of the political divide as the inauguration of Donald J. Trump nears.

For some, that anxiety is driven by the uncertainty surrounding Trump, who is set to assume office on Friday. But for others, it is the circumstances they have endured over the last eight years that drive it – and they hope Trump will bring solutions.

Democrat Hillary Clinton managed to win 53 percent of the votes in Avon, a town that gave Republican Mitt Romney nearly the same margin four years earlier. She also dealt Trump bigger losses in Simsbury and Farmington than were seen in 2012.

These predominantly white, affluent suburbs of Hartford – with median household incomes sitting between $90,000 and $125,000 – make up one of just two regions in Connecticut where Trump lost significant ground compared to past Republican nominees.

While most people here have the same mix of hope and fear seen nationally, there seems to be a reservoir of admiration and affection for President Barack Obama.

But a deep shift also took place in the Farmington Valley during the general election, with both Republicans and Democrats breaking from their parties to vote for the opposing party’s candidate.

Jane Gottier, a West Simsbury resident, had Trump on her mind during a recent visit to Washington, D.C.

“I went to the Lincoln monument,” Gottier said. “Read it. Read what Lincoln said. If you don’t have tears coming down your face— it’s scary to think what Trump is doing.”

Gottier’s patriotism runs deep. Her ancestors came to America aboard the Mayflower and, generations later, fought in the Civil War. In the past, she believed Republican candidates would make the best decisions for the country. That made voting for Clinton last November “probably the most difficult” decision she’s had to make in an election.

“It’s the first time I’ve ever voted for a Democrat,” Gottier said outside a store at the Avon Village Marketplace. “I’ve always believed in the Republican Party.”

Gottier said despite her decision to vote for Clinton, she never felt like she could trust her. But what weighed more heavily on her mind was a lack of restraint displayed by Trump, whom she contrasted with Obama. She pointed to Obama’s farewell address as an example, calling his remarks “measured” and “thoughtful.”

“I think Trump loves this country,” Gottier said. “But I don’t know if he listens. And that’s what I’m concerned about.”

“He needs to be a little more humble,” she added. “Somebody needs to humble him.”

Despite her concerns, Gottier remains hopeful about the country’s future. She points to the country’s long history of overcoming adversity. 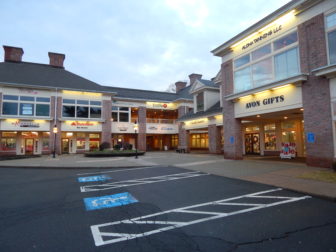 But while Gottier shows how Clinton made gains in the region, it was not as cut and dried as a few more Republicans breaking Clinton’s way than did for Obama four years earlier.

David Kniep, a property manager who lives in Avon, exemplifies a countercurrent that also existed on Election Day. In 2008 and 2012, Kniep voted for Obama. But this past November, he voted for Trump.

“President Obama was a good president,” Kniep said. “I’m a registered Democrat, but I couldn’t find myself voting for Hillary Clinton.”

Kniep said he considers Clinton to be “brilliant” and would love to see a woman elected president, but there was something off-putting that kept him from casting a ballot for her. He also said Clinton is part of the “old guard” of the Democratic Party, and he is more excited about the “the up-and-coming, younger generation” of leaders.

If Trump can focus on “positive goals,” Kniep said, then he thinks the next four years would be worth breaking from his party. He said the most pressing issues include job growth, improving education and making college more affordable.

Even on immigration, Kniep said, he could find some common ground with Trump, though he is opposed to building a wall along the Mexican border. But Kniep said he wants lawmakers to pursue a solution to the country’s broken immigration system.

“We definitely have to give him a chance to see what he does for the country,” Kniep said. “It sounds like he wants to make some changes, and I think that’s a positive step.”

Suzanne Damato, a Simsbury resident who works in the health care industry, said she is encouraged by Trump’s election, if only because he may be able to help her family recover from the economic hardship they’ve seen over the last eight years. In that time, she said, her husband lost his job and she faced the challenge of paying for her son to attend college.

“Truthfully, I think, Obama, when he first came eight years ago — I was fine,” Damato said. “I thought, ‘OK, great. Hope and change.’ And truthfully, his ideology is wonderful, but I just don’t think he had what it took to really make a difference.”

“And I think Trump, being a businessman – although, some of the things he says are rather shocking – I think he can make things happen, because that’s what he does,” Damato said.

Some residents are concerned, though, that even if Trump’s policies might help to solve certain problems, he may have the wrong priorities when taking office.

“I’m a bit concerned about some of his viewpoints, putting immigration before things like health care and that sort of thing,” said Chris Mathein, a silversmith who works in Avon but lives in Canton. 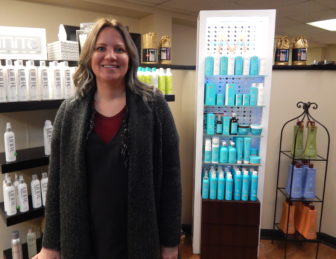 Kylee Melnysyn, a hairstylist from Avon, voted for Bernie Sanders in the primary and general election.

Mathein said he hopes that Trump will work to stimulate economic growth, but is concerned he may put his own business’ growth over the country’s economic wellbeing.

Increasing partisanship in the wake of the election remains a concern as well. For Kylee Melnysyn, a hair stylist from Avon, it’s her main concern.

“I’ve found that since his election there’s been quite a divide in the country,” Melnysyn said. “It’s definitely creating some anger and hate.”

Melnysyn was one of about 200 people in Avon who did not vote for either of the major-party candidates. Instead, she wrote in Bernie Sanders, whom she also voted for in the Democratic primary.

While she said she is fearful of the next four years, her hope is that Trump will not succeed in making “any major changes in our human rights laws.”

“I am hopeful that fear-mongering, hateful side of Trump is just for show and that he’s a little bit more logical in reality,” she said.

Read about our visits to East Haven, Darien, Ansonia and Voluntown.