The comptroller will recommend legislation to the General Assembly that would: 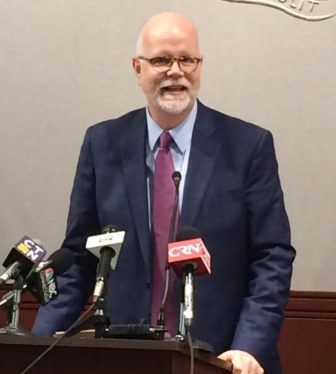 “The pharmaceutical drug market is in bad health — getting sicker — and we have a prescription for it,” Lembo said. “In a divided country, when we’re desperate to find common ground, virtually everyone can agree that prescription drug costs are out of control and must be fixed.”

“There should be some relationship between the cost necessary to bring a drug to market and what they charge (consumers) for it,” Steinberg said. “This is a sensible way for us to go forward.”

Lembo said the legislation still is being developed, adding that he also would consult with Attorney General George Jepsen’s office regarding what types of sanctions Connecticut might impose against drug companies that can’t justify sharp price increases.

Lembo was part of a working group of the National Academy for State Health Policy that developed a series of policy options for states to address drug prices. Increasing price transparency was among the group’s suggestions.

“While not a complete panacea, these efforts can give states critical information for more effective decision-making, and it can provide the data needed to implement other strategies,” the group’s report said.

The comptroller also said Tuesday that, “There’s been an erosion over the last two decades” of federal regulation of the pharmaceutical industry, and states have no choice but to develop whatever controls they can. 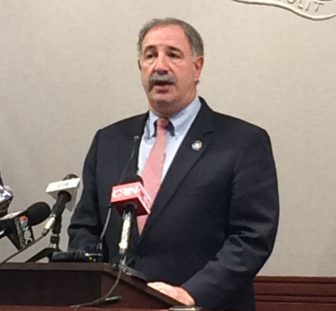 “It’s very clear that the federal government will not take action,” Steinberg said.

President Trump excoriated the pharmaceutical industry in his first press conference after being elected, saying drug companies were “getting away with murder” because of their prices.

Polling indicates that prescription drug prices are a major concern among the public. Seventy-seven percent of those surveyed in a September poll by the Kaiser Family Foundation said drug costs were unreasonable, although the majority of those who take medication said it was easy for them to pay for their medication.

The idea of getting drug companies to disclose more information on how they set prices was widely popular, according to the poll – 86 percent favored it. Less popular was the idea of encouraging people to buy lower-cost medications by requiring them to pay a higher share of the cost if they selected a similar drug with higher costs. Only 42 percent of survey respondents favored it.