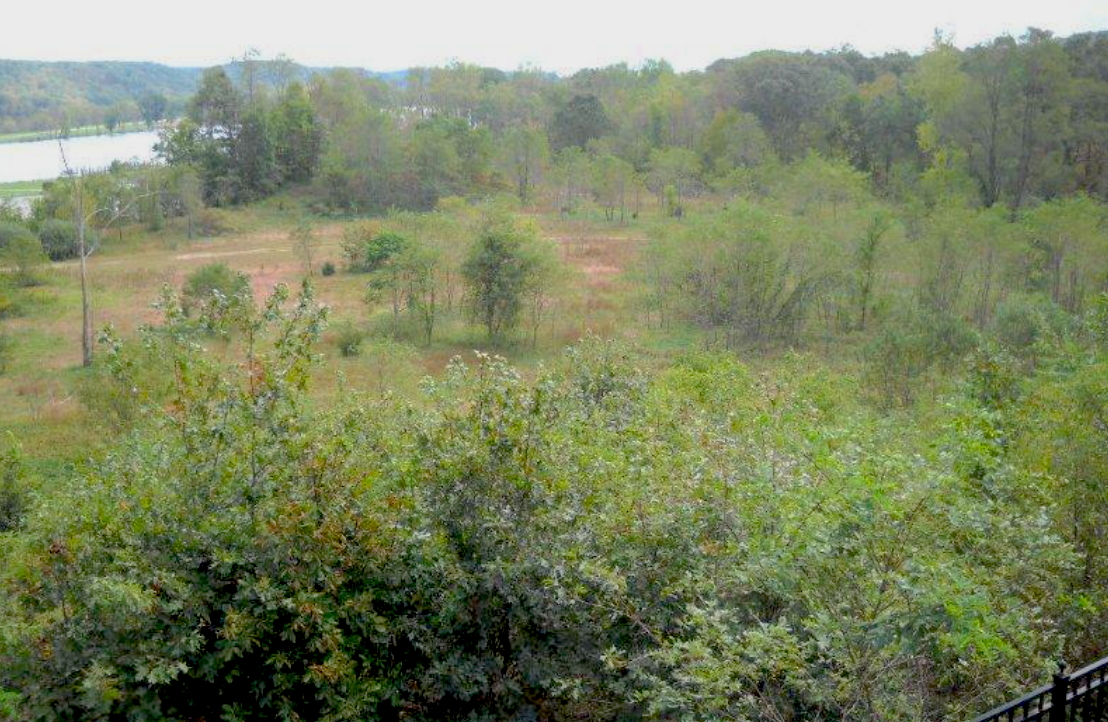 Part of the Haddam parcel that raised concerns about the sale of state land. The Connecticut River is in the background.

Conservation advocates hope to clear a crucial hurdle this spring toward establishing tougher standards for the sale or transfer of state property.

With successful votes in the House and Senate, they could put a proposed amendment to the state Constitution on the November 2018 ballot. If ratified, it would prevent the legislature from selling, trading or giving away state land without a public hearing and a two-thirds’ vote of approval in both chambers.

The General Assembly has a longstanding practice of conveying dozens of state parcels annually in an omnibus bill that gets little public scrutiny.

And as state government enters a 15- to 20-year period of constrained budgets, some advocates fear officials might be tempted to sell valuable land assets for short-term budgetary solutions.

With more than 170 parks, forests and wildlife management areas, Connecticut has a treasure trove of natural assets that greatly add to the quality of life here.

But Hammerling said it doesn’t take much — such as the development of a mini-mall on a seemingly innocuous parcel of wetlands that actually drains into a nearby nature preserve — to dramatically change a valuable asset.

“We typically have little warning on which parcels of state lands are being proposed to be given away,” Hammerling testified before the legislature’s Government Administration and Elections Committee this week.

Eagle Landing State Park in Haddam, adjacent to the parcel involved in the controversial Haddam land swap. The Goodspeed Opera House and East Haddam are in the background across the Connecticut River.

And if that transfer is one of the many ordered annually by the legislature, it usually comes in the waning days of the session “when the rules are suspended and bills are flying through. … The process shouldn’t work this way, and conveyances of public lands through the General Assembly should be the last resort, and not the first.”

“This process has been increasingly abused to bypass any reasonable review of the land being sold, and ultimately masks some transfers from even a minimum assessment of the land’s significance,” added Lori Brown, executive director of the Connecticut League of Conservation Voters.

The primary example advocates point to involves the Clark Creek Management Area, 17 acres of state land behind Eagle Landing State Park, which runs along the Connecticut River in Haddam.

In 2009, then-Sen. Eileen Daily, D-Westbrook, secured passage of a bill to swap those 17 acres to a developer in exchange for 87 acres of forest land elsewhere in Haddam. Then-Gov. M. Jodi Rell vetoed that bill.

Daily got the swap through the legislature again in 2011, but it eventually bogged down after appraisals showed the state’s 17 acres were worth much more than the 87 acres the developer was offering.

The proposed constitutional amendment deals only with sales or transfers ordered by lawmakers. Those arranged by state agencies in accordance with the law, advocates say, typically follow a much more deliberative and transparent process.

Margaret Miner, executive director of the Rivers Alliance of Connecticut, testified that if the amendment is ratified, it also will dissuade some who otherwise would attempt to move land in a less-than-transparent way.

“We anticipate that many conveyances that would formerly have been put in a conveyance bill, will now go through the state (agency review) process.”

According to the state Constitution, an amendment can be placed on the ballot by the legislature in one of two ways:

If both the House and the Senate approve a proposed amendment, and at least 75 percent of each chamber’s membership supports it, the proposal would go on the next statewide ballot.

If the House and Senate both back the amendment next session, but one or both of them approves it with less than 75 percent support, it would have to be reconsidered by the General Assembly. If the resolution were then to pass both chambers, by any margin, for a second time, it would be placed on the statewide ballot. 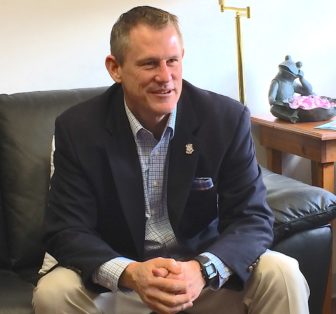 That is the route conservation advocates expect this amendment to take.

The House and Senate both passed the land conveyance resolution last spring, but not with the three-quarters’ support needed to put it directly on the 2016 ballot.

Still, proponents say they are optimistic they will get a second round of approval in both chambers this session, which would ensure the public could decide the measure at the polls in November 2018.

“We’ve made great strides in the last four to five years” in land conservation efforts, said Sen. Kevin Witkos, R-Canton, who added the state has been particularly effective partnering with land trusts to expand these efforts.

Still, Connecticut is only about three-quarters of the way toward its goal of preserving 20 percent of all land statewide, Witkos said, and if more deals such as the Haddam land swap occur, there could be a loss of public trust. “You would probably see a slowdown of people bequeathing their property” to a public or private conservation program, he said.

“One important role of the Department of Energy and Environmental Protection is to acquire conservation and recreation lands for the benefit of the public,” DEEP Commissioner Robert Klee said in support of the proposed amendment. “The Department’s lands have been acquired over many decades, some given in good faith to the state, to provide residents with the quality of life that comes with extensive outdoor recreational opportunities. … The Department believes that a Constitutional Amendment could provide assurances that lands of special value will be better protected against sale or otherwise lost to future generations.”

“The state was giving away its public land without a deliberate, transparent process,” said Sen. Ted Kennedy Jr., D-Branford, who said the Haddam land swap “was the spark that really ignited this issue.”

The proposed amendment, Kennedy added, follows the example of many other states — that is, not to stop all land sales or conveyances, but rather to ensure all are evaluated, thoroughly and publicly.

Hammerling said conservation advocates understand that not all conveyances would cease under this approach.

But as fiscal pressures grow on the state, it is more important than ever to ensure land sales and transfers are made wisely, he said. 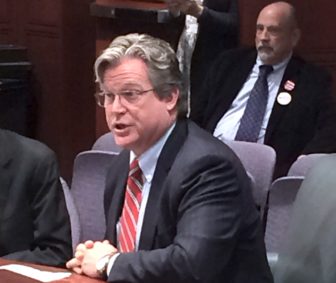 And to those who would say state government wouldn’t consider selling its assets to balance the books, they only need to look back eight years.

Gov. Rell and the 2009 legislature, struggling to prop up a state budget facing massive deficits as Connecticut slipped into the Great Recession, ordered a plan to raise $60 million in revenue over two years through the sale of state land and buildings.

Her administration and the treasurer’s office compiled a list of more than 260 properties.

Enthusiasm for the plan waned and, as the two-year budget cycle wound down, less than $2 million in sales had been completed.

Still, one of the properties the Rell administration announced it negotiated unsuccessfully to sell for $8 million was the land and buildings at the former Seaside Regional Center, a state facility for the developmentally disabled.

Gov. Dannel P. Malloy’s administration took the 32-acre parcel on Long Island Sound in a new direction in 2014, announcing plans to develop it into a state park.

According to DEEP spokesman Dennis Schain, the state currently is working on an environmental impact evaluation which must be completed before park development can occur.

The state also is seeking a private partner to assist with some of the park redevelopment work.