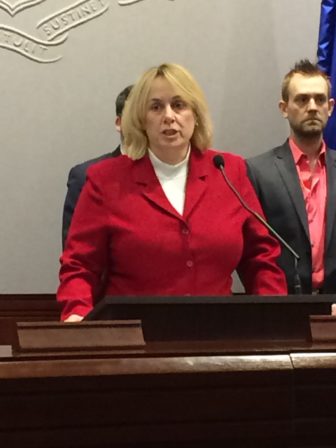 Connecticut businesses can afford — and should pay — higher taxes to support investments in education, health care and other priorities to grow the economy and preserve quality of life, a report sponsored by the state’s biggest labor group urged Wednesday.

The analysis prepared for the state AFL-CIO by the Center for Public Policy and Social Research — a policy think-tank at Central Connecticut State University in New Britain — also concluded Connecticut businesses enjoy some of the best economic advantages in the nation.

But the state’s chief business lobby countered Wednesday that Connecticut lost jobs in 2016 while they grew in most of the rest of the nation, and this dangerous trend cannot be reversed if taxes are not stabilized.

“The question we must now ask is what will happen in the next 10 to 15 years?” center analysts wrote. “If businesses continue to receive these economic and tax benefits, but without contributions comparable to other states that are performing better than Connecticut, what will happen to their competitive advantages and the state’s quality of life in the long run?”

Those advantages, the report asserts, often are overlooked as public perceptions — fostered by business leaders and many elected officials — are of “a hostile business climate,  burdensome tax structure and an uncoordinated and undisciplined state budget.”

Connecticut has the lowest total effective state and local tax burden of any state in the nation. That’s according to a controversial assessment produced annually for the Council on State Taxation by the global accounting firm of Ernst & Young.

Connecticut actually is tied for the most favorable business climate — if one considers not just the cost of doing business, but the potential for earning big profits here, according to Ernst & Young’s last analysis, issued in December 2016.

State and local business taxes here represent just 3.5 percent of gross state product, or the value of all goods and services produced annually in Connecticut. Only Alaska and North Carolina can also boast a ratio this low, which is well below the national average of 4.6 percent.

But critics argue this methodology understates the hugely negative effects state and local tax increases can have on business investments while also failing to consider other high business costs in Connecticut, such as utility, labor and transportation expenses.

The new study prepared for the AFL-CIO concluded Connecticut has the lowest business tax burdens in the region when they are viewed as a share of its workforce. In other words, Connecticut collects 80 cents in business taxes for every private-sector worker employed.

At the same time, the state has:

According to one statewide survey, 82 percent of residents are satisfied with the community in which they live, while 70 percent say Connecticut is a good place to raise children.

About 94 percent of those surveyed have health insurance, with 62 percent getting it through a current or former employer or through their union. About 60 percent said they “live comfortably” or are “doing all right,” and 87 percent said they have enough money to buy food.

Despite these strengths, Gov. Dannel P. Malloy and the General Assembly adopted a state budget last spring that “was not reflective of our Connecticut values,” missed opportunities to create tax fairness and transparency, and triggered more than 1,000 state employee layoffs, AFL-CIO President Lori J. Pelletier said.

Those choices “contracted our economy, and it looks now that we’re setting ourselves up for a repeat of last year,” she added. “And that my friends, is the definition of insanity.” 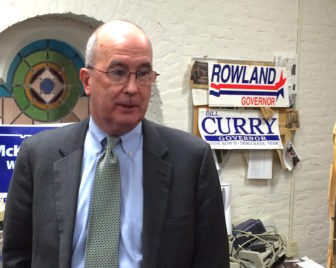 Joseph F. Brennan, president and CEO of the Connecticut Business and Industry Association.

“We clearly need to invest more in certain areas, transportation being one, but the reality is we are looking at a $1.7 billion deficit next (fiscal) year, a similar one the year after that, and enormous unfunded liabilities.”

Connecticut’s recovery from the last recession has lagged the nation’s, and the state lost jobs in 2016 while nearly every other state made gains, Brennan said, adding that the high cost of doing business here, an aging transportation system, state government’s budgetary instability, and the loss of trained workers to other states, are the chief obstacles.

“If anybody suggests that the best way for Connecticut to improve its economic well-being … is to make it more expensive to do business here and live here, then that just flies in the face of common sense,” Brennan said.

The CBIA leader added that, “I categorically deny the fact that business (leaders) are too negative. I talk all of the time about the tremendous assets we have in Connecticut. … But we need to leverage these strengths better and attack our weaknesses.”