Bankruptcy for Hartford may hinge on CT tax debate 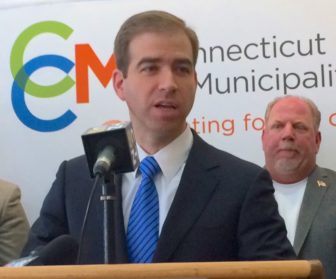 The money Hartford Mayor Luke Bronin needs to keep his city out of bankruptcy is more than a drop in the state budget bucket — but not that much more.

The $40 million extra Bronin wants is one-fifth of 1 percent of the entire state budget.

Put another way, the deficit in the next state budget is 57 times greater than Hartford’s ask.

And still another, Connecticut will spend twice that much this year just to run its Department of Motor Vehicles.

Still, Hartford’s solvency may hinge on how Gov. Dannel P. Malloy and state legislators decide on whether Connecticut taxpayers can absorb another major tax hike next fiscal year.

The math, and some state budget proposals already on record, suggest hundreds of millions of dollars of new revenue — at least — is needed to balance the books without gutting aid to all communities.

And the politics — of those who accept tax hikes as well as those who have ruled them out — suggest it would be very difficult to get votes for a Hartford bailout when aid to most other communities is disappearing.

‘It is definitely a heavy lift’

“It is definitely a heavy lift,” said Rep. Brandon McGee, D-Hartford, a member of the legislature’s Finance, Revenue and Bonding Committee.

“I think it is part of the state’s responsibility to help municipalities in need,” McGee told The Mirror.

The city not only has Connecticut’s highest commercial property tax rate — at 74.29 mills, or $74.29 for every $1,000 of assessed property value — but more than 51 percent of its property value is exempt from taxation. That includes hospitals, universities, an airport, a trash-to-energy plant, and numerous state offices and facilities.

But McGee quickly added that Hartford’s delegation recognizes Connecticut’s finances are in rough shape. “We have colleagues who have to return to their own districts and have to give good or bad updates.”

History and math both suggest no legislator will bring much good fiscal news back to his or her district this year.

Analysts say state finances, unless adjusted, would run as much as $2.3 billion in deficit next fiscal year, a gap of 12 percent. The potential hole stretches to $2.8 billion, or 14 percent, in 2018-19.

Analysts project the pension debt costs will remain a problem for the next decade and a half. Economists and business leaders say that unless spending can be controlled, the the tax erosion will get worse as well.

Sen. John Fonfara of Hartford, the Senate Democratic chair of the finance panel, told The Mirror earlier this spring that Connecticut faces the ultimate juggling act.

“We have to balance the need to address our current situation with building the capacity to grow our economy,” he added.

Toward that end, Fonfara said last week, most legislators want to minimize the new revenue they seek, and raise it in ways least likely to weaken the economy. The first part of that equation means cutting spending more deeply than before.

But that’s where things get tricky.

Almost two-thirds of the state’s $18 billion General Fund involves costs that largely are fixed by contract or federal rules, such as employee wages and benefits — including pensions and retirement health care — the Medicaid program and payments on bonded debt.

And of the little more than $6 billion that’s left, about $3 billion goes to cities and towns as grants.

So how do you close annual deficits of $2.3 billion and $2.8 billion with spending cuts — without gutting municipal aid, something legislators from neither party nor Gov. Dannel P. Malloy have done since he took office in 2011?

Further complicating matters, a dozen of the state’s poorest communities receive about half the total of the largest grant program, the $2 billion Education Cost Sharing program, which helps fund local school districts.

So how do legislators avoid major state tax hikes without cutting local aid — and not just grants to the wealthy towns?

And if legislators do cut aid to most communities, will their legislators still want to provide something extra for Hartford?

“From Day One I have felt and still feel if we are not helping towns in general, then it will be very, very difficult to ask for the support we need,” Fonfara said.

No one wants a Hartford bankruptcy

Without speculating on how many towns might be asked to sacrifice, McGee said he’s hopeful most legislators realize that if Hartford files for bankruptcy, the ripples will be felt beyond the capital city.

“If Hartford declares bankruptcy we’re talking about a major impact,” he said, adding that businesses weighing whether to move, expand, or leave here, and the Wall Street credit-rating agencies, all are watching closely. “That’s a bad look for the entire state.”

And while the budget House and Senate Republicans proposed recommended less than $8 million in extra aid next fiscal year, GOP leaders said bankruptcy would be a mistake.

Both House Minority Leader Themis Klarides, R-Derby, and Senate Republican Leader Len Fasano of North Haven, said Republicans would take a second look at Hartford as they develop adjustments next week to their budget plan.

“In a $20 billion budget plan,” $40 million extra for Hartford “is something that is manageable,” Fasano said. “Hartford filing bankruptcy is not a good headline for the state.”

But at the same time, the challenge for legislators and Malloy of avoiding a major state tax increase got much more difficult two weeks ago.

And they were all looking at tax hikes, in varying degrees, before that happened.

Running out of options to avoid big tax hikes

Largely because of eroding state income tax receipts in April, analysts downgraded projected revenues for next fiscal year by about $600 million, and then by another $865 million for 2018-19. 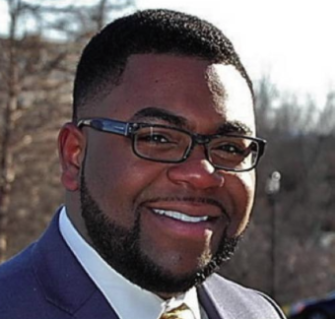 Malloy proposed about $200 million in tax hikes next year, plus raising just over $400 million annually by billing cities and towns for a portion of the state’s contribution to the teachers’ pension fund. The governor also proposed allowing communities to tax nonprofit hospitals’ real property — a $213 million per year tax hike at the local level.

The Republican budget relied on new revenues the least, proposing a small net tax hike next fiscal year of $30 million.

Reductions in income tax credits for the middle class and working poor were somewhat offset by cuts in taxes on estates and insurance companies and a larger income tax exemption for Social Security.

But that same Republican plan is at least $600 million out of balance once the April income tax erosion is considered.

Bronin largely has stayed out of the state tax debate. But he has warned state officials repeatedly to take his warnings about bankruptcy seriously.

The mayor told The Mirror last week that a sales tax expansion plan he and dozens of other municipal leaders developed for the Connecticut Conference of Municipalities this past January remains a viable option to help balance the state’s books.

“We have to be very careful to maintain our competitiveness as a state, and that means holding the line on uncompetitive tax increases,” Bronin said. “I strongly support the recommendations of the bipartisan Connecticut Conference of Municipalities task force, which called for dedicating new revenue from the sales tax — where Connecticut is still competitive — to help protect against property tax increases in cities and towns where property taxes are far too high.”