“Michael got a diploma, but not an education.”

U.S. Education Secretary Betsy DeVos used the story of Michael, a young man who grew up in East Hartford, to sell President Donald Trump’s education budget  before a congressional subcommittee Wednesday. That budget would cut funding for education by 13.5 percent next year. (More on that here.) 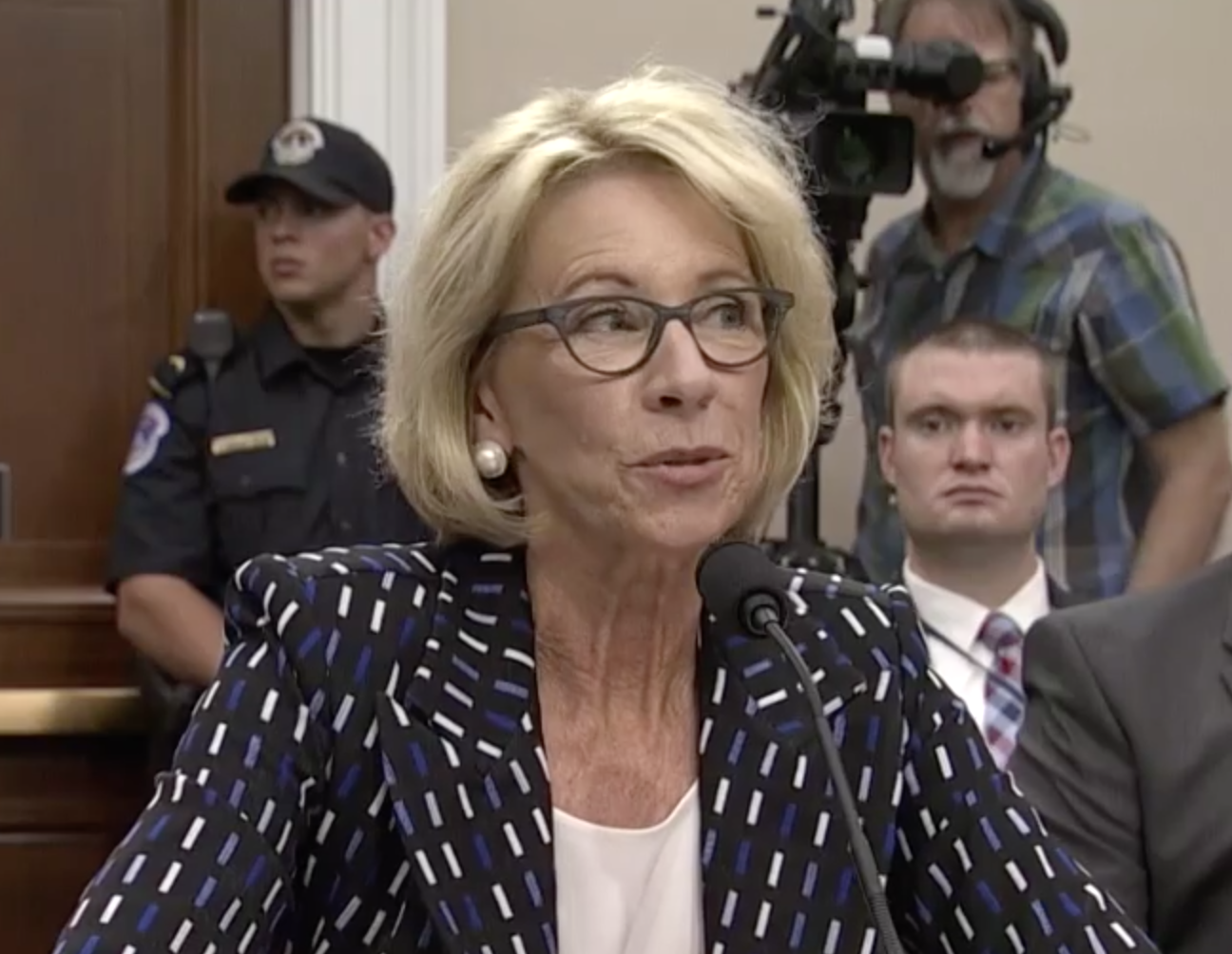 DeVos, who met Michael during a visit to Valencia College in Florida in March, said his “story truly spoke to me.” She did not give Michael’s last name in her testimony before the appropriations subcommittee that oversees education.

“While today’s hearing is meant to focus on the numbers and mechanics of the budget, I hope we’ll all remember our goal and our purpose: how to best serve America’s students. Allow me to share just one example,” she said in opening her statement.

DeVos said Michael attended a public high school in East Hartford and described it as one where teachers had little control of the classroom and Michael was passed from grade to grade, with little learned. When she met Michael, who is now in community college in Florida, he described East Hartford as a “dangerous daycare,” DeVos said.

“The school simply passed him along from year-to-year, giving him D’s and sending the not-so-subtle message that they didn’t think Michael would amount to much,” she told the panel.

DeVos said Michael credited later success at a Florida community college with turning his life around.

DeVos said her proposals for reallocating education funding would mean students would be less likely to be trapped in failing schools.

DeVos’s statements on the value of a high school diploma in Connecticut were similar to comments made by a Superior Court judge who last September lambasted the state for a public education conveyor belt that passes students along. 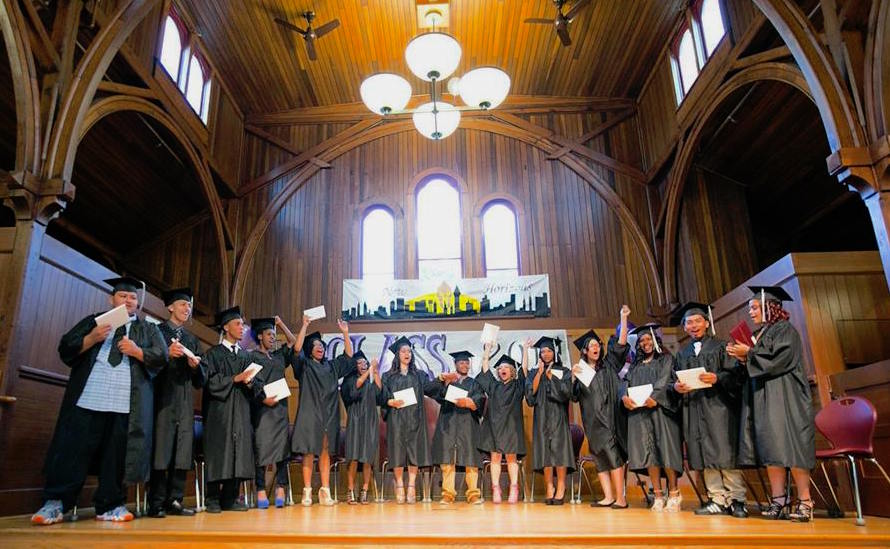 What does a high school diploma prove?

“What it means to have a secondary education is like a sugar-cube boat. It dissolves before it’s half launched,” Connecticut Superior Court Judge Thomas Moukawsher wrote in a scathing indictment of the education students receive in the state’s most impoverished districts. “State graduation and advancement standards are so loose that in struggling cities the neediest are leaving schools with diplomas but without the education we promise them.”

Moukawsher, who presided over a five-month trial last spring over the adequacy of school funding, ordered the legislature to come up with stricter standards for earning a high school diploma, but the state legislature is poised to loosen high school graduation requirements.

During the school-funding trial, East Hartford Superintendent Nathan Quesnel was one of the key witnesses for a coalition suing the state. His testimony included stories about how his district is unable to provide the level of education he believes his students deserve.

But U.S. Rep. Rosa DeLauro, the ranking Democrat on the subcommittee DeVos testified before Wednesday, said Trump’s proposed budget is not the way to make things better in Connecticut’s struggling schools.

“I believe that the proposals contained in President Trump’s budget are alarming and, quite frankly, this puts us on a path towards the privatization of public education,” DeLauro said.

“This budget intends to shift public school funding and to advance an agenda that transfers taxpayer dollars out of local community schools,” she said, as a student from New Haven that was shadowing her sat nearby. “We have an achievement gap in this country — and it is worse in high-poverty areas, both urban and rural. Yet these are the very areas we would starve with this budget.”

“I recently met a young man – Michael – whose story truly spoke to me. Michael grew up in East Hartford, Connecticut, in a low-income neighborhood. He was an average student throughout elementary and middle school, but that all changed when he reached the district high school.

“Michael described a school where students were the real ones in charge of the class, and they would make it impossible for the teacher to teach.

“He was constantly bullied, to the point he was afraid to even go to the school’s bathroom, and this constant fear made him hate school. He described the school he was assigned to as, and I quote, “nothing more than adult day care … a dangerous daycare.”

“But even though he was failing his classes, the school simply passed him along from year-to-year, giving him D’s and sending the not-so-subtle message that they didn’t think Michael would amount to much.

“Michael got a diploma, but not an education.

“Michael followed the path he thought he was destined for, working in a low-skill, low-wage job. But with the encouragement of his wife, Michael took a course at the local community college to see what was possible for him. He found an environment that was invested in his success, and much to his surprise, Michael earned an A. He thought it was a fluke. So he took more classes, and lo and behold, he earned more A’s. He’s now in the school’s honors program with the goal of working as an emergency room nurse.

“His success is America’s success. Access to a quality education is the path to the American dream.

“So I ask you to keep Michael, and countless other students like him, in mind as we go about our shared work to support America’s students. No student should feel they attend a “dangerous daycare.” No child’s dreams should be limited by the quality, or lack thereof, of the education they receive.”

COVID-19 is putting our communities under extraordinary pressure. As we all scramble to adjust to our new realities, we must be especially mindful of risks that prolonged school closures and social distancing policies will pose to the safety and security of our most vulnerable children.

Partnership for Connecticut is giving laptops to 60,551 high school students in the state's lowest-performing districts while schools are closed.

Two districts, two very different plans for students while school is out indefinitely

All schools are closed in Connecticut for the foreseeable future. But not all students are getting the same learning opportunities.