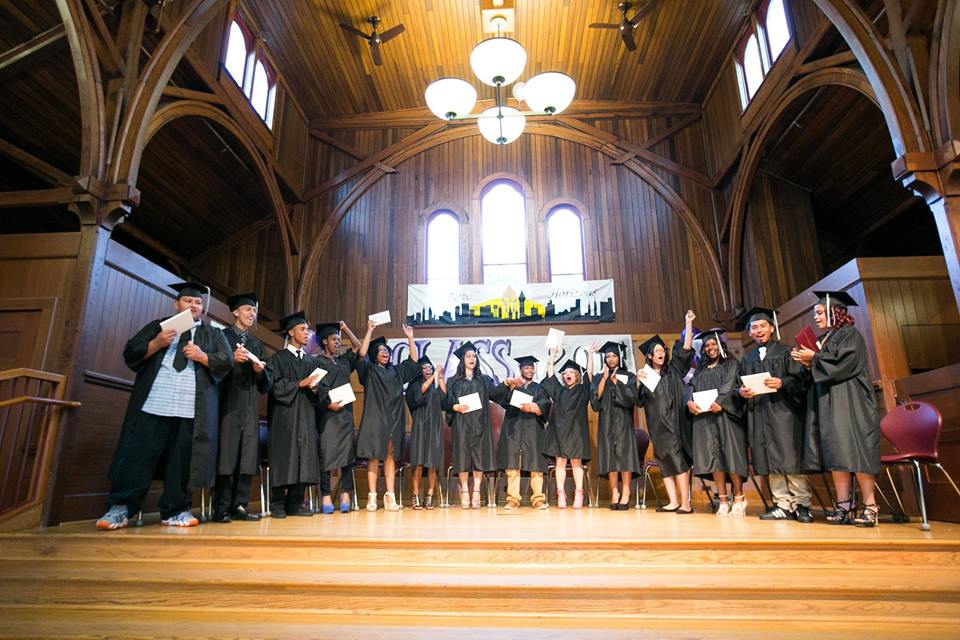 Ordered by a Superior Court judge last fall to bolster graduation requirements so students are no longer awarded “diplomas but without the education we promise them,” state legislators instead are poised to pass legislation that loosens those requirements.

Legislators have repeatedly put off implementing tougher graduation requirements after adopting them back in 2010 as the state was competing for federal Race to the Top funding. The legislation required students to earn additional credits in mathematics, science and foreign language; complete a senior project; and pass exams in algebra, geometry, biology, American history and English to graduate.

The increased requirements were supposed to begin with the class of 2018, but after the state failed to win the millions in federal aid that would have paid to hire teachers for the added courses, the state has regularly pushed back implementing the requirements.

This year the legislature is expected to go further.

Legislation that won unanimous approval in the Senate last Thursday does away with the exit exams and senior project and broadens the description of courses students must take to graduate. It also pushes back for another two years the requirement that students earn 25 credits to graduate instead of the current 20. The senior project would be replaced with a “mastery-based diploma assessment” which is “achieved through educational experiences and opportunities that provide flexible and multiple pathways to learning” such as career or technical education, virtual learning, internship or independent study.

What does a high school diploma prove

“It is our responsibility to ensure that students graduating from Connecticut high schools are equipped to succeed, no matter what path they pursue in life,” state Sen. Gayle Slossberg, the co-chair of the legislature’s Education Committee, said in a press release sent out after the Senate passed the bill with no debate. “These new requirements are a critical part of living up to that responsibility… Students will now be able to choose from a greater variety of courses, allowing them to tailor their education to their own interests and goals.”

The bill now goes to the state House of Representatives, where it is expected to pass.

The bill has the backing of much of the education establishment, including the state’s education commissioner and the state associations that represent superintendents and principals.

The bipartisan bill replaces the specific courses students must complete – such as Algebra I, statistics, American history and physical science – with broad requirements, such as “nine credits in science, technology, engineering and mathematics.” This essentially leaves graduation requirements up to local school districts.

“I think the flexibility of allowing many more routes to the 25 credits will make it possible for all our kids to get what they need, and that way we don’t need to continue the delay,” Connecticut Education Commissioner Dianna Wentzell testified.

Not everyone is convinced that leaving graduation standards up to local educators is the best approach.

After hearing the leaders of Bridgeport and Windham testify during a lengthy school-funding trial that it is possible for someone who is illiterate to get a high school diploma – and the high rates of students showing up for college in need of high school-level courses – Superior Court Judge Thomas Moukawsher ordered the state to step up.

“Without any reasonable doubt, this breaks the state’s constitutional promise of a free secondary education by making it for the neediest students meaningless. Among the poorest, most of the students are being let down by patronizing and illusory degrees,” the judge wrote. “A new system is constitutionally required to rationally, substantially, and verifiably connect an education degree with an education.”

But such a shift would be expensive, and the state is facing major budget deficits.

The legislature’s Office of Fiscal Analysis estimates that increasing graduation requirements to 25 credits and requiring end-of-course exams would cost local districts $3.5 to $5.5 million and the State Department of Education $3.4 million to $6 million.

Barbara Myer-Mitchell, the secretary of Norwalk Public Schools’ Parent Teacher Organization and founder of Norwalk Parents for Education, has told legislators that schools in her district aren’t able to increase the credit students must take to graduate.

“We have several students who, because we don’t have enough money for enough teachers to run the classes, are going to have trouble reaching their 25 credits to graduate,” she testified before the Education Committee.

Rep. Michael Ferguson, R-Danbury, said scaling back the requirements are necessary because the funding has not been provided to implement them.

“Enacting these mandates become impracticable because high schools would need an unrealistic amount of staff and resources in order for every student to complete a senior project and take more courses. I think the educational advancements behind the Race to the Top program were well-intended, but without proper state funding our school districts would be financially stressed even more than they are by the impractical cost of implementing these standards,” he said in a press release the day the Education Committee considered the bill.

But there are some who are hesitant to support the changes legislators are moving forward with.

Testifying about doing away with thee senior project, he said, “We reserve judgment on the changes until we can more appropriately review the collective impact on students.”

Testifying about broadening the requirements for courses, he said, “There are trade-offs in the changes that may compromise the aspirations of students in other fields that are not considered STEM.”

Ultimately the Connecticut Supreme Court will decide whether to uphold the Superior Court’s order to bolster graduation standards. The case that led to the order is being appealed, and the Supreme Court could hear the case as early as September.