Another state employee union not voting on wage concessions 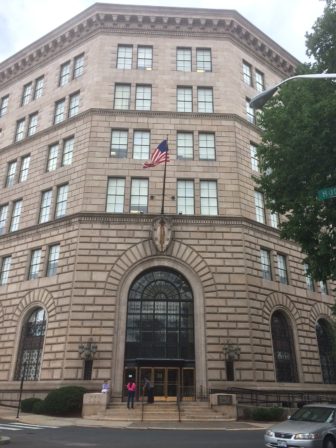 State police aren’t the only Connecticut employees not being asked to vote on the wage concessions most unionized workers are voting on this month.

But AFT Local 6574 is voting on proposed health care and retirement benefits concessions which — if ratified — would apply to all unionized employees.

Coupled with the 990 members of the troopers’ union, the assistant AG’s unit brings the number of state employees that aren’t being asked to accept specific wage concessions beyond 1,160. Malloy is counting on wage givebacks to provide roughly half of the labor savings he hopes to achieve this fiscal year and next.

“One of the primary reasons that we formed our union was to have a seat at the table in decisions over our wages and benefits,” said Emily Melendez, an assistant attorney general within the AG’s Office’s Health/Education unit and a member of the bargaining unit’s negotiations team. “For years, wage freezes were unilaterally applied to assistant attorneys general, and we had no opportunity to negotiate a return on the cost savings they produced.”

Assistant attorneys general have had their wages frozen seven of the past nine fiscal years.

Since the last recession in 2009, many non-union state employees have been subject to numerous pay freezes as Connecticut — and the state budget — have struggled with a sluggish economy.

And since Local 6574 was created, the administration and the unit have not resolved an initial contract, which also has kept salaries stagnant.

“We had been working towards a mutual agreement on a first contract for assistant attorneys general when state employee union leaders adopted the framework for protecting jobs and extending benefits,” said Michael Bullers, an assistant attorney general in the Torts/Civil Rights Unit and another member of the negotiations team. “The vast majority of state employees had the advantage of long-established contract language to build on in reaching individual unit tentative agreements over the next four weeks. We were not able to wrap up negotiations on all the outstanding issues for our new union that quickly.”

Chris McClure, spokesman for Malloy’s budget office, said that since an initial contract hadn’t been developed when the administration first approached the State Employees Bargaining Agent Coalition for concessions last fall, “the parties agreed that the negotiations on their (assistant attorneys general) initial collective bargaining agreement should begin after we had concluded our discussions to renegotiate the SEBAC agreement.”

Neither the administration nor Local 6574 indicated what it has proposed as it continues to negotiate a separate wage deal.

“We’re still at the table now, working toward our first contract, so we wouldn’t want to speculate on what any final contract might include,” Melendez said.

The state police union declined to reopen an existing three-year wage contract that entered its final year on July 1.

That deal provides troopers with a 2 percent raise this month and a 1 percent hike in January.

The union president, Andrew Matthews, said troopers have sacrificed and continue to do so. But they also play a unique role in state government.

“We’ve always said, in a respectful way, that we will continue to give concessions like we have in the 36 years of our existence,” Matthews said last week. “But we negotiated a contract in good faith and our members are unique in state service. We’re willing to risk our lives and give our lives for the taxpayers and the governor.”

State police union leadership is asking its members to ratify the benefits-related concessions the governor is seeking.

Senate Republican leader Len Fasano of North Haven has been critical of the concessions deal, saying it doesn’t provide sufficient savings given the layoff protection and benefits contract extension the state would provide in return.

Fasano also said, “I don’t think it’s fair” that some employees don’t have to vote on the wage concessions while most do.

And while the different arrangement for the assistant attorneys general was mentioned in the tentative concessions agreement released by the administration, Fasano said the Malloy administration should have disclosed immediately that the state police weren’t participating in the wage freeze.

Unions have discussed tentative plans to release all voting results on July 17.

Watch a cartoon primer on how the union concessions vote works: