After the holidays, the deficit awaits

Nothing like the holidays to slow down legislative activity in Washington and here in Connecticut.

Gov. Dannel P. Malloy wasn’t spending much time sipping egg nog or roasting chestnuts, however. He was busy trying to coax legislators to return in the new year with a plan to address several short- and long-term financial problems unresolved earlier this year.

Finding money for the chronically under-funded teachers’ pension fund without hurting other state programs is one concern. Ironically, the act of transferring millions of dollars of debt onto the educators themselves also will come at a cost.

For his part, Malloy wants the legislature to restructure its contributions into the teacher pension fund in a way that defers some expenses for decades and reduces the projected cost spikes in the coming 15 years. 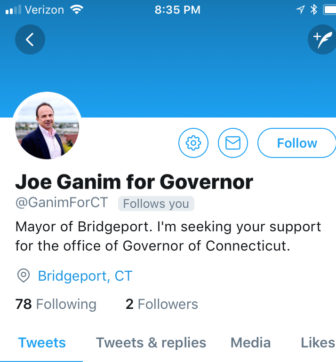 Neither should lawmakers return to increase their funding for the popular Medicare Savings Program (something they have promised to do) without also addressing the overall deficit with ”real and achievable spending cuts,” Malloy said. (A recent dose of federal money will allow the state to operate the children’s health insurance program or CHIP through February.)

And, indeed, the lawmakers say they will do just that.

While they are at it, the governor wants them (and presumably other candidates for elective office) to start addressing Connecticut’s critical need for transportation improvements even though it’s an election year. Without some attention, Connecticut’s network “will not be the kind of system that will support future economic development,” Transportation Commissioner James Redeker said.

Some legislators — in particular Rep. Josh Elliott (D-Shelton)– have their own agenda to pursue.

But speaking of candidates, Bridgeport Mayor Joe Ganim became one (sort of) before he intended to when “an enthusiastic supporter” opened a Ganim-for-Governor Twitter account in his name.  Prematurely, it turns out, but a candidate none-the-less.

And speaking of Twitter, that’s one format the state’s representatives in Washington, D.C., have used to address their constituents over the holidays. U.S. Rep. John Larson, D-1st District, meanwhile, has been making the rounds to various towns discussing the new federal tax reform law and its ramifications.