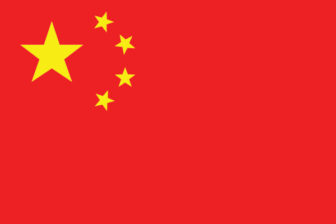 Washington – The U.S. trade war with China has already taken a toll on Connecticut companies and threatens to take a bigger bite out of a wide swath of state businesses – from dairy producers to manufacturers like Stanley Black and Decker.

On Monday, China announced it will raise tariffs on $60 billion in U.S. goods in retaliation for the Trump administration’s latest decision to increase duties on $200 billion worth of Chinese products.

The U.S. stock indexes plunged as the trade war between the world’s two largest economies intensified.

But President Donald Trump says a tough line is necessary because the Chinese government is ripping off American consumers and businesses by unfairly subsidizing Chinese companies, forcing technology transfers from U.S. firms and flooding global markets with cheap goods.

China is Connecticut’s sixth largest export market, purchasing $943 million in commodities from state companies in 2018. France is the largest purchaser of goods made in Connecticut, followed by Germany and Canada.

As of June 1, some of those goods made in Connecticut will become more expensive – and less attractive – to Chinese consumers as Beijing imposes new tariffs on them. The tariffs would range from 5 percent to 25 percent.

Meanwhile, the imported steel and aluminum Connecticut manufacturers rely on has become more expensive as the U.S. imposed tariffs on those metals earlier in the trade war.

New Britain-based Stanley Black and Decker told investors last month that tariffs had increased the “headwinds” that have buffeted the company.

CEO James Loree said his company raised prices to help offset steeper input expenses. But even that did not make up for the higher cost of material, he said.

“If the tariffs go away, that’s a pretty significant reduction in headwinds,” Loree said.

But now instead of relief, the company may feel stronger headwinds. Stanley Black & Decker plans to update investors on Thursday on the impact of the new volleys of tariffs between the United State and China.

Another Connecticut company, Groton-based Garbo Lobster, lost a significant portion of its business since China doubled tariffs last year on live U.S. seafood in retaliation for U.S. levies on Chinese imports. Garbo Lobster was forced to close its facility in January.

Meanwhile, Connecticut’s dairy producers benefited as U.S. sales to China increased 17 percent in the first half of 2018, helping to raise the price of milk and cheese.  But those sales dropped 33 percent in the second half of the year after the Chinese imposed retaliatory tariffs on American dairy products.

China said on Monday it would target American agricultural products when it imposes its new levies on June 1, provoking concern in the nation’s dairy industry.

“You hate to see the uncertainty of trade conflicts cloud a brightening horizon,” said Alan Bjerga of the National Milk Producers Federation.

“Global industry would be best served by a prompt, negotiated end to this dispute rather than a delay in reaching a resolution, which risks triggering ever-escalating retaliatory tariffs,” said Dan Stohr, spokesman for the Aerospace Industries Association. “We urge both sides to come together in good faith negotiations to reach an agreement that best serves the goal of free, fair and sustainable trade.”

Connecticut consumers will also feel the impact of the trade war, as hundreds of Chinese-made imports – from dog collars to computers – become more expensive as the cost of the tariffs is passed along to consumers.

“The costs of U.S. tariffs have fallen entirely on U.S. businesses and households, with no clear reduction in the prices charged by Chinese exporters,” Goldman Sachs analysts wrote in a note to investors Monday.

Trump on Monday tweeted that the United States is winning the trade war.

“The unexpectedly good first quarter 3.2% GDP was greatly helped by Tariffs from China. Some people just don’t get it!,” the president said.

The president also warned China against imposing retaliatory tariffs as it “will only get worse!”

The Trump administration may not be done trying to punish China. Trump has threatened to put 25 percent tariffs on $325 billion in Chinese goods that remain untaxed.

Sen. Chris Murphy, D-Conn., predicted both parties will come to an agreement, although it’s not clear when that will be.

“My guess is that Trump and the Chinese will likely save face and get a deal,” Murphy said. “But it will be a small deal that Trump will falsely over-hype, and it won’t offset the damage that’s already been done to US consumers.”