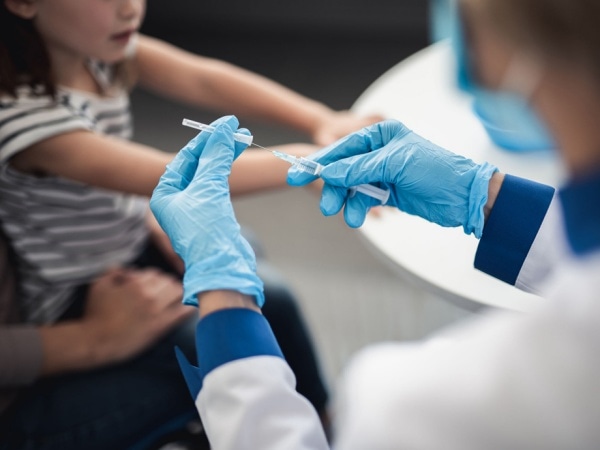 Immunization levels declined in March, April and May, but increased in June and July.

With the start of school weeks away, public health experts are making a last-minute push to remind parents to vaccinate their children, after immunizations plummeted at the height of the pandemic.

As families avoided doctors’ offices last spring and many in-person visits were converted to virtual appointments, the number of childhood vaccines administered tumbled.

Data show that 39,140 fewer vaccine doses were distributed by the state Department of Public Health to medical providers in April – a 43% decrease over the amount circulated during the same month in 2019. In May, 32,908 fewer doses were sent to doctors’ offices, a 34% drop. And in March, as COVID-19 began to spread in the state, 9,464 fewer doses were distributed, down 13% from the same month in 2019.

Immunizations started to rebound in June as Connecticut reopened some of its businesses, with a 32% increase in the doses circulated. The vaccination levels were also up slightly in July – 106,312 doses were handed out, compared to 98,206 in July 2019. 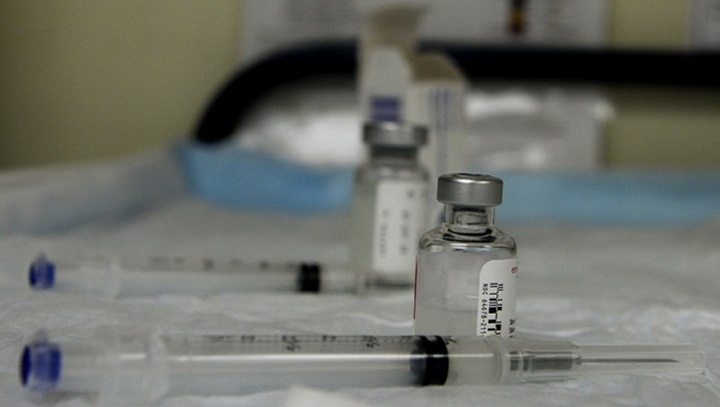 Physicians are urging parents not to wait until days before school starts to bring children in for mandatory immunizations.

But families have not yet caught up to last year’s levels, health officials said, fueling concern as the reopening of schools draws closer.

“Right now, it’s sort of double catch up,” said Dr. Robert Dudley, president of the Connecticut chapter of the American Academy of Pediatrics. “We’re trying to do back-to-school season and also catch the kids up who missed appointments.”

Prior to the first day of school, which varies by district, parents are required to complete a form and show documentation proving children have been immunized or have a medical or religious exemption. Mandatory vaccinations for school-age children include measles, mumps and rubella, diphtheria, pertussis (whooping cough), tetanus, poliomyelitis, and haemophilus influenzae type B, an infection that can lead to bacterial meningitis.

Officials with the state health department said Connecticut is not extending its deadlines for those immunizations, meaning they still must be done before a child begins attending school. A spokesman for the state education department did not return calls seeking comment.

With some medical practices offering limited hours because of the pandemic, parents are encouraged not to wait until the final days before school starts.

“Many places still have some limitations on what they’re able to offer in terms of hours and access. It’s putting a lot of strain on the system,” Dudley said. “There’s a lot going on around the start of school and trying to get kids ready for whatever is coming our way. I think everybody wants children to be immunized so we don’t end up with another vaccine-preventable disease outbreak somewhere along the line.”

State officials said it’s too soon to tell if fears around visiting the doctor’s office could drive up the number of religious exemptions claimed this year. The number of people seeking religious exemptions to mandatory vaccinations has gone up in recent years. Lawmakers were trying to remove the exemption before the legislative session was suspended in March. The issue is expected to come up again next year. 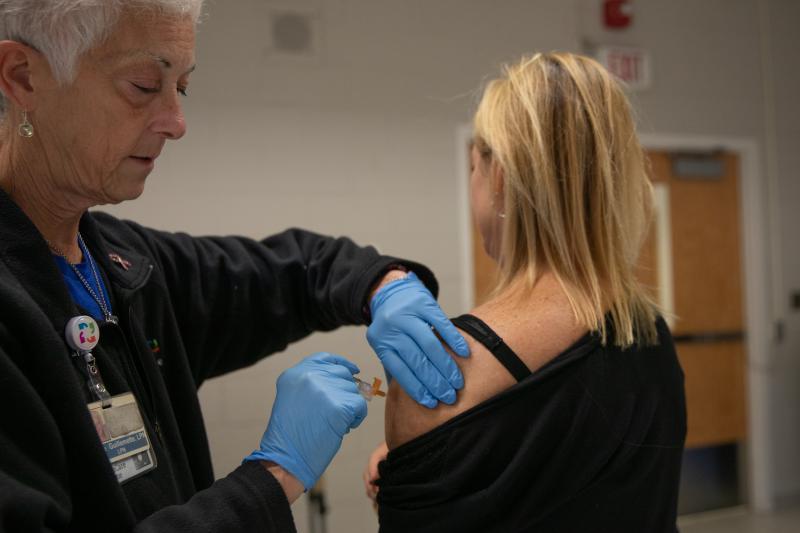 Denise Guillemette, a licensed practical nurse, administered a flu shot at a community clinic held by the Glastonbury Health Department in 2019.

“No one’s ever going to feel 100% comfortable in certain circumstances,” Mick Bolduc, vaccination coordinator for the Connecticut Immunization Program, said of the in-person doctor appointments. “But physicians and community health centers are taking steps to reduce the risks. They’re having well child visits in the morning and seeing sick kids in the afternoon. They may be having drive-thru clinics. They’re taking different steps to try to mitigate any risk.”

A push for the flu shot

Although it’s not required to attend school, state and federal health officials are calling on families to get their kids a flu shot this year.

Robert Redfield, director of the Centers for Disease Control and Prevention, said recently that a virus surge, along with the upcoming flu season, could create the “worst fall we’ve ever had.”

“We don’t want to overwhelm the health care system so that if there is a resurgence of COVID-19 in the fall or winter, hospitals can treat the COVID patients,” Bolduc said. “We want to lessen any burden on the health care system by having people get their flu shots. The best way to avoid people being hospitalized for the flu is to keep them healthy with a flu shot.”

Bolduc said his department already has received a large number of requests for the vaccine, and distributed more than 24,000 doses over the course of a few days last week.

“That’s far more than we’ve ever done before,” he said. “We had a lot of providers call in, in both July and August, looking for the flu vaccine. And they were getting a lot of calls from parents asking, ‘When can I bring my child in for a flu vaccine?’”

At the federal level, the CDC has purchased an extra 10 million doses of the vaccine – compared with the typical 500,000 – to make sure states have enough to cover uninsured adults. 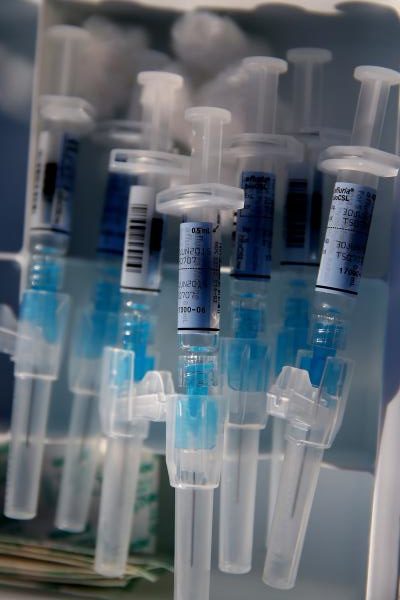 Vaccine-makers are readying 190 million doses of the flu vaccine for deployment across the U.S. this fall — 20 million more doses than in a typical year.

Physicians say the flu shot is also crucial because symptoms of the flu overlap with symptoms of coronavirus.

“Regular old influenza shots are very important because come fall, we don’t want to have a lot of adults and children sick with influenza; it will be very confusing with COVID,” said Dr. John Schreiber, head of infectious diseases at Connecticut Children’s Medical Center. “Influenza can be variable – kids can have a high fever and a cough and a runny nose, and that can be true with COVID.”

“The symptoms could be confusing, and that will make it very difficult to manage.”

With the recent decline in Connecticut’s coronavirus cases, Schreiber said it is a good time to bring children in for vaccinations.