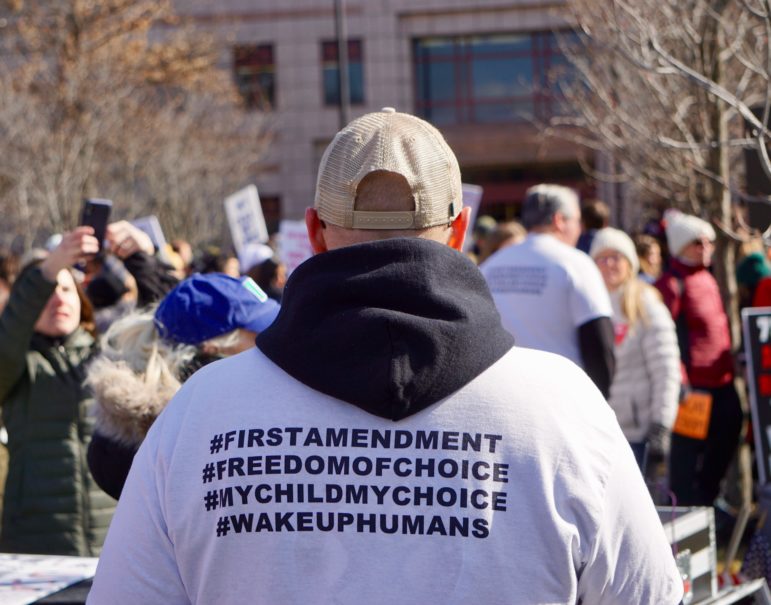 Thousands of people opposed to the vaccine exemption bill gathered at the Capitol for a public hearing last week and again for a committee vote on Monday.

Amid pushback from Republicans and thousands of outraged parents, the legislature’s Public Health Committee voted Monday to advance a bill that would ban religious exemptions to mandatory immunizations in Connecticut.

The measure, which started off with a strict timeline of barring all children who are not vaccinated on religious grounds from entering public and private schools next fall, was amended Monday to allow students already enrolled in school to finish their education. Only new children entering the school system or day care would be prohibited from claiming a religious exemption.

The Department of Public Health has estimated that as many as 7,800 children were granted a religious exemption during the 2018-19 school year.

The committee voted 14 to 11 in favor of moving the bill to the House of Representatives. Two Democrats and the panel’s nine Republicans opposed the measure, saying it was being rushed through. They pointed to problems with data collection on immunization rates, and to hastily written amendments they said committee members did not have enough time to review.

A public hearing on the measure drew thousands of people last week. Nearly 500 signed up to testify at a meeting that lasted more than 21 hours. Thousands more turned up at the Capitol Monday to protest the committee vote, chanting, praying, and confronting lawmakers after the meeting.

Proponents who supported the legislation said it was important to begin addressing the rising number of exemptions that have led to lower overall vaccination rates. The Department of Public Health reported there were 134 Connecticut schools at which fewer than 95% of students were vaccinated against the measles in 2018-19. The 95% threshold is recommended by the Centers for Disease Control and Prevention to maintain herd immunity.

Here’s what the latest version of the bill would do:

The bill passed by the committee Monday would allow all children who already are enrolled in day care, preschool or any of the state’s public or private schools – and who claim a religious exemption – to remain in school for the duration of their education. That means children may stay in public or private school all the way through 12thgrade. Only new children entering day care or the school system would no longer be able to claim a religious exemption.

The bill is effective upon passage. So if the measure is signed into law this summer, that’s when the cutoff would be.

Medical exemptions are still permitted, but would require a physician’s approval. 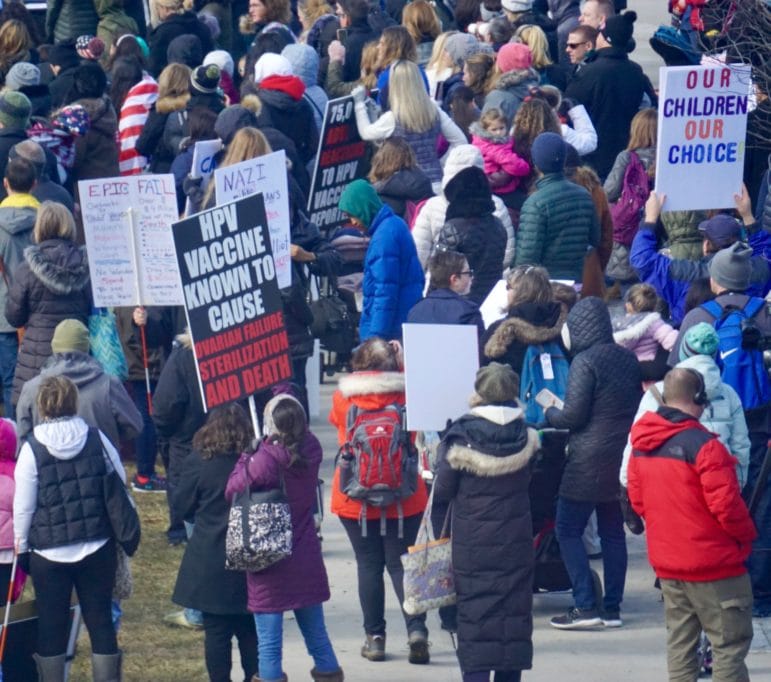 Protesters lined the street outside the state Capitol last week.

The Department of Public Health receives data on vaccine exemptions annually from school nurses. But parents who claim religious exemptions only sometimes detail which immunizations they are skipping. In some cases, parents report one or all of the vaccines they are refusing. In other instances, they claim the exemption but don’t specify.

The bill would require the public health department to change the way it collects data. Upon passage, the department would work with the Connecticut Office of Early Childhood and state Department of Education to gather specifics on what vaccines each child is abstaining from. Children’s names would still be kept out of the reporting.

This mandate was included in the first version of the bill, and remained in the amended legislation.

The bill would also establish a board to review Connecticut’s vaccine program and advise the health commissioner. The group would have regular discussions with physicians who are in a position to grant medical exemptions.

Some lawmakers are concerned that a repeal of the religious exemption would spur more people to seek medical exceptions. The advisory board would include experts from the medical community, and would be appointed by lawmakers, the health commissioner and the education commissioner. 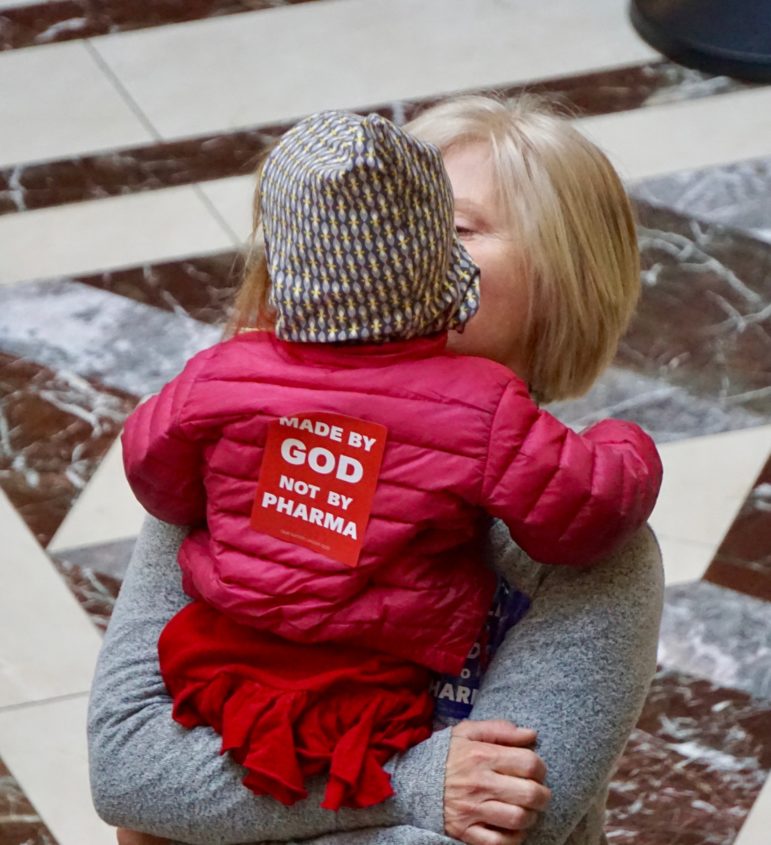 People sporting stickers that read “In God We Trust,” “My Faith says Do No Harm,” and other messages gathered at the Capitol.

The bill leaves the door open for the state health commissioner to add more required vaccines, though officials with the health department have said they tailor their mandates to federal guidelines.

The bill requires doctors to take into account autoimmune disorders when deciding whether to grant a medical exemption.

“People who have autoimmune disorders, vaccines can be very dangerous to them,” said Rep. Sean Scanlon, D-Guilford, who drafted the bill’s amendments. “The point I heard from people was they feel that should be a legitimate medical reason why they shouldn’t get a vaccine. But the doctors don’t always take that seriously.”

The newest version of the bill would require doctors to carefully consider autoimmune disorders or a family history of them when granting medical exemptions.