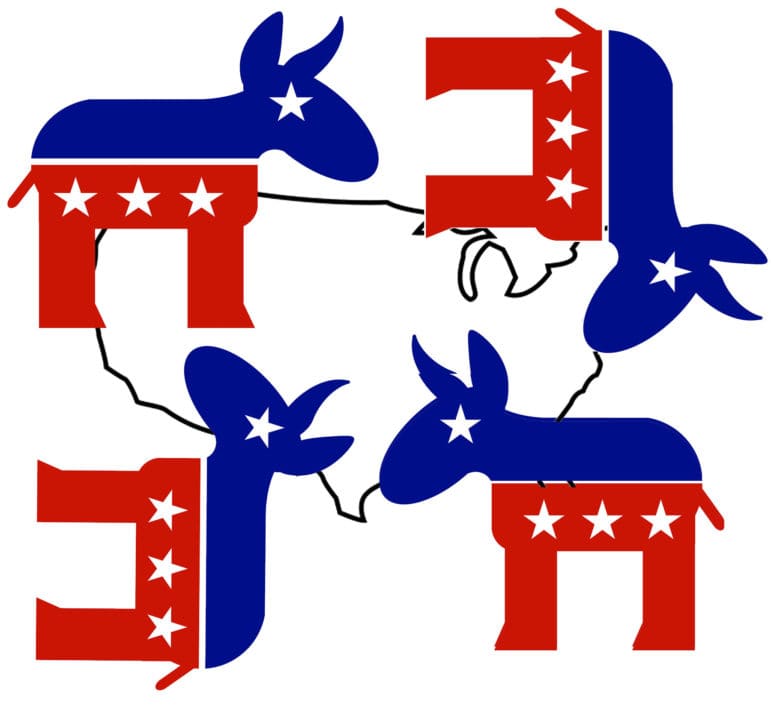 Washington – With the Democratic National Convention at a close, the work of promoting the party’s ticket – and its guiding principles — begins in earnest.

And that may be hard work.

While the party has coalesced around former Vice President Joe Biden and his running mate, Sen. Kamala Harris, unity on the party’s message is not guaranteed.

Delegates at the convention voted remotely to approve the party’s platform, a written document of policy promises that every four years generates a certain amount of opposition and dissent. This year was no different.

Though Sen. Bernie Sanders, I-Vt., supported the platform, many of his delegates did not because they said it was not progressive enough.

The platform does not endorse Medicare-for-all or the Green New Deal. It does not call to defund the police, abolish the Immigration and Customs Enforcement (ICE) or to legalize marijuana nationwide. The party also failed to back free college for all or a ban on fracking.

So, some delegates voted ‘no’ as a symbolic protest.

The platform, however, does include hundreds of  liberal proposals and commitments, including a public option for health insurance available to all Americans, empowering Medicare to negotiate prescription drug prices, overhauling the criminal justice system, establishing a national $15 an hour minimum wage, making Washington, D.C., the 51st state, and creating a process for Puerto Ricans to determine whether their island should become a state.

“I think it represents where the party is at in 2020,” said Riju Das, a Connecticut delegate from Farmington.

Das, 37, is an attorney with the Connecticut Commission on Human Rights and Opportunities. But in 2016 he worked for the Hillary Clinton campaign in Pennsylvania.

“One of the hard lessons I learned is that not everyone thinks like you, so you have to reach areas of agreement,” Das said.

Most of Connecticut’s 75 delegates —none of whom where pledged to Sanders — were willing to back that compromise document, said Connecticut Democratic Party Chairwoman Nancy DiNardo.

But she did not say that the Connecticut delegation had no dissenters. 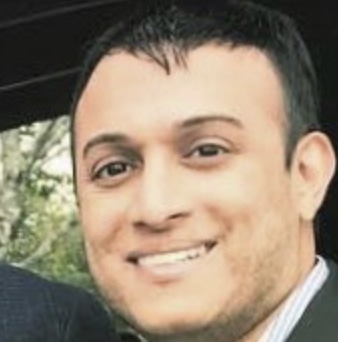 Delegate Riju Das says Democratic platform ‘represents where the party is at in 2020.’

“We are the Democratic Party. We don’t necessarily always agree on everything,” DiNardo said.

While adoption of the platform is usually conducted by a state-by-state roll call on the convention floor, the virtual nature of the Democratic National Convention required delegates to vote remotely the week before. The Democratic National Committee has not released final state tallies yet or indicated how many of the convention’s delegates voted against the party’s formal principles or abstained from voting on the platform.

DiNardo said the document  “was good from the perspective that it reached out to all the factions in the party.”

And the platform is largely aspirational. Especially if Democrats fail at seizing control of the White House and the U.S. Senate from the GOP in November’s elections.

“Honestly, we have to win. And then everybody can fight for what they want in Congress,” DiNardo said.

Still, there is plenty of grumbling among progressives about the party’s positions on certain issues, including a mysterious decision to eliminate a statement opposing the fossil fuel subsidies has enraged many and drew criticism from Swedish climate youth activist Greta Thurnberg.

Like DiNardo, Das said the Democratic strategy must be to “campaign from the center and then vote from the left.”

“Winning is everything, because without winning you can’t get any part of your agenda passed,” he said.

Das said he stumbled over the platform’s language on gun violence because the believes it is not detailed or comprehensive enough. But ultimately he shrugged off his concerns.

“I chalked it up to ‘this is a document of general principles,’” he said.

Michael Cerulli of Trumbull, who at 19 was one of the youngest delegates to participate in the convention, said he was proud to vote in favor of the platform.

“For the most part, it is a very good articulation of Democratic Party values,” he said. 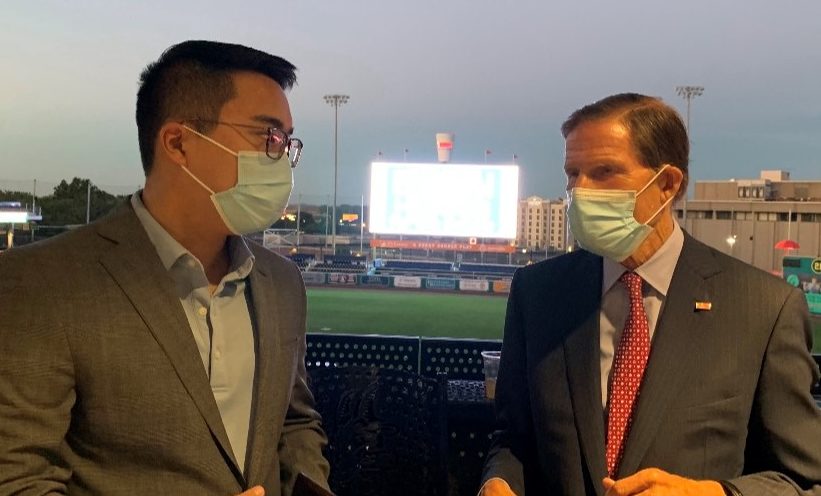 A sophomore at the University of Connecticut and president of the Connecticut Federation of College Democrats, Cerulli said he has had discussions with some of his friends whether the platform was progressive enough.

“The one thing that was sort of a hangup for me was (the plank) on marijuana,” he said.

The platform adopts Biden’s stance on the issue, calling for decriminalizing cannabis possession, automatic expungement of prior marijuana convictions, legalizing medical cannabis and allowing states to set their own laws. But it stops short of endorsing national legalization of cannabis.

“I had to take some time to think about it before I could endorse it,” Cerulli said.

Meanwhile, some Democratic delegates voted against the platform because they felt it tilted too far to the left.

Montana Gov. Steve Bullock, who is running a tough race to unseat Republican Sen. Steve Daines, objected to his party’s stance on banning new oil and gas permitting on public lands, abolishing the death penalty, and language to “reimagine policing.”

“I’m not going to rubber stamp a platform that was crafted by party leaders,” Bullock said in a statement.

The platform is merely a policy statement that does not attract much attention outside the circle of party activists. Yet research shows members of Congress usually end up voting in accordance with promises made in their party platforms, so in that way the document is significant.

It was drafted by 15 members of a platform drafting committee several weeks before the convention. Headed by Atlanta Mayor Keisha Lance Bottom, the panel included politicians, longtime Biden aides, union chiefs and advisers to Sanders.

“Repairing the damage that Donald Trump has done to this country will be the work of generations, but it begins with electing Joe Biden this fall and implementing what will be without a doubt the most progressive platform in our party’s history,”  Lance Bottoms said.