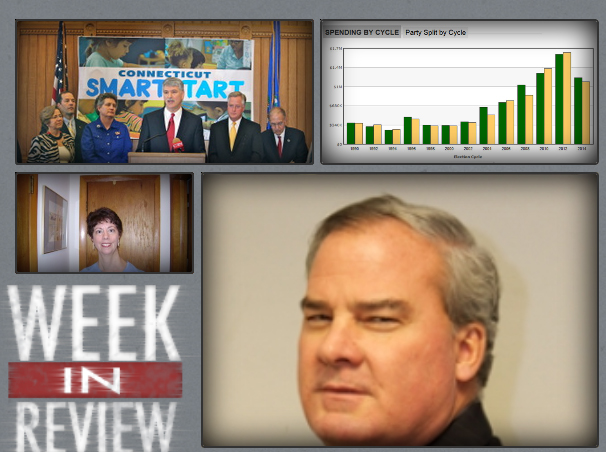 By Friday afternoon, several million people in Connecticut knew that former Gov. John Rowland had been indicted, again – see Mark Pazniokas’s story on the scene Friday at the U.S. Courthouse in New Haven.

And they knew that Ted Kennedy Jr. would be running  for the state Senate this year from his hometown of Branford – see Pazniokas’s look at that scene here.

But few, perhaps, knew that issues affecting Connecticut children dominated much of the important, though more prosaic, work this week at the Capitol. As reported by Jackie Rabe Thomas:

But wait — there’s more! — Go to our education and children’s issues section of The CT Mirror for still more stories from the week related to Connecticut’s young people.

Buried in another Pazniokas piece, however, about state Republicans’ annual Prescott Bush Dinner, was a wonderful anecdote about children. The keynote speaker was Jeb Bush, former governor of Florida and younger brother of President George W. Bush. After discussing the need for comprehensive immigration reform, Bush told of meeting his future wife while studying in Mexico years ago. And today, he said, two of their three grandchildren are “Iraqi-Canadian-Texas-Mexican-Americans” — “quadro-hyphenated Americans.” It could be a trend.

For the full week’s report, go to www.ctmirror.org.

See you next week.