Is it a gag order or the Malloy administration speaking with one voice?

Key legislators say a directive restricting what agency heads can tell legislators about Gov. Dannel P. Malloy’s budget proposal is hindering lawmakers in doing their jobs and will push more of the budget-writing process behind closed doors.

“Our job is to negotiate and evaluate and build the best budget possible for the 3.5 million people of Connecticut,” said Rep. Toni Walker, D-New Haven, House chair of the Appropriations Committee. “Denying us the ability to do that is denying us our responsibility and our authority as the legislature.”

“I think this is a politically correct gag order,” said Rep. Melissa Ziobron of East Haddam, ranking House Republican on the committee. “If we can’t get full answers to our questions, we can’t serve our residents and the state of Connecticut well.”

Commissioners are free to provide “facts and data,” to legislators reviewing the $40 billion budget Malloy proposed on Feb. 18 to cover the next two fiscal years.

But if legislators are looking to add back programs, or cut further, commissioners were instructed to let Barnes and his staff respond.

“Requests for new ideas, alternative reduction proposals, or for the agency’s priorities in restoring or cutting funds should be referred to OPM,” Barnes wrote. “Agencies are expected to support the Governor’s budget rather than providing alternatives to that budget.”

Even in good fiscal times, or when there is general agreement between the governor and the legislature, the Appropriations Committee routinely adds, reduces or redirects hundreds of millions of dollars in spending priorities from the governor’s original biennial budget.

This year, the state is facing a major projected deficit, and legislators are interested in significant changes to the governor’s budget proposal. That plan, which tries to close projected deficits of $1.3 billion in the next fiscal year and $1.4 billion the year after, employs several steps, including:

The governor’s fellow Democrats, who hold majorities in the House and Senate — as well as on the Appropriations Committee — have been focused more on the spending cuts.

Sources say appropriations subcommittees have explored close to $600 million in possible add-backs to the Malloy plan, although that doesn’t mean the full budget-writing panel will recommend that much additional spending when it proposes its plan later this month.

Sen. Beth Bye, D-West Hartford, the Senate chair of appropriations, hinted last month at the scope of changes lawmakers were interested in making to Malloy’s proposal, saying, “If we passed the [governor’s] budget as it is, it would not be the Connecticut we all know. We are generally a state that is very good to people, and we are generally a state that takes care of our environment and our museums and theaters and those quality-of-life things. It’s sort of who we are.”

Referring to Barnes’ memo, Bye told The Mirror this week that she’s not surprised, “in tough fiscal times, that a chief executive wants to keep as much control as he can.”

But Bye added that the administration must appreciate that the legislature has its own constitutional charge to adopt a budget, and it must have more than just facts and data.

For example, if the Appropriations Committee is considering restoring two programs cut in the governor’s plan, but ultimately decides Connecticut only can afford one, members normally would ask officials in the affected agency which program might provide the most public benefit.

“If we are trying to choose between funding programs, it would be better if commissioners could offer us their thoughts on those alternatives,” Bye said. “I think it would make for a better process.”

Republicans are particularly concerned about the tax hikes Malloy has proposed, as well as greater tax increases that might be needed if Democratic lawmakers recommend even more spending, Ziobron said. And if the GOP is going to offer some new ideas to cut spending, they want to base them on the best information possible.

“We may be the minority, but we [Republicans] still have a lot of significant decisions to make and we would not want to make those decisions unilaterally,” she said.

Barnes wrote Tuesday in a statement to The Mirror that, “We work together, as one administration, with all our commissioners and agency heads. This is a budget filled with tough choices, but they are the best ones to keep Connecticut on a path towards a brighter future. The Governor, through his office and through OPM, remains willing to discuss his budget proposals, or any other specific proposals legislators make, at any time. Executive branch employees are professionals who can’t be expected to publicly advocate for positions at odds with the Governor as a part of their job.”

Legislators say they’re frustrated that they can’t get answers from commissioners to questions that would have been routinely addressed in past years. 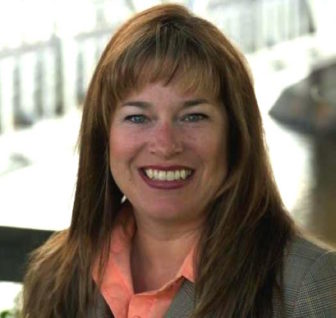 Which of the governor’s proposed cuts would be most difficult? Ziobron asked.

“They’re all difficult,” Bremby said. “Under better circumstances we wouldn’t choose any of them.”

And Bremby made it clear that the agency didn’t plan to offer legislators any alternative ideas.

Legislators tried asking in writing too. In a series of questions legislators submitted to the social services department was one that asked, “Given the financial crisis that Connecticut faces, please provide the subcommittee with a list of the most prudent current services spending reductions totaling at least 5 percent of your agency’s budget.”

The agency’s reply: “The Department supports the Governor’s Recommended Budget.”

Legislators received nearly identical responses from the leaders of the State Department of Education, Department of Children and Families and the Office of Early Childhood.

Barnes wrote Tuesday that “there is no lack of transparency” because commissioners are free to provide “factual material.” But Bye disagreed.

Even if commissioners aren’t allowed to provide commentary on potential cuts or funding add-backs, lawmakers will insist on that data when leaders negotiate a final budget plan with Barnes later this spring.

But those talks, Bye noted, occur behind closed doors.

“Ultimately, if these conversations are not had in the committee, more has to be done in private negotiations, which makes the process less public and transparent,” she said.