Still on hold: A solution for long DSS call-wait times 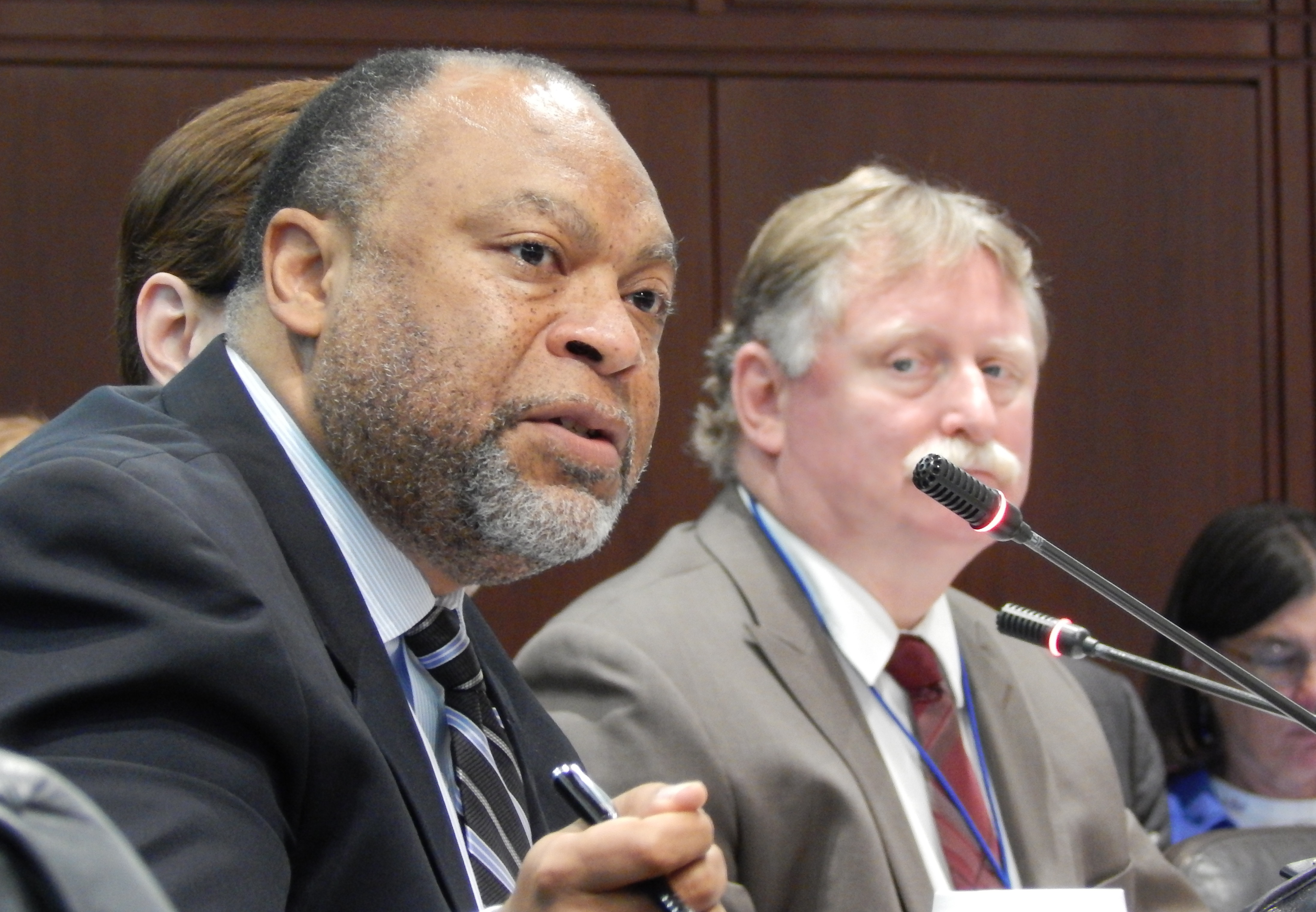 It took an average of 54 minutes for callers to reach a Department of Social Services worker by phone last month. That’s an improvement over February’s 70-minute average, and one of the lower average monthly wait times in the past year.

But client advocates say it’s far too long for people to wait for help with health care coverage, food stamps or other programs that provide for basic needs. And they say it’s long past time things improved with the phone system, which launched in July 2013 as part of a highly touted “modernization” initiative.

Social Services Commissioner Roderick L. Bremby said Tuesday that the department is considering changes to how the call center works, including using a contractor to handle incoming calls before routing those that require expertise to a DSS worker.

But Bremby didn’t have a timeframe for any possible changes. “Before we do anything, we want to make sure we do it right,” he said, “rather than making a series of changes that we have to continue to undo.”

The difficulty of reaching a DSS worker – 58 percent of callers hung up last month before reaching a worker – has been an ongoing concern of clients, social service organizations, advocates and legislators since the new phone system launched.

During a legislative forum Tuesday, Bremby acknowledged that the wait times “are not the aspirational wait times that we’re moving towards.”

But he and other DSS officials say their call center is unique in the nation, staffed by eligibility workers who address all of a client’s outstanding issues, rather than simply providing general information or transferring callers to other departments. Under the call center’s model, the worker who answers the phone stays on the line with the caller to address his or her situation, rather than triaging calls and routing them to others.

“Lots of times, lots of explanation is needed, lots of discussion, reassurance if someone’s going through a hard time,” Melissa Garvin, the department’s director of tactical planning, told legislators during a forum on the department’s technology Tuesday.

Asked after the forum why DSS uses a model that allows those answering the phones to get tied up on lengthy calls, Bremby said the plans for the system were developed in 2008, based on what some other states had done. Those states have since changed their approach, he said, but the department began implementing the model when he became commissioner in 2011 because of the need to get started on the modernization.

Bremby said the department is now looking at alternatives for the call center. Those include having Maximus, the vendor that runs the call center for Access Health CT, the state’s health insurance exchange, answer calls and address simple requests, routing more complex issues to DSS eligibility workers. Because Access Health is used to enroll people in Medicaid, DSS reimburses the exchange for a portion of its contract with Maximus.

Another option would be to take certain responsibilities away from the DSS workers who answer calls. Currently, they conduct 600 to 700 interviews per day for food stamp applications, and Bremby said the department might seek federal permission to change how it handles those.

DSS officials have pointed out that the call center system remains an improvement over the system it replaced, in which clients had to reach a specific caseworker for help and often encountered full voicemail boxes. Now, all paperwork is digitized, and workers anywhere in the state are able to access it electronically. Instead of calling a specific worker, clients now call one number to reach a worker. Some questions can be addressed through an interactive voice response system that doesn’t require a worker to answer, but Garvin told legislators Tuesday that people aren’t using that function, or online options, as much as the department would like.

Bremby said the phone wait times should be viewed as one “sticky metric” in the context of a broader set of changes. During the forum, officials cited improvements in processing Medicaid and food stamp applications.

“I think that what people fail to appreciate is the amount of change that has been deployed,” Bremby said. “These are large systems that were deployed, so to focus on one metric and lose the view of the outcome is something I really don’t understand too well.”

But advocates say it’s just one of several problems clients face, including long lines at the department’s regional offices and, in some cases, getting turned away before they can apply for benefits. Some clients who submit renewal documents get notices that their coverage will be cut off, and some end up getting terminated from the programs, advocates say.

While DSS officials say things will improve when the department replaces its outdated eligibility management system, which complicates many of the agency’s operations, advocates say that’s too far off to wait for major improvements. The new system is now scheduled to be piloted in the spring of 2016.

Toubman noted that DSS’ contract with Community Health Network, which administers medical coverage for Medicaid clients, requires that company’s call center to have enough staff to answer 90 percent of calls within 60 seconds.

DSS officials say comparing DSS call center to others is like comparing apples to oranges because they function differently. Toubman said it’s reasonable to hold the department to the same standard it applies to its vendors. But, he added, “even if DSS were 10 times worse than this, answering calls on average in 10 minutes instead of one minute, it would still be light years ahead of its abysmal performance today – over a year and a half after it rolled out its call center with the promise, made in August of 2013, that, ‘We’re committed to making sure that this works well.’”

Legislators have also repeatedly raised concerns about the DSS phone wait times. Some have noted that many low-income residents rely on cellphones with limited minutes, which can be quickly sapped if they need to call DSS.

To help, the department is working on a plan to have those calls not count against people’s minutes if they use phones through the Lifeline program, which provides discounted phones to low-income people. The department is working with SafeLink Wireless, one of the vendors in the program, to develop a system that would make it easier to determine whether someone qualifies. As part of that arrangement, SafeLink clients’ calls to DSS wouldn’t count against their allotted minutes, Garvin said.

Rep. Jay Case, R-Winchester, who has been critical of DSS — he has said that 80 percent of the calls that come into his office are complaints about the department — said keeping time spent on hold with the agency from counting against people’s minutes was a good thing.

But, he added, “There shouldn’t be a waiting time.”

The federal declaration unlocks crucial federal funding to fight the COVID-19 pandemic as it continues its spread across the state.