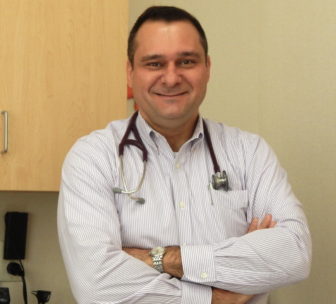 Until recently, finding care for a patient with mental health needs often required that Dr. Sandra Carbonari undertake a time-consuming search for a suitable therapist – one who took the family’s insurance and had open appointments.

It often meant after-hours phone calls and counting on the mercies of overbooked colleagues. “And you can only call the same people so many times and beg,” said Carbonari, who practices in Waterbury and serves as president of the Connecticut Chapter of the American Academy of Pediatrics.

Now she and many other Connecticut pediatricians get it done with one phone call.

Her call goes to a team of psychiatrists and other professionals whose job it is to consult with pediatric primary care providers. In some cases, they help find specialty services for children who need them. In others, they offer guidance to help a pediatrician treat a young person’s mental health issue without referring to a specialist.

It’s part of a state-funded program, ACCESS Mental Health CT, created as part of the controversial gun-control legislation passed in the wake of the Sandy Hook school shooting. In the program’s first year – it began operating in June 2014 – the teams conducted 5,133 “consultative activities” for 181 pediatric and family medicine practices, involving 1,234 patients under 23. Sixty percent of the interactions involved young people with diagnoses of anxiety, depressive disorders or attention deficit hyperactivity disorder.

Only 15 percent of pediatric primary care providers surveyed before the program began said they could meet the needs of children with behavioral health problems.

Pediatricians, including Carbonari, and child psychiatrists had pushed for years for a consultation program, noting that addressing depression, anxiety, ADHD and other behavioral health issues have increasingly become a significant part of pediatric practice – and a growing challenge to address.

Data from a survey before ACCESS Mental Health began underscored how limited many pediatric primary care providers felt in their ability to address mental health issues: 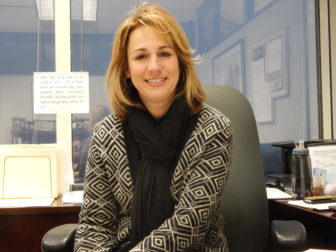 “Waiting for a solution that we were going to see droves of new child and adolescent psychiatrists was really not a viable one for us,” said Kristina Stevens, an official at the state Department of Children and Families who oversees the program.

And, Stevens noted, families of young people with mental health needs have indicated they want services in their pediatricians’ offices or schools – places where they already go and feel comfortable.

“This is a phenomenal resource,” said Lisa Honigfeld, vice president for health initiatives at the Child Health and Development Institute, who previously worked with practices to expand their capacity to care for children with anxiety and depression. While many became willing to take on more responsibility, Honigfeld said, “At some point they all said, ‘I need some backup; I need somebody I can call and talk this through with.’”

Keeping care in the ‘medical home’ 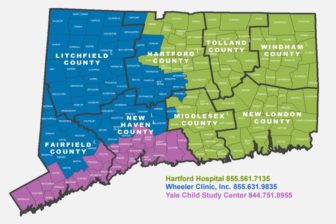 Each ACCESS Mental Health team is assigned to an area of the state that has roughly one-third of the state’s children. By far the most are concentrated in New Haven and Fairfield counties.

Dr. Kim Brownell is one of the psychiatrists on the other end of the phone when primary care doctors in the eastern half of the state call. She’s the hub medical director of the ACCESS Mental Health team based at the Institute of Living and Hartford HealthCare, one of three in the state. The service is free to doctors and funded by about $1.7 million in state money.

Nearly 60 percent of the three teams’ activities in the first year involved care coordination or direct support to families.

Related: In some primary care offices, the social worker will see you now

What’s a typical case? Brownell described one: A pediatrician called about an 8-year-old having behavior problems at school, who recently moved to the area and wasn’t connected to services. The pediatrician wanted to discuss medications and link the child to other services.

The team discussed what the child needed. A clinician on the team talked to the family to see if there were barriers to care – do they speak a language other than English? Do they rely on the city bus to get around?

The age distribution of children and adolescents whose primary care providers consulted ACCESS Mental Health about their care.

A key point, Brownell said, is to help doctors take care of patients within their “medical home” – their primary care office, where they get most of their care.

“Families trust them, grandmas trust them,” she said. “Everybody wants their pediatrician.”

If the child gets referred to a mental health provider, Brownell said, the team tries to make sure the pediatrician and new clinician communicate.

The program was modeled after a Massachusetts project that began more than a decade ago and has inspired more than 30 similar efforts. A 2014 study of the Massachusetts Child Psychiatry Access Project reported that pediatric primary care providers in the program said their ability to meet their patients’ psychiatric needs had been dramatically improved. It also found the program helped promote referrals to counseling and treatments supported by research as alternatives to medication.

But the study authors noted that there are still barriers for young people with mental health needs, including a lack of insurance coverage or inadequate capacity for more specialized services that can’t be delivered in primary care settings.

‘…There for me whenever I need it’

Dr. Robert Adamenko calls ACCESS Mental Health a few times a month. Sometimes he wants to know if it’s appropriate for him to try to treat a patient’s mental health issues himself. Other times he’s looking for advice on the best medication for an adolescent. Sometimes he calls to follow up, to make sure he’s on the right track. 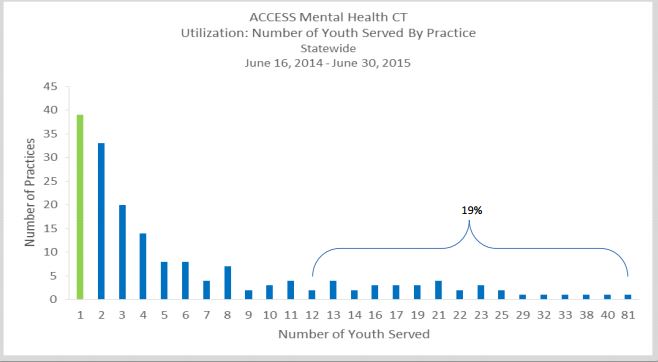 Many practices used ACCESS Mental Health for help with one patient in the first year. One practice used it for help with 81 patients.

Having psychiatrists to consult by phone has made Adamenko more comfortable treating more mental health issues within his practice.

“Now there’s somebody there for me whenever I need it,” said Adamenko, who practices in Glastonbury as part of ProHealth Physicians.

There are still situations in which his patients need more specialized care – such as when they have multiple or unclear diagnoses, or have attempted suicide. Adamenko likened his role in mental health care to that in other types of medicine.

“I don’t reset bones, but I’ll put a splint on a sprained wrist,” he said.

Carbonari, the Waterbury pediatrician, often calls for help finding the right resources for a patient. Young people have a wide range of needs – depression and anxiety, witnessing violence, gender identity issues, drug use – and it’s hard for a pediatrician to know the best therapist to treat each one, she said. But she now also handles more within her practice.

“I’m more confident with their backup not having to refer people out, being able to keep them in the practice or alternatively, taking their psychiatric care back,” she said.

There are still barriers to care. A first-year progress report by ValueOptions CT, which oversees the program, noted that there are still waiting lists for very specialized services, challenges finding services in rural parts of the state, and difficulties finding psychiatrists who will accept insurance, are willing to treat children under 10, or do more than medication management.

Related: Screenings can identify depression in teens, but they are rarely used

While 79 percent of eligible practices signed up for ACCESS Mental Health, nearly half – 45 percent – didn’t use it during the first year. When asked why, according to ValueOptions, 29 percent said they forgot it was available.

Brownell said it’s too soon to see an impact from the program on the overall children’s mental health system.

But she and Kim Nelson, vice president of outpatient and community services at Wheeler Clinic, another hub, said they’ve seen pediatricians become more comfortable handling some mental health issues within their practices. Nelson said at first, the team got more requests for referrals or other things that indicated some trepidation about handling mental health care. Now the pediatricians who call seem more confident identifying behavioral health disorders or managing medications.

Dr. Dorothy Stubbe, medical director for the ACCESS Mental Hub at the Yale Child Study Center, sees the program as a way to get young people help earlier.

“Often when children get to us, they have been struggling with unmet mental health needs for a long time,” she said.

And Beth Garrigan, who directs the program for ValueOptions, hopes the program can become a “preventive intervention,” able to get young people help early to stem the need for more intensive help later.

Although screening questionnaires have been shown to identify behavioral health issues in young people, allowing them to get help earlier, many doctors have said they were hesitant to use them because they didn’t know what to do if a child screened positive.

“If they screen now, they can always call,” Brownell said.