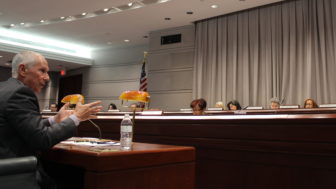 And at the University of Connecticut, the Board of Trustees would need to take up increasing tuition beyond the 6.7 percent hike already planned for next year, the school’s president said.

At many of the state’s public colleges – which collectively enroll 150,000 students – course offerings would shrink, class sizes would rise, library hours would be cut and some degrees would no longer be offered, the state’s higher education leaders testified Wednesday.

UConn President Susan Herbst painted a picture of a bleak future. The governor’s budget chief has warned of even larger budget cuts statewide in the 2017-18 fiscal year.

“If the budget cuts continue the way they are, and we don’t want to raise tuition much, big ticket items are going to have to be on the table,” Herbst told the legislature’s budget-writing Appropriations Committee. “I am talking about closing campuses, closing schools. I am talking about nursing, education, law, social work. You know, this is the kind of thing we have come to, and it’s grim.”

“My fear is that this cycle will grow worse,” Herbst said, and require significantly reducing financial aid and cutting sports.

“The proposed cuts will mean diminished services as well as total elimination of certain programs,” he testified. “We will be forced to look at the possibility of significant tuition hikes to support our core student services.”

Dozens of students also showed up to share how the cuts would impact them.
Tyler Mack, a student at Eastern Connecticut State University from Bridgeport who aspires to become a lawyer, said school is already expensive enough and his mother has had to take out loans. 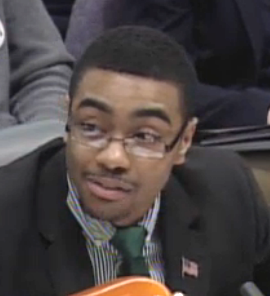 “If you cut Eastern’s budget we will not be the same university I fell in love with,” he told the committee.

State funding for higher education has steadily increased over the last several years, but not enough to keep pace with the schools’ growing expenses.

The state currently provides about 30 percent of UConn’s total funding and just under half of the that for the regional universities and community colleges.

Funding for the the state’s community colleges, Connecticut State Universities and online college jumped – from $493.5 million during the 2010-11 school year to an estimated $580 million this fiscal year – an 18 percent increase.

In the 2010-11 school year, the state provided the University of Connecticut $329.1 million compared to $385.1 million this fiscal year – a 17 percent funding increase over six years. During that time UConn’s budget increased by $232 million.

College leaders argue that much of their costs are out of their control and are fixed by the state, since the governor’s office is responsible for negotiating health and retirement benefits with employee unions on behalf of the public schools.

The two-year budget state lawmakers adopted last year would have sent $4.5 million more next year to the Regents’ college system. But that was before a state deficit topping $500 million emerged. Now, the governor is proposing sending the community colleges and Connecticut State Universities $17.7 million less than the schools received this year to help close the deficit.

The two-year budget state lawmakers adopted last year would have sent $5.8 million more next school year to UConn. Now, the governor is proposing sending UConn $12.3 million less than this year.

Additionally, it’s unclear whether the state will pick up all of the costs of providing health care and other fringe benefits under the governor’s proposal for the public colleges.

UConn officials estimate the governor’s proposal leaves them with a $38.4 million budget shortfall, 3 percent less than what the school says it needs to maintain current staffing levels and existing programs.

This shortfall is $1.8 million less than was estimated in December when UConn’s governing Board of Trustees raised tuition by 6.7 percent to bring in an addition $14 million.

“Tuition will, in effect, be coming in the front door from students then going directly out the back door to the state,” said Herbst. If the governor’s cuts more forward, “The trustees are going to have to take it up again.”

Officials from the Regents were less specific, and said they have not yet determined how much tuition would need to increase or how large a deficit they face.

“It will impact tuition,” said Ojakian. “My message to everybody is that we need to be considered a priority.”

When the governor proposed across-the-board cuts to nearly every state agency and public college, he explained them as necessary to cope with a “new economic reality”.

But most legislators during Thursday’s hearing with college leaders said the state’s economy would be further negatively impacted if the governor’s cuts move forward.

“Workforce development is critical,” Sen. Beth Bye, D-West Hartford, the senate chair of the powerful budget-writing committee, told college leaders. “We are trying to move Connecticut forward with economic development, and you are a critical part of that.”

“The most important investment this legislature can be making for our future economic development is in higher education. So I am concerned,” said Sen. Mae Flexer, a Democrat whose district includes UConn.

Others said cuts were unavoidable.

“We have reached that point of fiscal reality that we just don’t have money,” said Rep. Whit Betts, R-Bristol, the ranking Republican on the legislative committee that oversees higher education.