Debts to pay, fiscal and political, here and in Washington 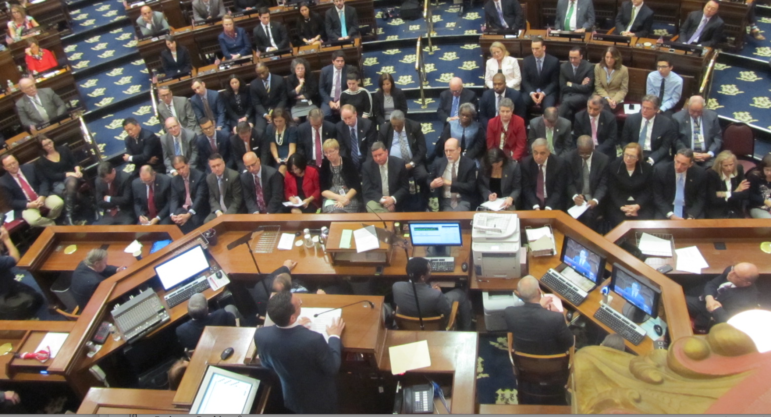 While the ferment continued around the country over President Donald Trump’s temporary ban on immigration from seven predominantly Muslim nations, Connecticut on Monday was waking up to disturbing news of another kind: the Mirror’s in-depth series on the dire condition of state government’s finances.

Gov. Dannel P. Malloy’s upcoming proposal for closing a $3 billion deficit in the next two-year budget will be only the beginning of a struggle that could last for another generation. Budgetary problems already have had a big impact on critical programs such as higher education, transportation and social services. And his newest idea could have more: shifting $407.6 million, nearly one-third of the annual cost of municipal school teachers’ pensions, onto cities and towns.

There appears to be no one solution –  raising taxes, reducing worker benefits or cutting services – that will solve a problem that is likely to persist for decades. As budget choices have turned ugly in recent years, legislators have yielded more decisions about cuts to the governor and distanced themselves in other ways that provide political cover.

Close call on a long play

One fiscal move the legislature did not hide from was Malloy’s plan to defer payments to the employee pension fund by shifting an estimated $14 billion to $21 billion in costs onto taxpayers between 2033 and 2047. After a few hours of political brinksmanship, the measure passed the House on a party-line vote and squeaked through the Senate on a tie-breaker cast by Lt. Gov. Nancy Wyman.

Fiscal pressures notwithstanding, Malloy announced a proposal to reduce the state’s insurance premium tax at a two-year cost of about $33 million. The move would improve the business climate for an industry that employs 58,000 people statewide, he said. The revenue loss, compared to the projected billions in deficit, would not be substantial.

Not seldom is heard…

Aetna CEO Mark Bertolini had some discouraging words about the health insurance market and his company’s willingness to participate in the Affordable Care Act’s public exchanges. Aetna lost $450 million on its sales on the ACA exchanges, he said, despite an overall $2.9 billion operating profit.

The health insurance picture, of course, remains unclear as Trump and the Republican-controlled Congress toss around plans to repeal or replace the ACA. That uncertainty appeared to be reflected in this year’s lagging signups for Obamacare through the state’s health insurance exchange.

The political cauldron continued at a rolling boil in Washington, aided by some heat from Connecticut’s all-Democratic congressional delegation. Most of them attended Monday night’s immigration-ban protest outside the U.S. Supreme Court, and Sen. Chris Murphy took to the Senate floor to introduce a bill opposing the president’s executive order.

Neither he nor his colleague, Sen. Richard Blumenthal, had any complaints about the appointment of former political opponent Linda McMahon as head of the Small Business Administration. Rep. Jim Himes, D-4th District, was on a cooperative trajectory, too, when the pro-business “New Democrat Coalition” he co-chairs gathered with members of the “Tuesday Group” of House Republican moderates looking for common interests.

But Blumenthal, though uncommitted either way, was greatly troubled by Trump’s choice of Judge Neil Gorsuch to fill an open seat on the U.S. Supreme Court. “I have deep, serious concerns,” Blumenthal said. “…An extreme ideologue on the court will threaten privacy rights, including women’s health care, worker and consumer protections, and public health and safety.”

The Connecticut senator saved some of his harshest criticisms for attorney general nominee Sen. Jeff Sessions, saying he opposes his behavior with respect to women’s rights and civil rights.  “I cannot assure the people of Connecticut or the country that Jeff Sessions would be a vigorous champion of these rights and liberties, and forever I stand in opposition to this nomination.” 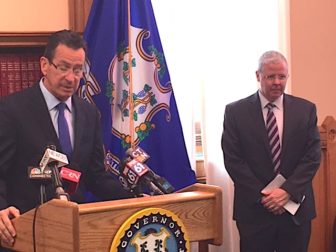 The state legislature will have to confirm D’Auria’s appointment.

The legislature, meanwhile, soundly rejected Malloy’s recommendation to settle the so-called “Juan F.” case by locking in an $800 million budget for the Department of Children and Families. In so doing, Malloy asserted, the legislature assured that the department will have to remain under federal court jurisdiction.

DCF isn’t Connecticut’s only department whose oversight of children was being questioned last week. Thursday, after hearing a litany of complaints from parents about how their school districts are treating special education students, the State Board of Education ordered a complete assessment.

There was one little bit of good news for state Democrats, at least. A federal investigation into whether they illegally raised money from state contractors in support of Malloy’s 2014 re-election campaign is over – without criminal charges