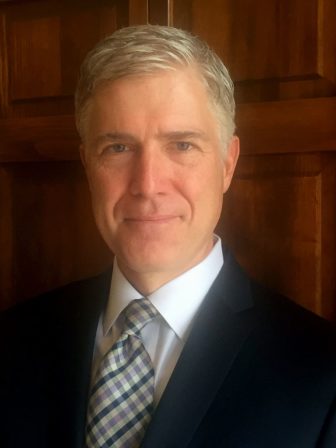 Washington – Within moments of President Donald Trump’s announcement of Colorado Judge Neil Gorsuch as his candidate to fill an open seat on the Supreme Court, Sen. Richard Blumenthal said he had “serious concerns” about the nominee.

Gorsuch, 49, currently sits on the Tenth Circuit Court of Appeals and previously worked in private practice. He’s a proponent of originalism, which takes the Founding Fathers at their word instead of treating the U.S. Constitution as a living document.

If confirmed, Gorsuch would be the youngest Supreme Court justice since Clarence Thomas ascended to the high court in 1999.

A favorite of conservatives, Gorsuch is expected to face serious scrutiny by Democrats like Blumenthal, who sits on the Senate Judiciary Committee and will vet the nominee during a confirmation hearing.

“I have deep, serious concerns about Judge Gorsuch,” Blumenthal said in a statement released minutes after Trump made his Supreme Court announcement Thursday night. “Whatever his credentials are on paper, most important to me are the real-life impacts of his judicial opinions and views. An extreme ideologue on the court will threaten privacy rights, including women’s health care, worker and consumer protections, and public health and safety.”

Blumenthal said he “had reached no conclusion” on Gorsuch, but would support a hearing and a vote on the candidacy – a dig at Republicans who refused to consider Judge Merrick Garland, former Presidnet Obama’s pick for that vacancy, created by the death of Justice Antonin Scalia.

However, Blumenthal said, “If I conclude that Judge Gorsuch is out of the mainstream, then I will pursue every legal tool available to block his nomination.”

If Gorsuch is confirmed, the court will be split ideologically, with Justice Anthony M. Kennedy, a moderate conservative, holding the swing vote in many closely divided cases.