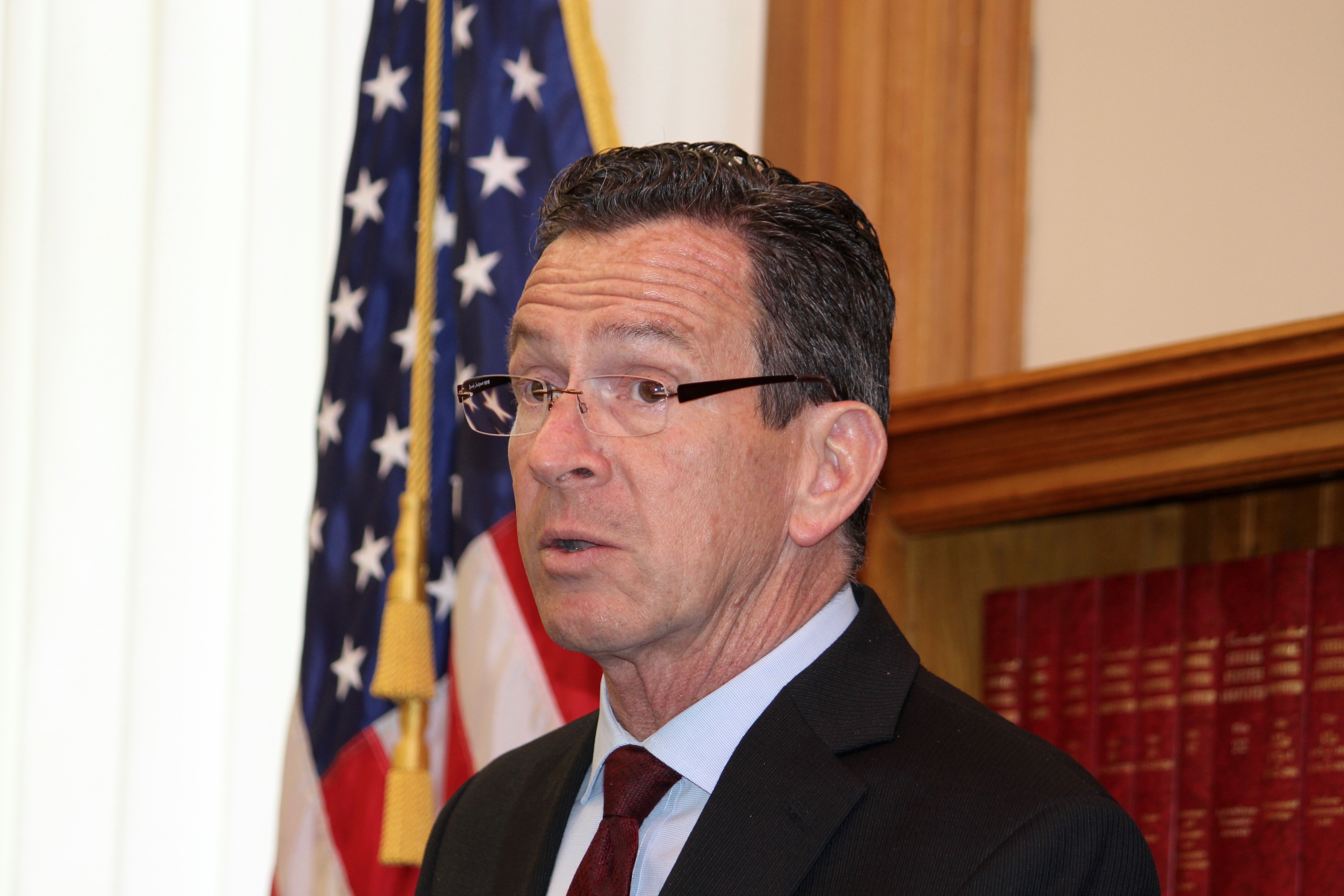 Gov. Dannel P. Malloy said Friday his proposed budget would shift $407.6 million, nearly one-third of the annual cost of municipal school teachers’ pensions, onto cities and towns — a move that would hit the state’s wealthiest communities the hardest.

Malloy also said the two-year budget he will present Wednesday to the General Assembly would propose eliminating the $200 property tax credit within the income-tax system, costing nearly 875,000 middle-class households as much as $105 million per year based on nonpartisan analysts’ estimates.

Unlike nearly all other state education aid, the state contribution to teacher pensions does not factor in a town’s wealth or local taxpayers’ ability to pick up some of the cost. It proportionately funnels the most aid to districts that can afford to hire more teachers and provide the highest salaries.

“At a time when state government is making difficult cuts to services, we can no longer exclude how we pay for teachers’ pensions from this conversation,” Malloy said.

Overall state finances, unless adjusted, are on pace to run $1.4 billion in deficit next fiscal year and $1.6 billion in the red in 2018-19, gaps of about 8 percent, according to nonpartisan analysts.

The governor said some the $407.6 million his proposal would save would go to close the deficit and some to the most impoverished school districts, but he declined to provide details.

Malloy’s proposal comes a few months after a Superior Court judge lambasted how the state funds its worst-off schools and concluded, “The state of education in some towns is alarming.”

The governor said that ruling and the condition of education in the most impoverished districts has been weighing on him for some time.

“We are not meeting the need of properly educating our children in this state,” Malloy told reporters at the state Capitol Friday. “We are failing a substantial portion” of students.

The proposal would not affect the benefits that now go to retired teachers.

Democratic legislative leaders and the executive directors of the state’s school boards association and the state’s largest teachers’  union reacted cautiously, saying they want to judge the proposal in the broader context of total state aid.

“You really can’t talk about that in isolation until you see what else is going on,” said Senate President Pro Tem Martin M. Looney, D-New Haven. “You want to see if there is going to be an infusion of new air through ECS or PILOT.”

ECS is the major state funding grant for local education. PILOT refers to the payments in lieu of taxes that partly reimburse municipalities for tax-exempt property.

“At the end of the day, individual legislators don’t worry as much about every individual program” for local aid, Ritter said. “They look at the bottom-line dollars.”

The governor and legislature should be exploring ways to reduce costs for municipalities, including reform of a binding arbitration system that often is the last word on contracts for teachers and other municipal employees, Fasano said.

“Maybe now we have to have this conversation, too,” Ritter said. “All this does is put a lot of different balls in the air and gives us an opportunity to juggle them.”

Educators said they are “extremely cautious” about the proposal, and will wait to see what happens to the other state education grants.

“Our schools are just about at the breaking point, and this cost would be impossible to incur at this time,” Robert Rader, executive director of the Connecticut Association of Boards of Education, said during an interview.

“The unintended consequence could be that cities and towns cut their education spending to pay for this cut from the state,” said Mark Waxenburg, the executive director of the Connecticut Education Association, the state’s largest teachers’ union. “We worry this will find its way into cuts in the classroom.”

The Malloy administration declined to say whether cities and towns would be allowed to cut their spending on education beyond the limits that currently exist.

An unintended consequence of the system is that it disproportionately funnels much more assistance to wealthier communities and helps poorest cities the least. Connecticut’s richest towns traditionally pay their teachers the highest salaries and employ more staff, which results in larger pension benefits and higher costs to the state.

In Bridgeport, another impoverished municipality, the state will spend $30 million this year for teachers pensions – just 20 percent more than in Greenwich although Bridgeport enrolls two and a half times as many students.

“The current system results in vast disparities in our communities,” Malloy said, pointing out that he agrees with the recent court decision that concluded the disparities in education aid being provided to impoverished school districts are unconstitutional. “This isn’t just about saving money. I believe it is almost a more reasonable policy. … We’re asking towns to help partner with the state.”

Required contributions to the teachers’ pension funds are one of the fastest growing major components of the state budget. They have increased by an average of $80 million annually since 2005, and represent half of the $1.6 billion increase in Connecticut’s annual education spending over the past decade.

The $1 billion contribution Connecticut must make this fiscal year will surge beyond $1.33 billion by 2018-19, a 33 percent increase over two years or an average annual jump of nearly 17 percent.

Of the increased pension costs for the upcoming fiscal year, $33 million will go to pay for pension benefits in the state’s 20 wealthiest municipalities – one out of every eight new dollars in spending.

The executive director of the Connecticut Council of Small Towns, Betsy Gara, also reacted cautiously to the governor’s proposal.

“We understand the state is facing some very difficult financial challenges,” she said. “But towns have very little control over their education budgets.”

If the state is going to shift some pension burdens onto communities, she said, that discussion must include mandate and arbitration reforms that would help towns better control wage and benefit costs, she said.

The governor said he would not propose any major tax increases to balance finances next year. But in order to close the deficit and to help those communities most in need, Malloy added, Connecticut must look at the tax credits and exemptions it offers.

The property tax credit first was enacted in 1995 as a compromise between Republicans, who favored a flat tax on wages, and Democrats, who argued for a more progressive system.

This provision enabled middle-income households to reduce their income tax obligation to reflect some or all of the municipal property taxes they had paid.

At its peak seven years ago, the credit provided $365 million in relief to an estimated 1 million income tax filers.

Since then, the credit has been shaved to $200 with tighter eligibility standards and is worth $105 million an estimated 874,000 filers.

Looney, the Senate leader, said he would rather increase taxes on higher earners than cut a popular middle-class tax benefit.

“We have been down this road before, eliminating the property tax credit or partially restoring it when the sate looks to balance its books. This is the only real relief homeowners enjoy and now, once again, the governor wants to get rid of the only break the state ever gives them,” House Minority Leader Themis Klarides, R-Derby, said. ”Republicans have offered alternative spending cuts in the past to avoid this and we are prepared to do so again.”