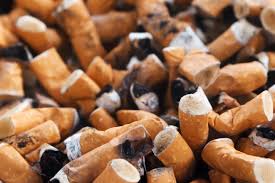 Connecticut and most other states need to be cautious about their rapidly increasing reliance on cigarette and other volatile “sin” taxes, according to a new report from Pew Charitable Trusts.

“This is the paradox of sin taxes,” the Philadelphia-based policy think-tank wrote in a new report last week. “These extra dollars and cents levied on products and activities considered detrimental to consumers—traditionally tobacco, alcohol, and gambling—are intended to accomplish two contradictory goals: Like all taxes, they generate revenue for the taxing entity, but they also aim to deter the behavior being taxed—which can ultimately negate the first goal.”

Since 2000, all but nine states have significantly raised taxes on cigarettes and other tobacco products. The median tax has grown fourfold from 34 cents per pack nearly two decades ago to $1.57 at present.

The growth has been even more stark in Connecticut, where the tax has exploded from 50 cents per pack in 2000 to $4.35 now. The last increase, a 45-cent hike enacted in October 2017, elevated Connecticut into a tie with New York for the nation’s highest rate.

But while Connecticut’s cigarette tax is nearly nine times what it was two decades ago, the $384 million it raised last fiscal year is only three times larger than what the tax raised in 2000.

The Pew report acknowledges this is understandable, given that the tax hikes are designed to discourage cigarette use.

But this instability poses a greater risk for states like Connecticut, whose finances are under considerable strain and are projected to be in this condition for the next 10 to 15 years.

In Connecticut’s case, the problem is retirement benefit and debt costs, which consumed about 12 percent of the General Fund two decades ago and eat up closer to one-third now.

Pension programs suffering from eight decades of inadequate funding are among the fastest-growing costs in the state budget, and are projected to remain on a high trajectory through the early 2030s.

Bryte Johnson, director of government relations for the American Cancer Society’s Cancer Action Network in Connecticut, said the state’s rising cigarette taxes alone are not a solution to the problem of tobacco use.

While rising taxes do reduce tobacco use, “the state is still losing almost $175,000 per hour in health care cost related to tobacco use,” Johnson said, adding that outside of federal Medicaid funds, Connecticut has appropriated no state dollars for tobacco control since 2015.

The new report also cautions states like Connecticut that are considering legalizing and taxing recreational marijuana use.

A legalization bill cleared a major legislative panel for the first time in the spring of 2018 when the Appropriations Committee narrowly endorsed the measure. It died on the House calendar when the regular legislative session ended on May 9.

Nine states, including neighboring Massachusetts, and the District of Columbia have legalized the drug for recreational purposes.

But while Oregon and Alaska also have seen revenue growth overall, it has been on more of an up-and-down trajectory.

Advocates say subjecting marijuana sales to the 6.35 percent base sales tax rate, and a 25 percent surcharge, would raise $71 million in the first year.

The Connecticut Coalition to Regulate Marijuana, the local affiliate of the Washington, D.C.-based Marijuana Policy Project, recommended Connecticut initially subject marijuana sales to the 6.35 percent sales tax with a 0.25 percentage point surcharge. But it also says the state should shift eventually to the standard sales tax rate plus a charge of $50 per ounce.

The coalition estimated it could raise more than $70 million per year for Connecticut initially, but eventually collect more than $160 million annually.

“Long-term projections are going to be speculative for cannibas,” he said.

But Simon said it also isn’t appropriate to classify marijuana as a “sin” tax, arguing there is widespread use in states where it is illegal as well as where it is sanctioned by law.

The difference, Simon added, is that legalization and taxation replaces a lucrative, elicit market with one subject to government regulation and oversight.

Though not technically a “sin” tax, casino receipts, and gambling in general, also are a key part of the budgets in Connecticut and other states — and pose a similar risk, the report warns.

While lottery revenues held steady nationally over the past decade, casinos and parimutuel wagering sites have spread quickly in the states that have legalized them.

For example, five states — Florida, Kansas, Maryland, Ohio and Pennsylvania — have added more than 30 casinos and parimutuel facilities since 2006.

At the same time, Connecticut and 17 other states that had casinos before 2006, collectively saw a 16 percent revenue drop.

Connecticut has had an agreement since 1993 that entitles the state to 25 percent of video slot receipts from tribal casinos in the state’s southeastern corner.

But the state’s share of those receipts, which peaked at $430 million in 2007, has steadily dropped in the face of competition from gaming centers in neighboring states, falling to $274 million in the fiscal year that ended June 30. And this fiscal year the state’s projected take is just $204 million.