The times, they are a-changing… but it ain’t easy

For Gov.-elect Lamont, the transition from citizen to governor has been deliberately chaotic, especially last Tuesday when his team hosted about 450 people for a day of brainstorming at a “policy summit” intended to bring new ideas and direction to state government.

Smith and Petricelli, co-chairman of the now-defunct Commission on Fiscal Stability and Economic Growth, would like one of those new ideas to be the update of their original recommendation on how to transition the state out of its economic tailspin, modified, slimmed and called “2.0.”   Now that the elections are over, the pair have been again making the rounds of the state warning that, without action, Connecticut will be rapidly approaching a financial calamity. 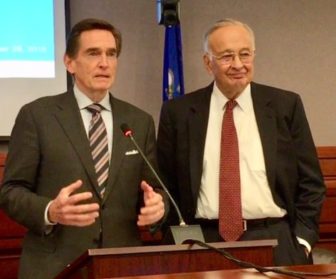 Some members of Gov. Dannel Malloy’s administration, meanwhile, are moving on. Ben Barnes, Malloy’s budget chief the past eight years, has moved over to the Connecticut State College and University system to be its chief financial officer.

Joette Katz, the former Supreme Court justice who ran the Department of Children and Families for Malloy, is likewise stepping down next month after a sometimes tumultuous eight years.

Rep.-elect Hayes last week began getting her first good taste of what it’s like to be a freshman member of the House of Representatives, discovering “how deeply partisan it is.” She experienced a dose of political reality, too, when she backed House Democratic leader Nancy Pelosi for Speaker of the House after saying she wouldn’t during her election campaign.

Pelosi won the Democratic nomination for the post on Wednesday, but needs to win over a few Democratic holdouts when the entire House votes next year. Rep. Himes, D-4th District, along with the rest of the Connecticut delegation, supported her and warned the dissenters to either come up with an alternative candidate or “stand down.”

U.S. Sen. Chris Murphy would like the U.S. to stand down in Yemen, and last week won support for a resolution that would end support for Saudi Arabia’s military operations which have caused a humanitarian crisis.

There are some problems that seem almost intractable. One is racial segregation in Connecticut’s schools, where efforts to improve student outcomes with a magnet school system is frustrating parents and educators alike. 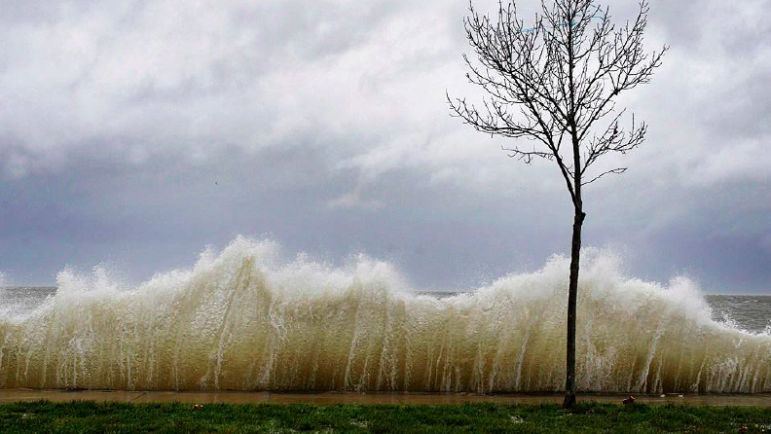 Another is coastal vulnerability to hurricanes and sea-level rise. Despite the damage and expense caused by Hurricanes Sandy and Irene, the Connecticut coast line is not much better protected than before. Some municipalities are taking corrective measures, but experts say those efforts are not nearly enough.

On the brighter side, people are signing up for Affordable Care Act health insurance as quickly as in previous years, and $19 million in new funding means that homeowners whose foundations have been crumbling because of contaminated concrete can now begin applying for relief from the Connecticut Foundations Solutions Indemnity Company.

The payments for foundation repairs will probably be a lot more than what Connecticut farmers got from the federal government to compensate them for losses caused by Trump administration tariffs imposed on Mexico, China and Canada. 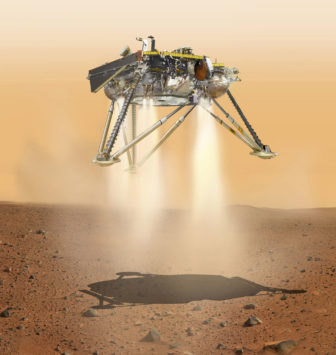 This is an illustration showing a simulated view of NASA’s InSight lander about to land on the surface of Mars. Credits: NASA/JPL-Caltech

The President – also known as “Individual 1” in his former lawyer’s latest plea deal – did succeed in getting Mexico and Canada to sign a revised NAFTA agreement, but Congress, which must still sign off, may demand a number of changes.

All of these matters, of course, must seem pretty small when viewed alongside the lifetime of accomplishments of former President Herbert Walker Bush, who died Friday, or  from afar  — like, say, from the surface of Mars, where NASA has landed another exploratory spacecraft.