The process will include public participation 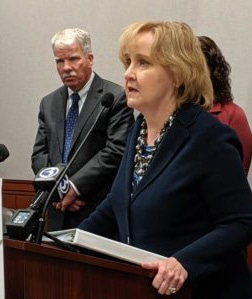 Four veteran prosecutors from across the state have emerged as finalists for the chief state’s attorney position left vacant since December. The Criminal Justice Commission will interview each of them in a public meeting at the Legislative Office Building on Jan. 30 at 9 a.m.

Each applicant will be interviewed for about an hour and a half, after which the public will have an opportunity to comment. Then six of the commission’s seven members will enter executive session before returning to an open meeting to comment on whomever is nominated and submit that person to a vote. The appointed top prosecutor will assume the position immediately.

“The most successful chief state’s attorney candidate will have to be able to be all things to all people,” said Andrew McDonald, Supreme Court justice and chair of the Criminal Justice Commission. “That’s an almost insurmountable aspiration because there are so many different and varied aspects to this position.”

McDonald said the next chief state’s attorney must be a premier prosecutor, an outstanding organizational leader, a financial manager an articulate spokesperson, a consensus builder and a skilled political actor who can effectively advocate in legislative arena. 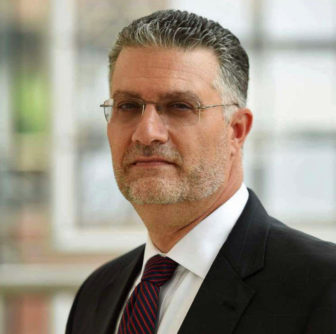 The commission held a forum last fall to identify the qualities, characteristics and experience members of the public value in Kane’s successor. Among the suggestions were calls for the next chief state’s attorney to support creating a conviction integrity unit to investigate claims of innocence, reforming Connecticut’s cash bail system and establishing independent, citizen-led police review boards that have subpoena power.

The next chief state’s attorney will finish Kane’s term, which ends in 2021.

Criminal justice reformers are watching the appointment process closely. The ACLU of Connecticut’s Smart Justice team asked applicants to complete a 17-question survey assessing their stance on a variety of issues, including the closures of Northern Correctional Institution and Manson Youth Institution, whether they would supporting setting a uniform standard for criminal discovery and investing in diversionary programs. All four finalists completed the survey. The ACLU published each of their responses individually.

“Overall the survey was an opportunity to let whoever the chief state’s attorney is know where we stands in terms of decarceration, and where we stand overall in terms of policies and our expectations for the person who holds the role,” said Claudine Fox, campaign manager for the ACLU of Connecticut. “Our hopes with the survey was to at least provide some more information to the public about where these candidates stand on the issue that are important to us.”

The poll also gives the next top prosecutor a glimpse into the reforms the ACLU of Connecticut will advocate for in future sessions, Fox added.

All four applicants support legislation to require standard policies and procedures for all 13 state’s attorney’s offices. They pledged to follow the state’s prosecutorial transparency law and to implement a digital system to manage cases, back legislation requiring prosecutors to disclose all criminal cases’ evidence to defense attorneys no later than 30 days before trial. They also committed to increasing police accountability by assigning prosecutors to ensure each criminal charge is supported by probable cause before filing the charge with the court and ensuring cases are dismissed when there is not enough evidence.

“The topic of police accountability right now is a hot one, and to see at least all four of them were committed to doing something within that field was pleasantly surprising to me,” said Fox, who said the survey showed “glimmers of hope and room for improvement.”

Fox said she was encouraged by the police accountability responses and that Lohr said he’d support closing Northern, the lone candidate who backed the prison’s closure outright. She also appreciated Lawlor saying he and Kane drafted a proposal that would create a conviction integrity unit within the Office of the Chief State’s Attorney.

No candidates supported closing Manson, despite a federal investigation into its conditions of confinement for minors. Also, none of the applicants supported dedicating half of the Department of Criminal Justice’s budget by 2025 to community wellness programs that would divert people from incarceration. Multiple candidates noted this was impractical since about 90% of the division’s budget is devoted to personnel.

“Our hope is the commission will take the results into consideration,” said Fox.

McDonald said he will review written testimony submitted to the commission and the ACLU’s survey before Jan. 30.

“I think all points of information about a candidate’s viewpoints about relevant issues should be considered,” he said.

Correction: This story was updated on Jan. 15 to correct misinformation about Maureen T. Platt, who has been state’s attorney for the Judicial District of Waterbury since June 2011. The story originally said she has served in that role since 2001.