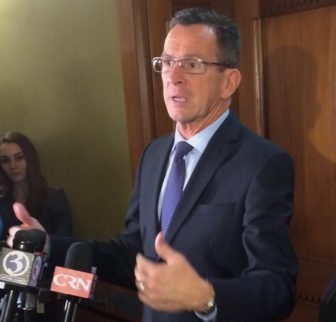 The Office of Policy and Management, the administration’s chief budget and policy agency, released cuts totaling $82.1 million. The schedule can be viewed here.

The deficit-mitigation plan enacted on Dec. 8 authorized the governor to assign $110 million in total reductions, including $93 million to Executive Branch departments and agencies. The Judicial and Legislative branches face cuts of $15 million and $2 million, respectively.

Gian-Carl Casa, spokesman for the governor’s budget office, said Wednesday the administration believes that the rest of the reductions will be achieved through savings various departments and agencies already are on pace to achieve.

The cuts fell heavily on social service agencies, which receive a large portion of budget funds not locked in by contract. Medicaid funding was reduced by almost $25 million.

But most agencies and departments also saw a reduction in their personal services accounts — which are used to cover wages.

Though the administration has not announced any layoffs to date, neither Malloy nor legislative leaders during budget negotiations would dismiss the possibility that these cuts could force some job losses.

The governor and legislature closed a deficit in the current fiscal year that, according to nonpartisan analysts, had topped $250 million.