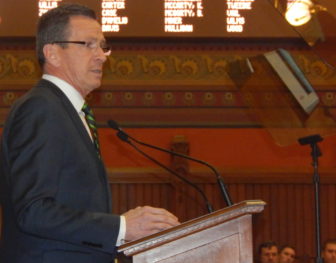 As they try to cut more than $34 million from their budget, officials at the Department of Mental Health and Addiction Services say they anticipate reducing the number of treatment beds available – a prospect that worries hospital officials and mental health professionals.

“In an era when we’re in this opioid crisis, why would we be reducing capacity when there’s already not enough?” asked Terri DiPietro, director of the Center for Behavioral Health at Middlesex Hospital. “We already can’t get people in, and now they’re talking about closing beds?”

Patricia Rehmer, president of the Hartford HealthCare Behavioral Health Network, who until last year served as the state’s commissioner of mental health and addiction services, said the possibility of losing beds was concerning, and noted that there’s already a waiting list for state-operated psychiatric beds. As of last week, there were 33 people on it, most of whom were waiting in general hospital inpatient units.

“I’m not sure of the system’s ability to absorb this,” Rehmer said.

Clues to where Malloy’s commissioners might cut, if given the authorityMental health funding tradeoff draws criticism, praiseTrying to break the cycle that creates health care ‘super-users’In some primary care offices: The social worker will see you nowMental health agencies take on larger role coordinating all care

But Jeff Walter, interim CEO of the CT Community Nonprofit Alliance, which represents community treatment providers, said that while having fewer state-operated beds would reduce access in a system with little excess capacity, private community providers are interested in expanding their services – if the state makes the resources available.

Under Gov. Dannel P. Malloy’s proposed budget, the Department of Mental Health and Addiction Services faces nearly $72 million in cuts from the $680 million originally budgeted for it in the upcoming fiscal year. That includes $34.5 million in unspecified savings.

Department officials told members of the Appropriations Committee in writing last week that, “We anticipate a reduction in beds in our service system under the proposed budget,” but said they had not yet determined where the cuts would occur.

DMHAS spokeswoman Diana Lejardi said Wednesday that no decisions have been made about how resources would be allocated, including final decisions about closing substance abuse treatment or psychiatric beds.

“This is a very involved and difficult process, however, DMHAS is committed to best serving our clients to reflect necessity and utilization within our available resources,” she said.

While DMHAS has not identified what beds it might close, department officials last October included the closure of a 20-bed detox unit at state-run Connecticut Valley Hospital in a list of budget-cutting options prepared at the request of Malloy’s budget office, forecasting it would save $4.6 million. Officials wrote that they were confident people needing medically managed or monitored detox would still be able to access the services based on the capacity among community providers and the availability of the services at many general hospitals.

But those who work in the private sector questioned whether it would be possible to absorb any loss of state beds.

“The system cannot afford to lose that 20-bed detox unit. Those beds are in constant demand,” said Carl Schiessl, director of regulatory advocacy at the Connecticut Hospital Association. “We think that if those beds went offline, the needs of patients in Connecticut for the services provided there would go unmet, and that these patients would resort to, unfortunately, relying on our emergency departments to address their personal health care crises.”

Dr. Tait Michael, medical director of community health at Western Connecticut Health Network, works on teams focused on patients who frequently end up in emergency rooms at Danbury and Norwalk hospitals. Each team sees three to five patients per week who could be court-ordered into treatment for alcoholism because of how severe their conditions are – but who can’t be placed into treatment because there are no beds available for them, Michael said. Generally, the only beds people can go to in those situations are the detox beds at Connecticut Valley Hospital, she said.

Rehmer said there’s been an increase in demand for substance-abuse treatment. And she worries that if there are fewer beds, it will be harder to act at what she calls “that pivotal moment” when a person decides he or she is ready for help. If there’s no bed available at that time, she said, the willingness might be gone before a bed opens.

What about the possibility of reducing the number of psychiatric beds?

“That would be even worse,” DiPietro said. “There’s not enough capacity as it is.”

Are state and private beds interchangeable? 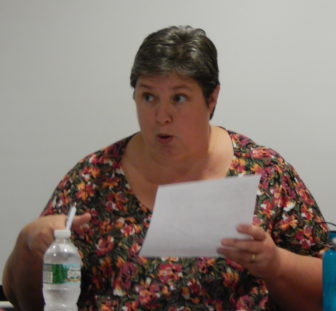 Beyond concerns about overall capacity, several psychiatrists and hospital officials said the beds the state operates are not interchangeable with those the private sector operates, because the state often takes patients who are more medically complex, lack private insurance or need longer-term treatment than hospitals or community programs generally provide.

While hospitals can take patients who need detox, DiPietro said it’s not the right setting. The staff in detox units specialize in addiction and work with patients on recovery issues; and, at Connecticut Valley Hospital, work to get people into rehab immediately after detox – the most vulnerable time for a patient, she said. By contrast, she said, staff in medical units address a patient’s medical needs but don’t generally have the training to talk to patients about their addiction problems.

But when those beds are full, people waiting for longer-term beds can spend 70 to 100 days in acute-care hospital beds, which DiPietro said don’t offer the kinds of services, such as skill rebuilding, that a longer-term facility provides.

And that can create a backlog in the system, DiPietro said, reducing spots in acute-care hospitals for people who need short-term beds. Some then have to go to hospitals farther from home, where it’s harder for family to visit or to be connected with local service providers who will work with them when they get out.

If the state were to close psychiatric beds, Rehmer said, officials would have to think about funding other beds for people who need more than 7 to 15 days of inpatient treatment.

On one level, “It’s crazy to think about closing beds at this point in time,” said Walter, from the community provider organization, noting the ongoing surge in opioid use.

On the other hand, he said, there could be an opportunity to save money by shifting state services to the private sector – if some of the savings are spent on increasing capacity among community providers.

“If the state is going to move forward to close those beds, they need to maintain enough funding or have some of the savings go into increased capacity in the community and at reimbursement rates that are sustainable,” he said.

But hospital-based psychiatrists and others were less confident about the private sector’s ability to replace state-run beds.

Michael said it can be difficult to get patients into a private rehab or detox facility if, for example, they had suicidal thoughts in the past or have medical conditions such as diabetes.

“I don’t think those beds are replaceable,” she said of those operated by the state.

“By and large, I’ve found that most of the time those referrals were appropriate and could be treated in the community, and community providers were willing to accept them when they had beds available,” he said. “The dilemma is that in trying to maintain a payer mix that can sustain a program, if all the patients are going to be on public assistance at rates that are just way below cost, it becomes a real dilemma for the community provider.”

Legislation passed last year called for state agencies to conduct a study on the adequacy of psychiatric services, including the number of short-term, intermediate and long-term psychiatric beds needed in each part of the state. If DMHAS moves to close beds, Schiessl said, it could occur while the department is studying whether those beds are needed.

Asked about the potential for bed cuts and concerns raised about them, Malloy spokesman Chris McClure said, “Households don’t budget based on what they want to have, but plan based on what they actually have. State government needs to do the same, and we will continue working with DMHAS on how to best accomplish that goal.”

And the governor’s office noted that overall DMHAS funding has grown in the past five years, and that Malloy’s budget proposal did not subject funding for staff at Connecticut Valley Hospital or a major funding stream for mental health treatment to the 5.75 percent across-the-board cuts many other programs in state government are facing.

As of Friday, 173 people are hospitalized in Connecticut with COVID-19 while hospital vacancy statewide is at 39 percent.

Take a flight over a COVID quiet Connecticut

WNPR's Ryan Caron King flew his drone to see how Connecticut was following the governor's orders to stay at home.