About half of the 234,000 elementary and middle school students tested during the last school year were not at grade level in reading or math, state education officials announced Thursday.

But a higher proportion of students were at grade level than in the previous year. 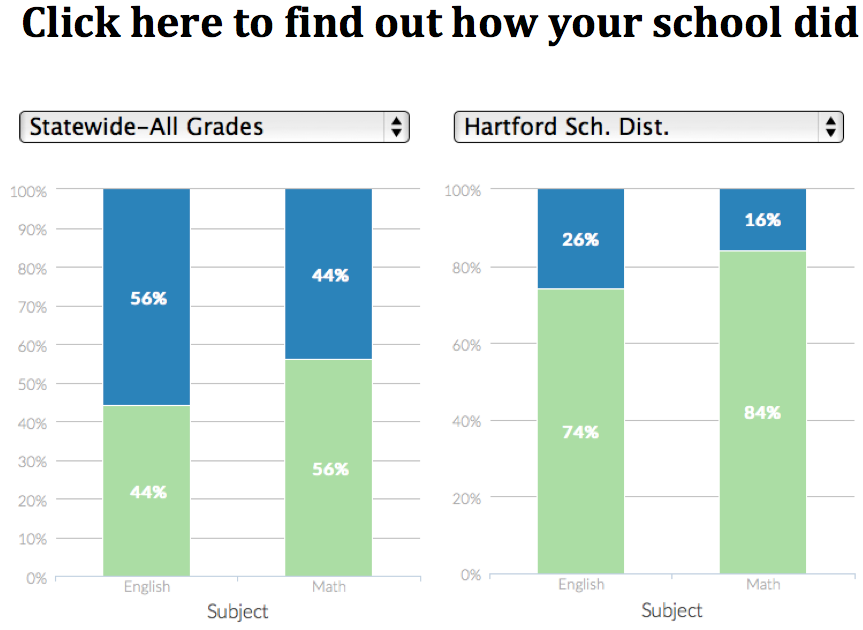 Education officials said the scores showed both how much progress had been made and how far the schools still have to go.

“They underscore critical challenges we have,” said State Education Commissioner Dianna Wentzell during a conference call with reporters Thursday. “We know we’ve got a lot of work to do, these scores underscore that. But the fact that we’re making such significant progress on that work is quite heartening… It helps us know where we need to go.”

So how far behind are the students who didn’t pass the exams, known formally as the Smarter Balanced Assessment? Or how are specific districts and schools doing in educating various vulnerable populations, such as those with special education needs, minorities or low-income students? Or how many students skipped the somewhat controversial exam?

Departing from past practice, the State Department of Education did not release that information with its announcement of test results Thursday, saying it wasn’t ready and would be released at an unspecified future date.

‘That’s all forthcoming,” said Wentzell, pointing out that department decided to release data piecemeal as it was ready rather than wait until after the new school year started. “That’s what we have for now.”

What the test results show

The overwhelming majority of districts and schools saw larger percentages of students testing at grade level, but dozens of schools and districts also saw declines in their reading or math scores or both. 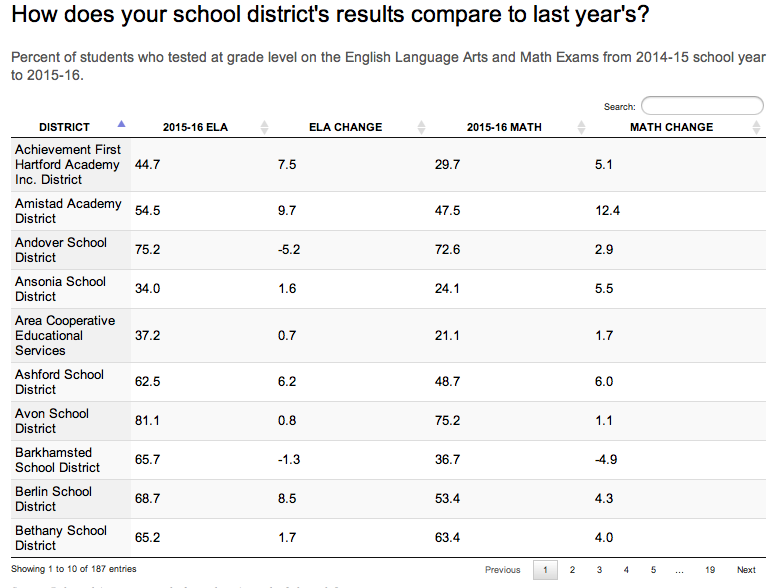 Similar results played out on the math exam.

Parents will be notified of their children’s scores beginning in mid-September.

High school students no longer take the Smarter Balanced exam because the state now uses the SAT to measure school and district progress. (See those results here.) Students in selected grades also take a separate science exam. Those results will be released at a later date.

State officials said they were pleased with the results released Thursday.

“Connecticut is definitely moving in the right direction,” Wentzell said. “These are significant improvements.”

“Our smart investments and commitment to our children are changing lives,” said Gov. Dannel P. Malloy, a Democrat. “Every time we raise the bar for our children and set high expectations, they reach it. This is undoubtedly a step in the right direction – and it’s a step we should all celebrate.”

“We need to continue the momentum, and we need to maintain a laser-sharp focus on preparing all children for success in college and the workforce,” Malloy said.

State officials said that, among other things, measuring how different demographic groups of students are doing is important.

“State assessments are a civil rights issue,” said Wentzell. “This is one of our best tools to really deliver on our promise of an excellent education for all of our kids. We need to measure our achievement of that promise and report on it in order to make a difference for all of our kids.” 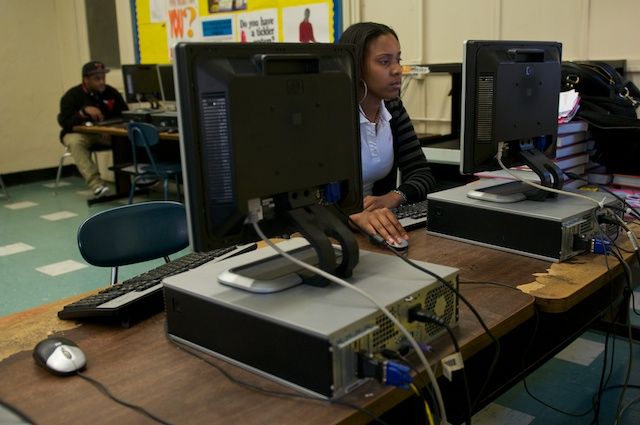 While school- and district-level results for high-need students were not available Thursday, the state did release a breakout of aggregate statewide results.

Those results show continuing huge gaps in achievement between minority students and their peers. For example, 69 percent of white students passed the English test compared to 33 percent of Hispanics and 31 percent of black students.

Its unclear how big the gap is between students from low-income families and their better-off peers. While the state reports 33 percent of students who qualify for free or reduced-price meals passed the English test and 20.8 percent passed in math, the state was unable to provide the passing rates for those who do not come from low-income families.

These gaps are consistent with those seen in previous year. However, the good news is that, while the gaps stayed about the same, a higher proportion of students across all groups, including vulnerable populations, achieved grade-level scores.

What is the test used for?

Among other things, state officials plan to use the test scores to identify the state’s lowest-performing schools. In recent years, as additional state funding for education became available, these schools and districts received almost all of that added funding.

Education Commissioner Dianna Wentzell with Gov. Dannel P. Malloy at a library at an elementary school in Bristol.

However, next fiscal year, low-achieving districts are slated for major cuts because overall state education funding was cut by nearly $100 million to close the state’s budget deficit. And the fiscal picture is not looking any better for the next fiscal year. The legislature’s nonpartisan fiscal office projects that the state is facing a $1.3 billion budget shortfall for the fiscal year that begins July 1, 2017.

The test results also count for half of the zero to 100 rating for each school that the state releases each spring. The remainder of a school’s grade is drawn from things like attendance rates and access to arts courses. (See last year’s ratings here.)

Under present policy, test results also will account for nearly one-quarter of teachers’ evaluations beginning in the 2017-18 school year. Teachers will be graded on the progress students make on the exams from year-to-year.