State releases grades for every school 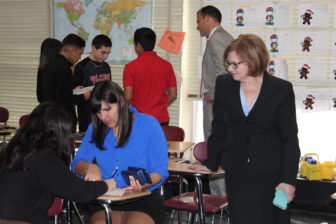 Grading schools on more than just tests scores has been a long time in the works.

But the State Department of Education has now released a zero-to-100 rating for every school in the state based on 19 different measures, including factors such as how many students are chronically absent, enroll in arts and Advanced Placement college-prep courses, graduate from high school and enroll in college within a year of graduation.

“It is more balanced; it doesn’t look only at test scores,” Ajit Gopalakrishnan, the leader of the State Department of Education’s performance office, told the State Board of Education Wednesday. “This is our first salvo into this system.”

Officials at the State Department of Education said Wednesday that the agency intends to begin rating schools on their improvement on test scores and other measures starting next year.

The state also intends in upcoming years to classify schools with a simple 1-through-5 rating, based on how a school’s “accountability score” compares with that of others across the state.

On Wednesday, the state released a list of schools that fall into Category 4 or 5, meaning they are in the bottom 10 percent of schools in the state based on their outcomes. Category 5 schools are those that have been identified as the worst performers since 2012 and Category 4 schools are new additions.

Find out how your school fared below.

Want to know more? How big are classes at your school? How many students are expelled? How much are teachers paid compared to neighboring schools? Find out here in the Connecticut Mirror’s Your School database, based on the most recent available information. 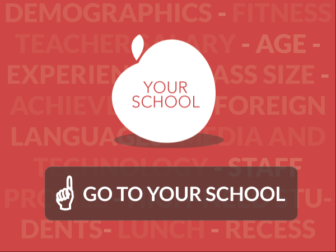 Research released Monday confirms what many parents and educators already suspected — more students than ever are falling behind during the pandemic, a problem especially […]

Most of the new money Lamont would distribute to cities and towns wouldn’t come out of the state’s coffers.