Just when contemporary American politics seemed to be as divisive and hateful as it could get, a murderous act of anti-Semitism last week took the nation to new depths.  The mass shooting of 11 members of the Temple of Life Synagogue in Pittsburgh horrified anew a nation that was still getting over a recent pipe-bomb attack. 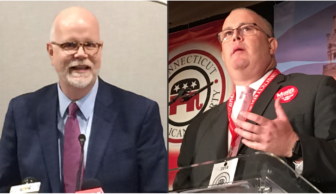 Fortunately, hate speech and acts of violence have not been the norm in Connecticut’s 2018 election cycle, where, for instance, incumbent Comptroller Kevin Lembo and Republican challenger Kurt Miller argue over whether Lembo has done enough to check the state legislature’s fiscal imprudence or to challenge the wisdom of Gov. Dannel Malloy’s plan to defer until 2032 the payment of billions in state pension contributions.

The candidates for State Treasurer – Republican Thad Gray and Democrat Shawn Wooden — have focused on their qualifications to act as state government’s chief investment officer as it continues to struggle with huge post-election deficits. 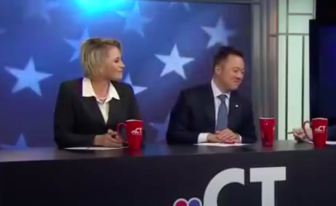 Susan Hatfield and William Tong during a debate at WVIT.

The policies of President Donald Trump are more of an issue in the race for State Attorney General between Democrat William Tong, Republican Susan Hatfield and Green Party candidate Peter Goselin — specifically whether one of them would join fellow state attorneys general around the U.S. in suits challenging Trump executive orders or initiatives.

U.S. Rep. Jim Himes, D-4th District, is sharply critical of the president’s foreign policy, and in a debate with Republican challenger Harry Arora disagreed with his opponent that using tariffs against China is a good idea.

For his part, Trump has put on a last-minute campaign push to energize Republicans using the immigration issue as his main ammunition.

Of course the big race, the most contentious race, is for governor, where Republican Bob Stefanowski, backed by a handful of six-figure donors like filmmaker Reverge Anselmo, gained a slim, statistically insignificant, advantage in one poll over Democrat Ned Lamont, a self-funded millionaire. Lamont, however, had a slim lead in another.

Friday the Greenwich Democrat pitched his loyalty to organized labor, as did U.S. Sen. Chris Murphy and others on the Democratic ticket.

Perhaps to the chagrin of New Yorkers, both candidates have expanded their campaigns to the New York broadcast market which serves southwestern Connecticut.

Despite endorsements from the NRA and the state’s largest gun owner’s group, Stefanowski has declined to say exactly where he stands on certain gun control issues such as whether he would favor reversing the state’s strict measures imposed after the Sandy Hook Elementary School killings; and Democrats pointed out his stance following the mass shooting in Pittsburgh. But the Republican from Milford has stated his position on many other issues, along with Lamont and independent candidate Oz Griebel. 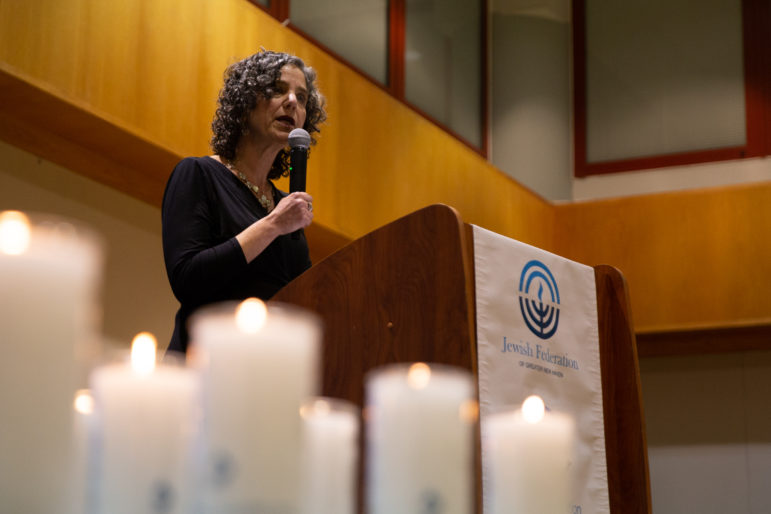 If Stefanowski does get elected, he’ll apparently have help from former Sen. Joe Lieberman when taking over his new position.

One of the most important issues to Connecticut voters is health care insurance, an issue underscored by the start of the sixth open enrollment period at Access Health CT, the state’s health insurance exchange.

The state’s business community has its own concerns, but has generally not pushed for any particular candidate since it has to work with whomever is elected to follow Gov. Dannel Malloy.

For his part, Malloy — perhaps the nation’s most unpopular governor — has been staying off the political trail and watching as some of his top commissioners prepare to leave.