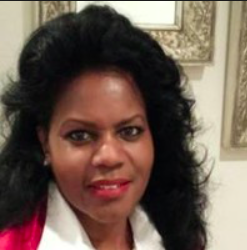 The administration of Gov. Ned Lamont is shaping up as one of the most racially diverse in Connecticut history with the nominations Friday of two African Americans and one Latina as the commissioners of three state agencies: Housing, Insurance and Public Health.

After confirming the selections of housing and insurance commissioners that were reported earlier by the Connecticut Mirror, the administration closed out the day by announcing the nomination of Renée D. Coleman-Mitchell as the next commissioner of public health.

Coleman-Mitchell, now the executive director for Cougar Health Services at Washington State University, worked the Connecticut Department of Public Health for 14 years years before leaving as a section chief. She previously was the deputy health director in Hartford and the executive director of a health clinic in Meriden.

“Renée knows Connecticut’s public health community well and has the right experience and leadership skills to help achieve our goal of making our state even healthier,” Lamont said in a statement. “I look forward to having her on our team and am confident that, along with the capable staff at the agency, we will be ready to face these important challenges.”

Coleman-Mitchell has a master’s in public health from Yale University and a bachelor’s from Connecticut College.

The others nominated earlier Friday are Andrew N. Mais as insurance commissioner  and Seila Mosquera-Bruno as housing commissioner.

Mais is an insurance industry regulatory specialist at Deloitte and a former Cablevision talk show host. Mosquera-Bruno is the president and chief executive officer of the Mutual Housing Association of South Central Connecticut, which does business as NeighborWorks New Horizons.

All three face confirmation by the General Assembly. The remaining departments without nominees for commissioner are Motor Vehicles, Education, Social Services, and Agriculture.

Eight of the 23 department heads nominated by Lamont are black or Hispanic.

In December, Lamont addressed “The 94 % Black Leadership Summit,” a reference to election the estimate that 94 percent of African-Americans voted for Lamont, and promised to assemble an administration that provided employment and contracting opportunities for everyone.

His running mate, Susan Bysiewicz promised during the campaign, “Ned and I are committed to building the most diverse administration the state has ever seen.”