Should state offer a retirement savings plan for the private sector? 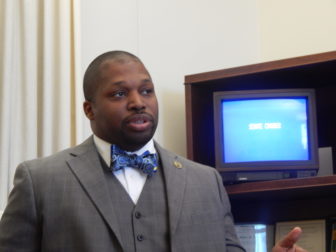 The partisan debate heated up Thursday at the Capitol over whether state government should administer a retirement savings program for private-sector employees.

Democratic lawmakers, one of the state’s largest public-sector unions and the AARP countered that it would offer a vital service to an estimated 600,000 low- and moderate-income residents who have little or no retirement savings plans.

“Government has no business managing this aspect of our lives,” Senate Minority Leader John P. McKinney, R-Fairfield, said. “Government is already trying to manage your health care decisions. After the failure of the Obamacare rollout, is anyone really ready to trust government to manage their retirement savings?”

But a measure pending on the Senate calendar early Thursday would allow the state to operate a retirement program similar to the 401(k) plans offered by many private-sector employers.

The bill would bar the state from charging workers an administrative fee greater than 1 percent of their respective investments. Businesses without retirement plans would be required to offer the program. And though workers could opt out, they could not invest less than 2 percent, or more than 5 percent, of their income in the program.

Advocates argued this would be a much more affordable option than private-sector workers face now if their employer offers no such plan. Working with a bank or financial manager, they said, fees almost certainly would exceed 1 percent.

“The CEOs and the shareholders (of major investment brokerages) are making millions of dollars off these 401(k)s,” said Salvatore Luciano, executive director of Council 4 of the American Federation of State, County and Municipal Employees.

Council 4, one of the largest groups backing the bill, represents more than 30,000 state and municipal employees.

“People save more if they can do so through their job,” the AARP wrote in a statement released Thursday, adding that three out of four workers in businesses with 100 employees or fewer are offered no retirement plan through their job.

And if small businesses that lack a retirement plan of their own can refer people to a state-run plan, it might help them compete with larger firms for top workers, advocates argued.

But John Sayour, an agent with New York Life for 29 years, said the financial services sector is prepared to work with households of all incomes to develop a retirement savings plan they can afford. The real problem, he said, is that too many Americans are nearing age 55 or older having given little or no thought to saving for retirement.

“We need to educate the young,” he said.

And Michael Leone, a financial planner in Southington, said he fears the bill ultimately would hurt more than just large brokerages.

Leone said his business employs just six people, but he fears it would have to eliminate one of those jobs if the measure became law.

Opponents also noted that the annual cost of administering the retirement program would range from $2 million to $8 million.

Senate Minority Leader Pro Tem Leonard Fasano, R-North Haven, noted that no other state has successfully operated a program like this for any significant period of time.

Besides an unnecessary $2 million to $8 million annual cost to provide a service already offered in the private sector, Connecticut also could find itself facing more legal and fiduciary responsibilities than advocates have anticipated, Fasano said.

If it were not legally and fiscally feasible, the program would not be launched,

“The intent of the bill is to make the program entirely self-sustaining,” he said.

Sen. Gary Holder-Winfield, D-New Haven, chairman of the legislature’s Labor Committee, added that people who retire with no savings plan often rely upon public assistance for health care and other needs – services that are much more costly than the expense of running a retirement savings program.

“At some point, they will become our responsibility in some way,” he said.