A good Connecticut winter for eagles, trees and stink bugs, not necessarily bats 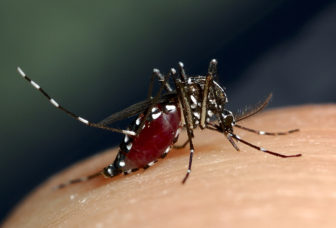 The Asian Tiger mosquito may have wintered over -- not a good development.

With polar-vortex cold spells and seemingly endless snow, there was more than the usual wondering about what impact last winter might have on plants and wildlife — and in particular whether the harsh conditions would kill off some of the nastier critters that have plagued the state recently.

From boxwoods and ash trees to bats, turkeys and eagles, the last five months have produced a few predictable consequences, but more often those consequences are unexpected, counter-intuitive and even good.

It will be a while before there are answers to one of the most concerning issues: how the state’s mosquito population fared and what that may mean for West Nile virus and Eastern Equine Encephalitis outbreaks this year.

“It’s not possible yet to predict what we’ll see for West Nile virus activity this summer,” said Theodore Andreadis who took over as director of the Connecticut Agricultural Experiment Station last October after initiating the mosquito trapping and testing program in 1997. “When you have a wet spring followed by hot summer, it has the potential to be bad.”

The first part of that mosquito equation is in place. Since March, precipitation in the state has run between 30 percent and 46 percent higher than normal and average temperatures in March and April were below normal.

Andreadis is hoping that the cold winter took a bite out of a newer mosquito problem the state has faced. The Asian Tiger Mosquito, more typically a resident of warmer climates, migrated here a few a years ago and its population has grown ever since.

It’s an aggressive biter and carries a number of viruses including West Nile, encephalitis, Dengue Fever, and even yellow fever. It also carries chikungunya – a painful virus that has been spreading through the Caribbean and has recently turned up in Florida.

What has Andreadis worried is that for the first time in the winter of 2012-2013, Asian Tiger mosquitoes over-wintered in Connecticut instead of just dying off and migrating back the following season. They were found holed up inside the walls of a small pile of used tires in a wooded area of Stratford. His team is on the lookout again this year, with fingers crossed that the cold killed them off.

“If it survived this winter, then unfortunately it will have taken up permanent residence here,” said Andreadis, who expects to know in another couple of weeks.

Andreadis said there no way to say whether the Asian Tiger mosquito’s appearance is related to climate change. He and other scientists throughout state government whose jobs include monitoring all manner of wild things that grow in the state said this winter was not the unusual one.

“In my mind this winter was more of a normal winter,” said Chris Martin, the director of forestry for Department of Energy and Environmental Protection. “Trees were healthy going in and the trees were healthy coming out of winter. We have had years where March was warm and trees budded out earlier and then we had a freeze. That didn’t happen this year.

“When normal is weird – that in itself is weird,” he said.

One hoped-for consequence of the cold did not materialize. The Emerald Ash Borer, a nasty beetle that crossed into Connecticut nearly two years ago after being held at bay across the New York border for several years, did not succumb to the cold.

Instead, it spread into Woodbury, which Martin said at least was westerly into areas where it already exists, although he held little hope of preventing its spread eastward, even with bans on transporting firewood, thought to be the ash borer’s main mode of movement.

The ash borer is now in more than 15 communities across four counties here.

Slightly better news – the rate of mortality of hemlock trees due to Hemlock woolly adelgid seems to have slowed down – possibly due to the cold. Martin said it might also be an unexpected consequence of the widespread, and often-maligned, utility tree trimming.

“The more eyes we have on these trees,” he said, “that can’t hurt in finding something sooner rather than later.”

Martin and others also pointed out that the cold and snow together produced an insulating effect that protected the ash borer, ticks and likely many other insects as well as allowing small animals like meadow voles to maneuver easily under the snow and continue to damage vegetation unimpeded.

Insects that have plagued farm crops in the last few years — a fruit fly called the spotted wing drosophila that attacks fruit before it ripens, and the brown marmorated stinkbug, which attacks anything it can find, appear unharmed by the winter.

The heavy snow itself injured plants leaving cracks that may make them more vulnerable to these insects and other threats like fungus, a recent problem for boxwoods, a popular shrub in the state. It’s not clear yet whether the wet spring will exacerbate fungus growth.

But Sharon Douglas, head of Department of Plant Pathology and Ecology at the Experiment Station, said there’s another secondary impact from all the snow – the salt used to melt it.

“We used a ton of salt,” she said. “And there was pretty extensive salt spray injury where plows came through and salt was just thrown into the air.”

In its wake — many dried out, if not dead, shrubs and trees.

Most of the counter-intuitive effects of the winter and spring seem to involve animals. 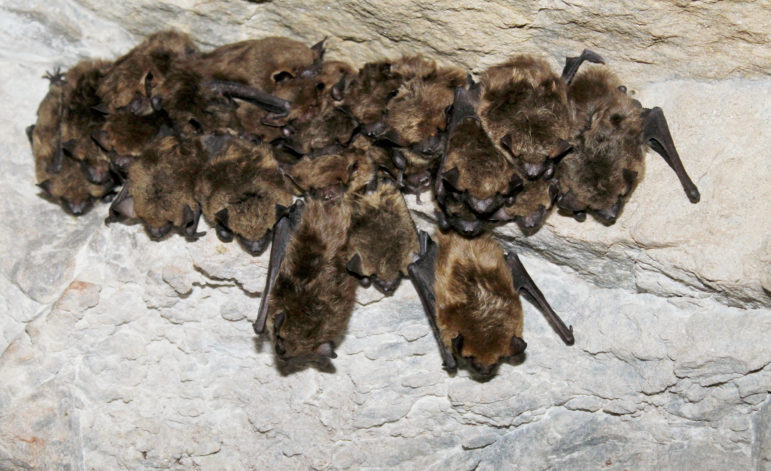 “All our mammalian community has evolved around a winter that existed 50 years ago,” said Rick Jacobson, director of DEEP’s wildlife division. “Not seeing these successive warm winters is more advantageous to them.”

For instance, he said, the cold will hold down the number of parasites like ticks infesting animals like moose. Recent warm winters have resulted in thousands of ticks on animals causing stress and secondary diseases that mean a greater risk of death.

He said the recent warmer winters also resulted in mammals moving around more, which meant they used up more of the weight they put on in the fall. A cold winter like this one would likely get them through the winter with less need for additional food.

But Jenny Dickson, a wildlife biologist in Jacobson’s division, said food was an issue for animals that needed to forage. “We got some calls about critters that might have spent more time focusing on backyard bird feeders,” she said. “We certainly had reports of people observing animals on roadways.” 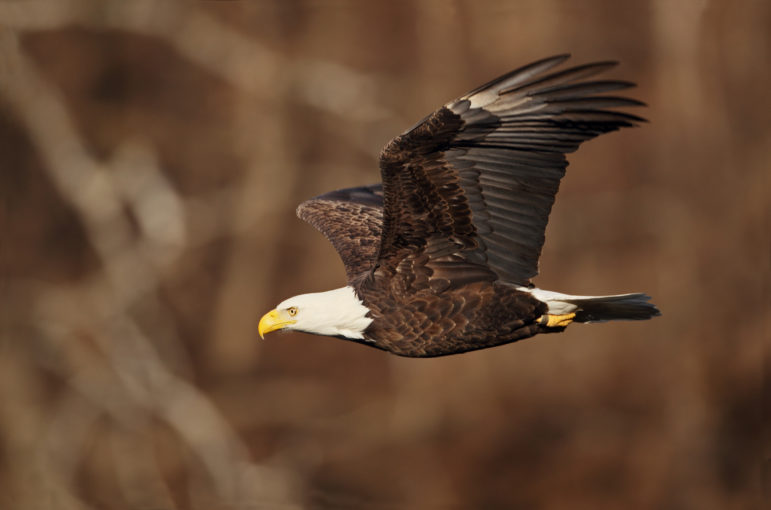 The cold rainy spring could mean washed-out nests for many shorebirds and higher mortality for young turkeys. It may also exacerbate a snake fungal disease that has been causing deformities in many varieties of snakes and the ongoing problems with bats afflicted with the deadly white-nose syndrome, a fungus that thrives in cool, damp climates.

Dickson said that bats, especially the common Big Brown bats, had difficult winters with the intense cold followed by periods of warmth. It woke them from hibernation, forcing them to use stored body fat earlier than they should have.

But the cold and frozen waters farther north sent Snowy Owls and Bald Eagles into Connecticut, south of where they normally spend their winters.

“Eagles are my positive story,” Dickson said. “We saw tremendous numbers in the state both during winter and into breeding season. It’s shaping up to be a banner year for breeding eagles.”