Fact check: What impact did Obamacare have on CT’s uninsured rate? 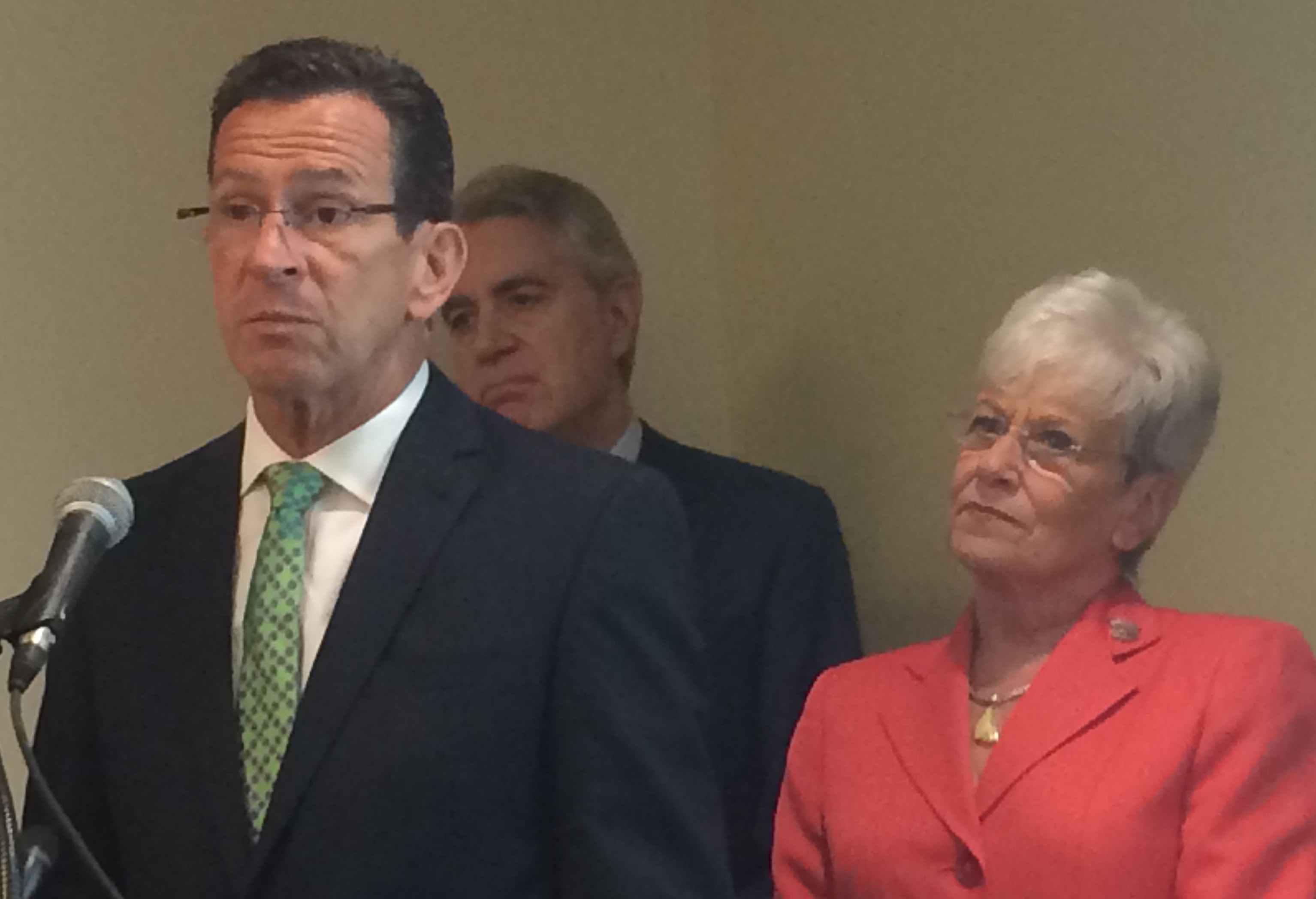 State officials declared this month that the number of Connecticut residents without health insurance had been cut nearly in half — from almost 8 percent of the population to 4 percent — following the implementation of Obamacare.

That 4 percent figure is almost certain to be a talking point in the coming months as Gov. Dannel P. Malloy, one of the officials touting the drop, campaigns for re-election.

But unlike the data officials usually rely on to evaluate the uninsured rate, this figure was based on some unorthodox methods:

A report released in April by the nonpartisan Kaiser Family Foundation warned that data from health insurance exchanges and other coverage sources will provide an incomplete picture of how many people have gained coverage under the health law, since they cover slivers of the overall insurance market and don’t capture the uninsured.

So what do we know about health insurance coverage under Obamacare? Here’s a look at what’s clear and what big questions stand in the way of really knowing the state’s uninsured rate.

The bottom line: While it’s likely that the number of uninsured dropped, and the drop could have been considerable, the data aren’t yet available to say with confidence how much the number fell, or what the uninsured rate really is.

The calculations began with a survey of 2,564 Access Health customers, who were asked if they or anyone in their household had insurance before signing up for coverage through the exchange. Fifty-three percent said they’d been uninsured.

Based on that, the exchange estimated that 138,834 of its 256,666 customers were uninsured before they got coverage through Access Health.

That figure on its own is a significant piece of data that hadn’t previously been available. Many critics of the Affordable Care Act had questioned whether the exchange was enrolling people who were uninsured, or mostly people who had coverage before but had to buy new policies.

But officials went a step further by attempting to calculate the uninsured rate.

But that number assumes no one lost — or gained — insurance outside the exchange’s customer base.

Because of that, Access Health CEO Kevin Counihan thinks the uninsured rate is actually lower than 4 percent. He believes more people bought private insurance outside the exchange, and others got coverage through new jobs that were created. Because federal law now requires most people to have insurance or pay a fine, Counihan also thinks some people now accept coverage from their employers after previously declining it.

Research suggests that some of the long-term uninsured have gained coverage in the past year, and that nationwide, more than half of exchange customers had been uninsured, said Gary Claxton, a vice president of the Kaiser Family Foundation who leads the Health Care Marketplace Project and co-directs the Program for the Study of Health Reform and Private Insurance.

If you think you know a state’s previous uninsured rate and signed people up for coverage, “It’s not crazy to think you’ve covered a reasonable amount of them,” he said.

But Claxton said it’s difficult to really know how many people remain uninsured because the large-scale national surveys that allow for valid state-level estimates have yet to be released, and won’t be until next year.

Counihan acknowledged that the 4 percent figure isn’t as valid as one based on a broader statewide survey. But he said it’s still worth reporting, and said the uninsured rate — not just whether or not more people are insured — is a key indicator.

“It’s the most traditional means to measure success,” he said.

Claim check: What we know & what we don’t

Let’s start with the baseline: In 2012, about 284,000 Connecticut residents — 8.1 percent of the population — didn’t have health insurance at any point during the year, according to Census figures. That figure was an estimate; the actual number could have been between 259,000 and 309,000. (The baseline Access Health used in its calculations, 286,000, comes from the Kaiser Family Foundation.)

So what changed under Obamacare?

We know: The state’s individual insurance market grew by 55 percent.

Last November, 108,287 Connecticut residents got their insurance through the state’s individual market, which covers people who buy health plans on their own.

As of June 30, that number had grown to 167,838, according to figures from the Connecticut Insurance Department. That’s a 55 percent increase.

Several things changed in the individual market as part of Obamacare:

The growth came in spite of the fact that many people who had individual-market insurance last year had to find new coverage because their plans were discontinued, either because they no longer complied with the health law or because their insurer chose to stop offering them.

As of July, Medicaid and the Children’s Health Insurance Program covered 750,156 people — more than one in five Connecticut residents.

That’s 113,433 more people than were covered by the program just before the Obamacare sign up period began last fall, according to figures from the state Department of Social Services. Access Health’s survey indicates that 55 percent of those who signed up for Medicaid were previously uninsured.

The growth occurred primarily among poor adults who don’t have minor children, who became newly eligible for Medicaid as part of the health law. But nearly 40 percent of the overall growth — close to 45,000 people — occurred among parents and children, who are covered by a part of the program that pre-dates Obamacare. (The income limit for that group rose slightly because of the health law, and the outreach efforts associated with Obamacare could have led some people who didn’t know they were already eligible to sign up.)

Overall, the number of people covered by Medicaid grew by 110,658 since Jan. 1, when eligibility for the program expanded, according to the Department of Social Services.

Access Health figures show that more than 200,000 people signed up for Medicaid since last fall.

Why the gap between the number who signed up for Medicaid and the number covered? Some of it is the result of people leaving the program. Nearly 43,500 people were found to be no longer eligible since January, for example.

In addition, for some people who signed up through the exchange, there have been delays getting their information into the DSS eligibility system, which is used to report the number of people covered.

The big unknown: We don’t know what happened to the largest part of the market

While the two segments of the insurance market most affected by Obamacare have grown, there’s no reliable data on whether the number of people covered by employer-sponsored insurance has changed significantly.

That’s a big unknown, because it’s by far the largest segment of the insurance market. Of 3.2 million Connecticut residents with insurance in 2012, about 2.2 million — 64 percent of the overall population — had employer-sponsored insurance, according to Census figures.

And without knowing how coverage by employers has or hasn’t changed, it’s impossible — without a broader survey like the Census — to know how the uninsured rate has changed. It’s possible that gains in Medicaid and individual market coverage were offset by fewer people having employer-sponsored coverage, or that employers now cover more people.

Some national surveys have provided glimpses at the employer-sponsored insurance market under Obamacare, although their conclusions aren’t consistent.

A RAND study estimated that enrollment in employer-sponsored insurance rose by 8.2 million nationally from September 2013 to March 2014, largely by uninsured people who got covered.

By contrast, Gallup’s research on insurance coverage found a slight drop in the percentage of people saying they had insurance through a current or former employer, from 44.4 percent in late 203 to 43.1 percent in April 2014.

(Gallup also recently reported that Connecticut’s overall uninsured rate had fallen from to 7.4 percent, down from 12.3 percent last year. Gallup’s 2013 uninsured rate is considerably higher than what Census figures showed in 2012.)

While private surveys such as those conducted by RAND and Gallup provide information faster than the large national surveys the federal government conducts, they’re less precise, in part because they have relatively small sample sizes for key populations, such as the uninsured, the Kaiser Family Foundation report noted.

One big source of employer-sponsored coverage in Connecticut is the Connecticut Business and Industry Association, which operates an exchange that sells insurance for small businesses. Its membership had grown by nearly 10 percent since the start of the year, said Ken Comeau, senior vice president for CBIA Service Corp. The association doesn’t say how many members it has in its exchange, although a 2012 report produced for Access Health said CBIA’s exchange had more than 75,000 members.

It’s not clear, however, how many of CBIA’s new customers are offering insurance for the first time or simply new to using CBIA’s exchange for their coverage. Comeau said some employers have started to offer insurance, but other small businesses have stopped offering it, allowing their workers to buy coverage through Access Health’s individual exchange.

Access Health also operates an exchange for small businesses, although uptake has been low. As of mid-July, it covered 602 people.