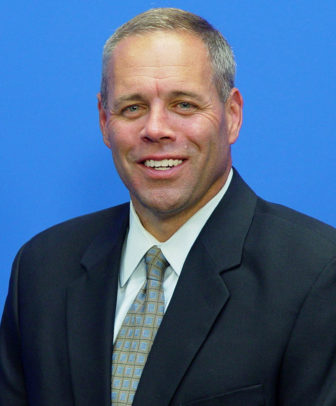 Gov. Dannel P. Malloy has nominated Scott Semple to serve as commissioner of the state Department of Correction, an agency he has overseen on an acting basis since August.

In announcing the nomination, Malloy cited Semple’s work supervising and treating inmates with mental health needs and his experience with the department, which began in 1988 as a correction officer.

“Scott has extensive experience and knowledge of the inner workings of the Connecticut Department of Correction, including a number of years serving as a frontline correction officer, gaining a broad familiarity on best practices in handling offenders and finding ways to reduce recidivism,” Malloy said in a written statement.

“Scott thoroughly understands the agency,” said Kissel, the ranking member of the legislature’s Judiciary Committee. “Scott knows the needs of the men and women who serve on the agency’s front lines, and he has a good working relationship with the state legislature. I am confident he will do an excellent job.”

Malloy has not yet named second-term commissioners of banking, developmental services or insurance. The departments of education and veterans’ affairs are currently being led by interim commissioners.