John Esty, education reformer and father-in-law of congresswoman, dies at 87 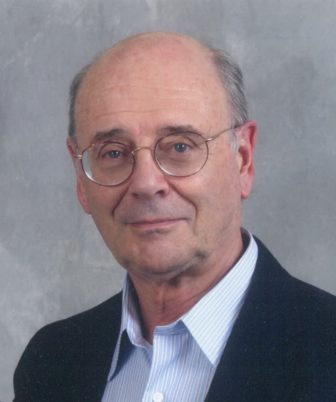 John C. Esty Jr., headmaster at the Taft School in Watertown during a tumultuous and transitional era in education, probably was better known in Connecticut in recent years as the father of Daniel C. Esty and father-in-law of U.S. Rep. Elizabeth Esty, D-5th District.

But Esty, 87, who died last week in Concord, Mass., after a series of strokes, was a reformer who played significant roles in prying open the door to the exclusive club of elite prep schools and colleges in New England by pushing for the admission of women and minorities in the 1960s and 70s.

As only the third headmaster in the history of Taft, he succeeded in transforming the all-male school into a coeducational institution in 1971, while campaigning for the same change as a trustee of his alma mater, Amherst College.

“He had a certain style of understanding the need for change in the world, but that it could be done most effectively from the inside and by being seen as non-threatening to the traditional perspective of the people who ran those old institutions,” said his son Daniel the former commissioner of energy and environmental protection in Connecticut.

Three of his four sons became Ivy League professors: Daniel at Yale, Benjamin at Harvard Business School, and Jed at the University of Pennsylvania. He also is survived by his wife, Katharine, and another son, Paul, a business manager.

While his son Daniel would become a top appointee of Gov. Dannel P. Malloy, John Esty played an indirect role in the career of another governor, Deval Patrick, the first black chief executive of Massachusetts.

Patrick, who grew up poor in a single-parent household on the South Side of Chicago, credits a nonprofit called A Better Chance for arranging for him to attend Milton Academy in Milton, Mass., a stepping stone on a path that would take him to Harvard College and Harvard Law School.

It was John Esty who helped found and served as the board chair of A Better Chance. He later became president of the National Association of Independent Schools.

Esty, described by his son as “personally conservative, an old WASP-y guy,”  was a product of the world he insisted must change: He was a graduate of Deerfield Academy, Amherst and Yale, and the scion of a family whose New England roots reached to the 1600s. (A relative, Mary Towne Esty, was hanged as a witch in Salem in 1692.)

“He was a very calm and reassuring kind of person,” Daniel Esty said. But, he added, his father confronted a centuries-old tradition that was a drag on society and the institutions themselves.

“These old New England prep schools were all-male for so long, these elite private colleges. It now seems shocking. My father played a role in coming to grips with that,” Daniel Esty said. “It is, in some ways, forgotten today.”

Esty’s life will be celebrated in a memorial service at the First Parish Church in Concord, Mass., on Nov. 14 at 2 p.m. The family requests that donations be directed to the College Advisory Fund at Fenway High School in Boston, where he volunteered.