State officials are weighing whether to pull back on an unprecedented spike in probate court fees that some critics say effectively amounts to a surcharge on Connecticut’s estate tax. 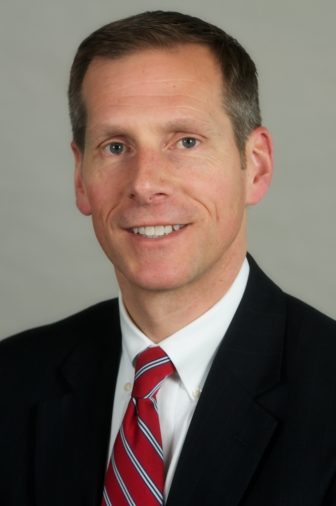 “People keep calling them fees, but they are really a tax,” said Sen. L. Scott Frantz, R-Greenwich, ranking member on the finance panel. “And this may be the final straw to people of high net worth.”

At issue are a series of fee hikes the legislature enacted in late June as it made final adjustments to the state budget for this fiscal year and next.

The legislature’s nonpartisan Office of Fiscal Analysis estimates these increases could boost fee receipts by $5 million this year. And by 2016-17, the probate courts could be taking in $11 million extra. That last figure represents a 35 percent increase over the $31.5 million in total fees the probate courts collected in 2014-15.

The chief reason behind that increase involves the removal of a cap on fees associated with estates valued at more than $2 million.

Connecticut had charged a flat fee of $12,500 for settling those estates.

It now imposes a charge of $5,615 plus an amount equal to 0.5 percent of any estate value in excess of $2 million. The more valuable the estate, the higher the fee.

The State Tax Panel, a group of policy experts from various backgrounds that has spent the past two years analyzing state and municipal taxes, urged legislators in a report issued this week to revisit the fees.

Lawmakers should revise the fee system “so that is reflects an appropriate level as a direct user fee for estate settlement rather than a vehicle for paying for essential judicial services.”

Judge Paul Knierim, the state’s probate court adminstrator, made a similar recommendation in a brief his office filed with the tax panel.

The fees should reflect the cost of estate settlement, and not be a means to supplant other state resources normally assigned to the probate court system, the brief states.

“As a result, Connecticut’s probate fees are now the highest in the nation,” it adds. “The new budget also puts the state in the unusual position of having a court that must operate exclusively on fee revenue.”

Gian-Carl Casa, spokesman for the governor’s budget office, said this week that the Malloy administration also would like lawmakers to take a second look at this issue.

“We agree that the probate court fee increase passed last year is too high and needs to be reviewed,” he said. “We’re doing that now, and in doing so are looking at options to replace it.”

But the General Assembly was limited in its financial options last June, and — if nonpartisan analysts are correct — face more fiscal hurdles in the future.

The two-year budget enacted last June left many social service programs with less-than-enough funding to maintain current services while still raising taxes by about $1.3 billion over the biennium.

The Office of Fiscal Analysis projected back in November built-in deficits of $552 million for the upcoming fiscal year, and $1.72 billion in 2017-18.

And even though spending cuts ordered in a special legislative session in December shave about $200 million off each of those deficit forecasts, the remaining red ink projected for the next two fiscal years combined still exceeds $1.8 billion.

The co-chairmen of the Finance, Revenue and Bonding Committee, Sen. John Fonfara, D- Hartford, and Rep. Jeffrey Berger, D-Waterbury, could not be reached for comment.

Frantz added that regardless of the fiscal challenges facing state finances, the fee schedule should be addressed in the upcoming legislative session, which begins on Feb. 3.

Because much of the fee receipts reflect a percentage of the value of settled estate — an amount which traditionally fluctuates greatly from year-to-year — Connecticut cannot rely on this to support its probate court system.

“The biggest enemies of the state’s fiscal health is volatility and a reduction in the tax base,” he said. “We’re already basically slapping taxpayers in the face with these fees, but it’s not a sound way to fund the court system going forward.”