On paper, this year’s state budget has $280,102 to provide legal immigrants living in poverty with food stamps shortly after they move to Connecticut. It’s a 40 percent cut from last year.

But what does that mean for a program that in any given month provides food subsidies to nearly 300 households?

While the budget adopted by legislators often doesn’t explain how various cuts will be achieved, the Department of Social Services has now formulated a detailed plan for saving the tens of millions of dollars legislators and Gov. Dannel P. Malloy cut from its budget.

Soon every state agency will submit a plan to the Office of Policy and Management (OPM) for saving its share of the $847 million cut from this fiscal year’s budget. So far, the State Department of Education and the Department of Mental Health and Addiction Services are the only other available reports, despite last Friday’s deadline for turning them in. OPM has the authority to alter the plans.

At DSS, the state funding cuts to the food stamp program mean that, beginning Aug. 1, immigrants who move to the U.S. legally will need to be in the country for five years before they qualify for help. Children will still qualify for the aid – formally known as the Supplemental Nutrition Assistance Program – and those already receiving it will not be kicked off the program. 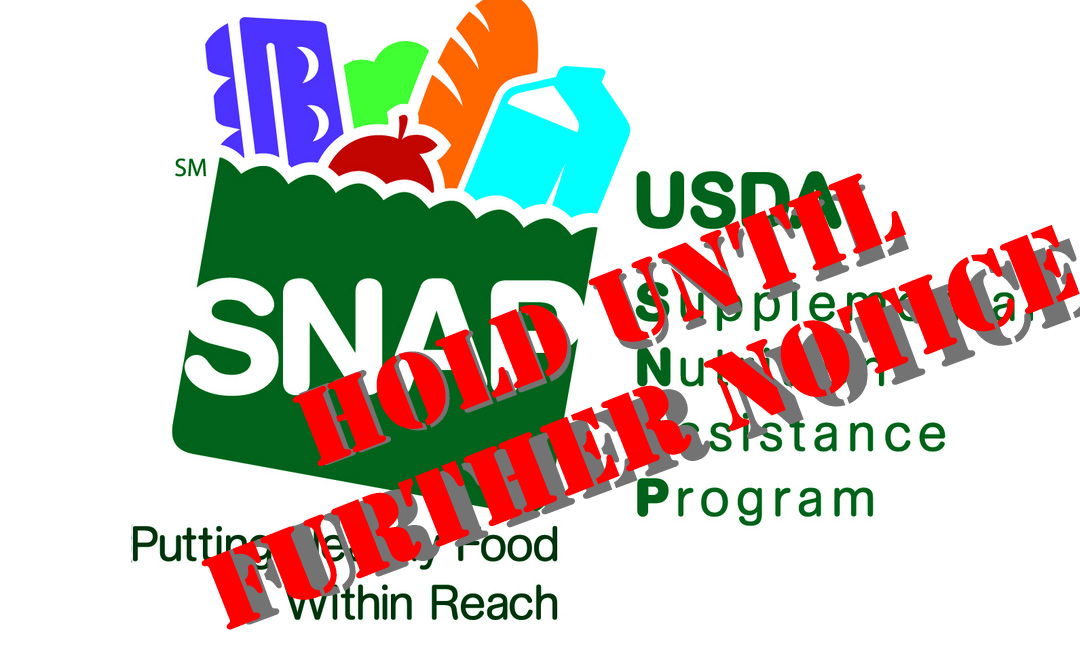 “It’s really a shame that they are closing it down to new people,” said Lucy Nolan, the executive director of End Hunger Connecticut, an advocacy group based in Hartford. “It’s an important benefit.”

David Dearborn, a spokesman for the agency, said the program is expected to serve 55 fewer adults. “It should be noted that Connecticut is one of the few states that provides a state-funded benefit to cover legal immigrants during that five-year window before they’re eligible for” federally-funded food stamps, he said.

Staffing costs were among the biggest cuts in the budget at $325 million. At DSS, personnel costs were cut $19 million – a 14 percent reduction.

The agency plans to save $3.5 million by eliminating 78 positions through layoffs, which already occurred in April.

The remainder of the personnel savings will come from “suspend[ing] virtually all overtime” to bring this expense down to $1.6 million, a 71 percent reduction from last year’s spending.

Another $7.6 million will be realized by not filling 94 jobs left open by people who have quit or retired. As more people leave throughout the year, the department will realize additional savings by not filling all of them.

“The department reviewed all areas of its operations to determine where staffing adjustments could be made with the minimal impact on services to clients,” reads the plan.

But long waits remain, said Sheldon Toubman, an attorney with the New Haven Legal Assistance Association who represented the plaintiffs in that case.

“We’ve already got problems as it is,” Toubman said during an interview. “It’s backed up  – sometimes weeks, sometimes days. It’s backed up. This won’t help.”

DSS also plans cuts of 14 percent for a variety of functions connected to processing Medicaid applications and claims.

Nearly half of the people who seek insurance through Access Health are quickly determined to be eligible for a Medicaid health care plan. However, that information needs to be manually input into DSS’s decades-old computer system.

Xerox has a contract with the state to do that work, but the plan is to cut that contract by $2.4 million this fiscal year. DSS plans to end the contract next year when it launches a new computer system to automate the process.

Funding for Hewlett Packard Enterprise, the primary source for processing medical claims and responding to questions from providers, is being cut by $2.4 million.

Pedro Lopez inquires about the wait time at the Access Health CT store in New Britain.

Asked if residents will have to wait longer for service, Dearborn pointed to the small cushion the agency has in its budget for overtime work, “if the need arises.”

“In contracting this plan, we have sought to meet the savings objectives with the minimum level of impact on services to our clients,” DSS Commissioner Roderick Bremby wrote the governor’s budget chief Friday. “We will carefully monitor our progress against both our savings and service objectives throughout the fiscal year.”

Some other cuts in the DSS plan disclosed this week include:

Despite the cuts, DSS warned that it will be “particularly challenged” to hold Medicaid, the state budget’s single largest line item cost, to what has been budgeted.

Dearborn, the DSS spokesman, said since Medicaid is an entitlement, meaning everyone who is eligible and applies will receive services, total Medicaid costs are hard to predict.

“This is essentially acknowledgement that Medicaid… may need adjustments further into the fiscal year, depending on program participation and cost trends,” he said.

While Connecticut has been able to keep per-enrollee costs stable, the Medicaid line item in the budget was cut nearly $100 million. This cut was driven primarily by changing dental coverages for children and by making income eligibility levels more stringent for parents and caregivers applying for the Husky A Medicaid plan. The change made about 14,000 people no longer eligible for Husky A.

The largest cuts to primary and secondary education will be to the grants that local school boards receive to help pay for general and special education and transporting children to school.

Details on how those $57 million in cuts would be divvied up were released when the budget was passed. (See how your city or town fared here.) Since these grants are largely block grants, it is up to local school boards to decide how to cope with the cuts.

Released Tuesday were limited details on how the State Department of Education proposes cutting $18.5 million from regional magnet schools located primarily in the Bridgeport, Hartford and New Haven regions. 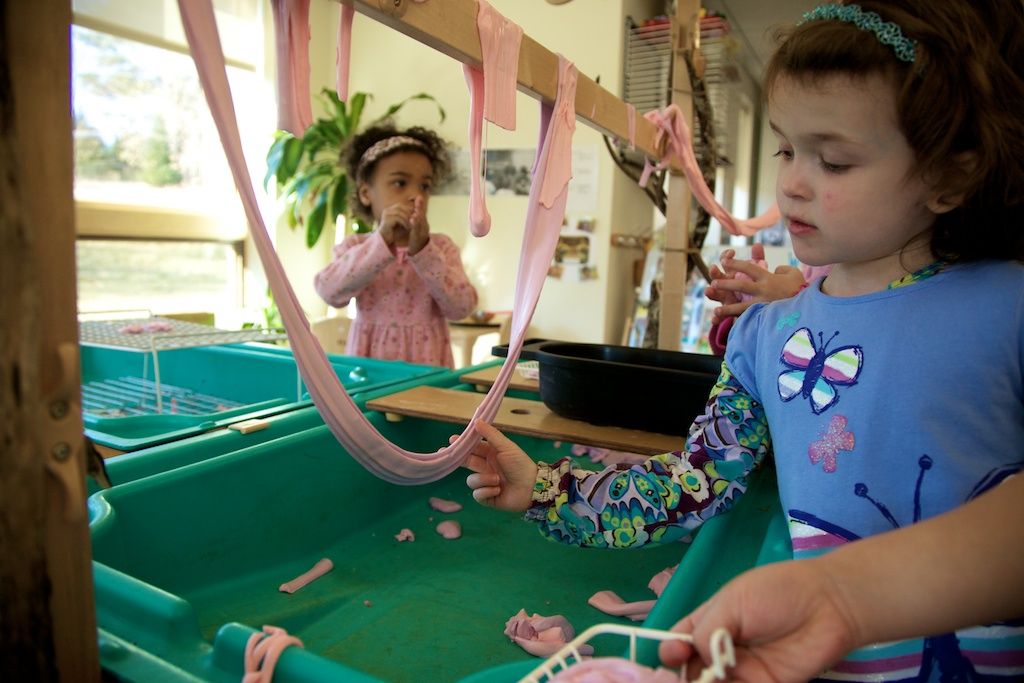 The department wants to cut funding for each magnet school by 6.5 percent beginning next school year. It was not immediately clear what impact the cuts would have on the Hartford region magnet schools opened in response to a Connecticut Supreme Court ordering the state to desegregate Hartford city schools.

These regional schools were opened in an effort to provide students with an integrated education by enrolling both students from the suburbs and minority city students.

The department is also asking the Malloy administration to rethink some of the $10.8 million in cuts it allocated to the 17 state-run Vocational Technical High schools. To cope with the 6.3 percent reduction, the school system has already announced it won’t fill 53 full-time positions and has ended or stopped accepting new enrollment in most adult education and after-school programs.

Last Friday, the education department asked to shift $2.2 million back to the technical high schools by cutting funding for public charter schools.

State funding for charter schools was slated to increase $4.1 million to accommodate an influx of students at various schools across the state.

However, since the fiscal year began, the governor’s budget office scaled back that increase when the administration assigned line-item reductions to various state accounts to achieve the $130 million in unassigned savings the adopted budget called for.

If the administration signs off on the $2.2 million transfer from charter schools to the vo-techs, it would then need to be approved by the Finance Advisory Committee, a panel of top state officials responsible for giving final approval to inter-agency budget transfers. The state department declined to provide information on how charter schools would be impacted by this cut or whether the technical schools would still need to make further budget cuts.

The plan for the Department of Mental Health and Addiction Services also includes millions in cuts, which will be finalized over the next several weeks.

The largest cut to the agency’s budget was also in personnel. The plan does not outline whether 87 positions that already have been eliminated through layoffs will be enough to achieve the $22 million in savings the state budget calls for.

The plan says, however, that it will meet its budget by limiting overtime at Connecticut Valley Hospital and by not filling positions as they become vacant at Southwest Connecticut Mental Health System.

“No service closures will be necessary at this time” as a result of the cut, the two-page plan reads.