CT to be a test case for education rights under U.S. Constitution 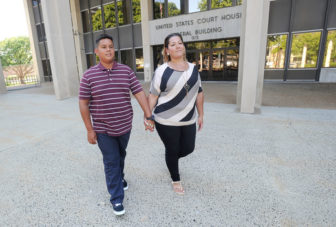 A group of high-profile attorneys have put Connecticut at the center of a decades-old debate over whether the federal government is responsible for ensuring that children in the U.S. are provided a quality education.

In a lawsuit filed in U.S. District Court Tuesday, attorneys for seven minority students from Hartford and Bridgeport asked the court to recognize education as a new right in the U.S. Constitution. The suit attacks Connecticut for its “failing public schools” and long waiting lists for access to charter and magnet schools.

Forty-three years have passed since the U.S. Supreme Court narrowly ruled in the landmark San Antonio v. Rodriguez school-funding case that education was not a constitutional right and that the disparate spending on education for students from low-income neighborhoods was not a violation of the equal protection clause of the U.S. Constitution.

“The time has come for the federal courts to recognize a federal constitutional right to some minimal, adequate level of education. We felt Connecticut was a very good place to bring it,” said Theodore J. Boutrous, one of the attorneys representing the seven student plaintiffs from low-income families.

Is school choice really a choice, or a chance?

Boutrous told reporters during a Wednesday conference call that the Rodriguez decision “left open the possibility that a claim like ours could succeed” since that case focused on school funding disparities while this lawsuit focuses on the limited options students have to leave failing schools.

Backing the lawsuit is Students Matter, a nonprofit advocacy group that brought national attention to teacher tenure laws with an unsuccessful lawsuit in California state courts. Among its high-profile legal staff is Theodore B. Olson, a former U.S. solicitor general and legal advisor to two previous U.S. presidents.

Experts observing this case say a lot is at stake.

“This case is upping the ante by making the case that education is a fundamental right in the U.S. Constitution,” Preston Green III, a professor of urban education and law at the University of Connecticut’s Neag School of Education, said during an interview. “They are going to have a very difficult time establishing a new fundamental right. Courts are very skeptical… The U.S. Constitution does not mention education.”

And it doesn’t seem as if the Congress will help out any time soon, since it has declined to pass legislation proposing a constitutional amendment to make education a constitutional right. The amendment has been regularly proposed by dozens of of Democratic U.S. representatives.

Bridgeport resident Jessica Martinez, whose son Jose is the lead plaintiff in the suit, is fed up with losing the school-choice lottery and being unable to get her 13-year-old son into a high-performing magnet or charter school. He attends a struggling neighborhood school where 43 percent of the students are reading and writing at grade level.

“Quality schools exist in our neighborhoods, too, but their doors are open only to just a few lucky few,” she said during the conference call. “Enough is enough…We are not buying the excuses any more, whatever they are, for why the students get the golden ticket to success and others get the wait list.”

The lawsuit calls into question several Connecticut laws that explicitly restrict or restrain growth of charter and magnet schools. For example, after spending billions building and operating magnet schools across the state in the wake of a state Supreme Court decision ordering Connecticut to desegregate Hartford schools, state lawmakers in 2009 passed a moratorium on spending state money for new magnet schools until the state education commissioner crafts a comprehensive plan for school choice in the state.

That plan has yet to be released, though a spokesman for the department said Wednesday they are aiming to have it ready by Oct. 1.

Also, attorneys representing the state have been adamant recently that it won’t fund any new magnet schools in Hartford, and Democratic Gov. Dannel P. Malloy has said he doesn’t believe the state has an obligation to open more magnet schools.

Instead, his administration is focusing its energy on improving existing schools.

“With record-high graduation rates, rising test scores in reading and math, more great school options for families than ever before, and greater resources going to public schools that need help the most, Connecticut is delivering more than ever on the promise of a public education for our students. It’s a record to be proud of — and a record that we continue to build on each and every day,” said Abbe Smith, a spokeswoman for the Connecticut State Department of Education.

Asked last week during a visit to a complex of magnet schools in Hartford whether the state’s moratorium should be repealed, the U.S. education secretary said that’s for local and state officials to figure out.

“That’s really a local decision,” Secretary John King Jr. told reporters during an event, calling the state’s approach to desegregating schools a national model. “The question about how Connecticut should approach its next steps is really a local question.”

Regardless, school choice options for Connecticut students – magnets, charters and other schools of choice – have increased steadily, reports the legislature’s non-partisan fiscal office. Ten years ago, nearly 34,000 students were attending non-traditional public schools they had to apply to – one in 17 public school students. Last school year, just over 63,000 students attended schools of choice, or one in eight students.

In Hartford, 59 percent of the 6,158 city students who entered the school-choice lottery for the past school year were offered enrollment in a school other than their neighborhood school. Some 2,559 Hartford residents were put on a wait list – about 12 percent of city students. 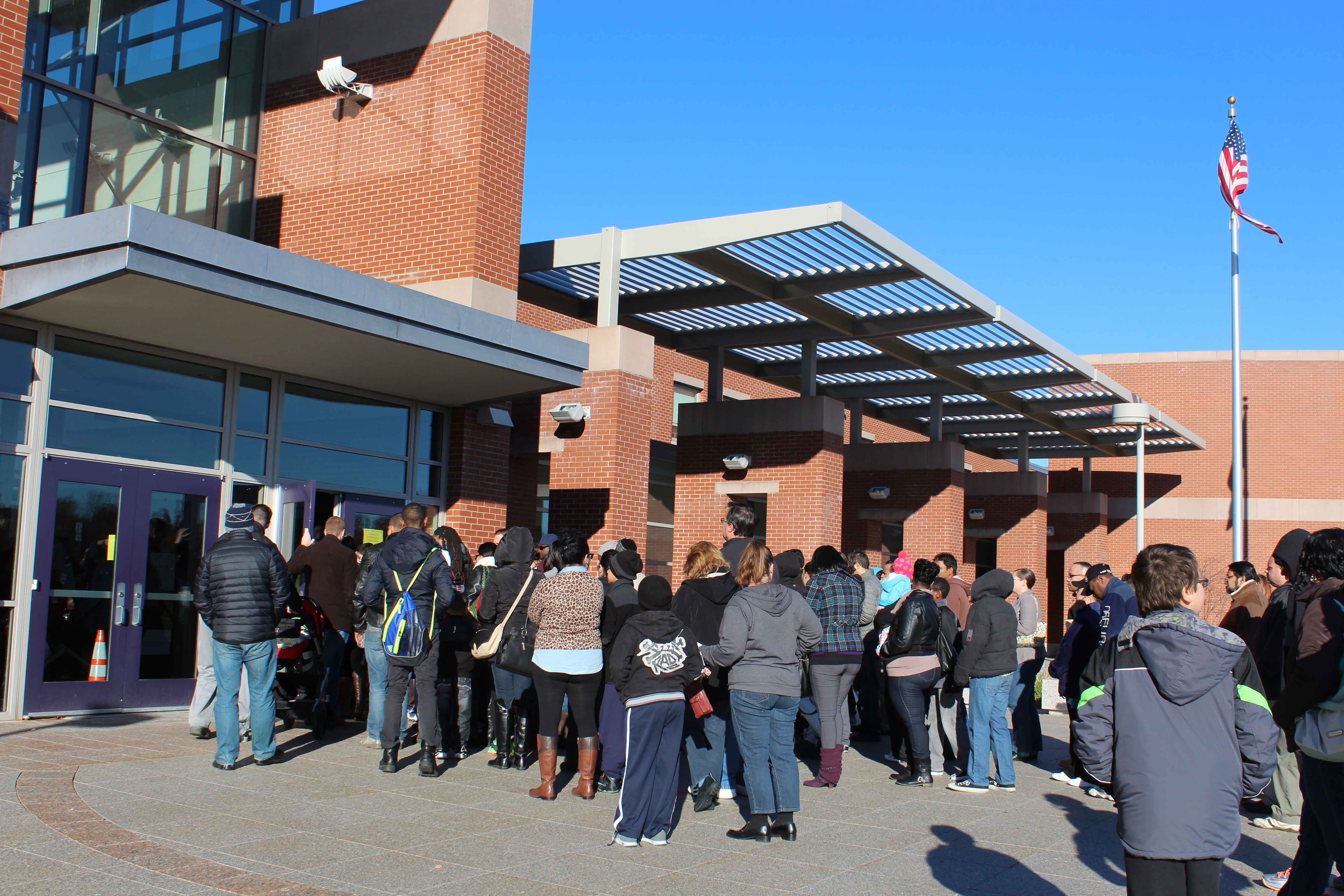 Among the 12,919 suburban residents who entered the lottery for the Hartford region, 35 percent were offered a seat in one of the schools they selected. Thousands were put on the wait list. It wasn’t immediately clear how many students are on wait lists in Bridgeport.

While the federal plaintiffs point to the wait lists and student test scores as proof that students are trapped in poor schools, Green, the professor from UConn, was skeptical.

“There is no proof that the lack of choices is keeping students from obtaining equal education opportunities under the U.S. Constitution,” he said. “You have to show causation. It will be very difficult for them to demonstrate that.”

A case can also be made that a constitutional right for parents to shop around for a school would come at the expense of existing schools, since the state has a limited ability to fund and oversee additional school options if they are mandated, Green said.

The state chapter of the American Federation of Teachers, which represents thousands of teachers, was quick to reject the lawsuit, calling unfettered growth of school choice an unproven panacea.

“It does nothing that addresses the actual needs of Connecticut’s students,” said Jan Hochadel, president of AFT-Connecticut.

A report released by the state last year about whether charter schools provide a superior education provided little clarity on the question.

Meanwhile, a trial just wrapped up in state court in Hartford in a lawsuit accusing the state of underfunding low-performing neighborhood schools and asking the court to set a standard for educational quality required under the state constitution.

“Our lawsuit contends that the current K-12 public education finance system fails to meet state constitutional standards,” said Jim Finley, the principal consultant for the coalition of parents, mayors, school boards and teachers’ unions suing the state. “The system is unconstitutional because it does not provide an opportunity for all our students, particularly our poor and minority students, to graduate high school ready to join the workforce, ready to seek higher education, and ready to be an active participant in civic life.”