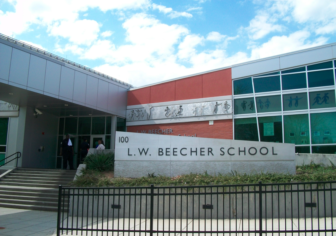 When state legislators placed a moratorium on building new magnet schools outside the capital region five years ago, they wanted to know if these schools were worth the large investment before boosting enrollment further.

So the legislature ordered the state education commissioner to assess magnet school performance and submit a plan for their future. That plan is now four years late, magnet schools approved before the moratorium will likely be full by the start of the next school year, research is incomplete on their impact and many legislators are reluctant to open new schools.

Most of that growth has come in the capital region, where resistance from legislators to opening new magnet schools has had minimal impact.

That’s because the Connecticut Supreme Court ordered the state in 1996 to integrate Hartford schools, and the state’s main tool for drawing suburban white students into schools with city students has been to open magnets with specialized learning themes. How to comply with the integration order is negotiated by State Department of Education officials and lawyers representing the parents that successfully sued the state in the landmark Sheff vs. O’Neill case.

“The legislature does not have a seat at that table,” said Fleischmann, D-West Hartford. He believes the better approach to desegregating city schools is to offer suburban districts more money to enroll city students.

The moratorium can have an impact, however, outside of the Hartford region. With the 44 magnets in Bridgeport, Hamden, Meriden, New Haven, New London, Norwalk, Norwich, Stamford, Waterbury and Windham slated to be nearly full by the start of next school year, legislators will soon have to decide whether to allow more.

This debate comes as Connecticut’s public school enrollment has dropped by 23,000 students between 2004 and 2011, and is estimated to decrease by another 7,000 students over the next 10 years — an overall decline of 5 percent, the U.S. Department of Education reports.

Are students better off in magnets?

The state has spent more than $2 billion building magnet schools and is expected to spend $300 million this year to run them.

“That’s an enormous amount of money, and there have been very little indicators it’s working to improve student achievement,” said Casey Cobb, a professor of educational leadership at the University of Connecticut’s Neag School of Education. “They haven’t invested one iota on research, which is stunning since the’ve invested so much on programming.”

“It’s crazy to spend millions without evaluating the effectiveness,” he said during an interview. 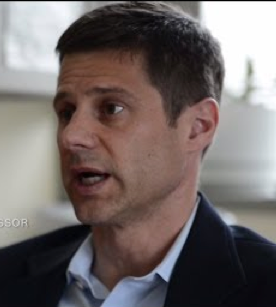 UConn researcher Casey Cobb, “They haven’t invested one iota on research, which is stunning.”

The only research on growth in the performance of the state’s magnet school students was completed by Cobb back in 2009.

However, it can be difficult to draw conclusions from that report. Because of limitations in the data the education department collects, Cobb only compared test scores over two years for city students who attended two regional magnet schools and for city students who entered the School Choice lottery for the same two schools but didn’t get in.

He drew a similar conclusion for reading achievement for middle school students. Cobb said he has been waiting for nearly a year for data from the state to do a follow-up study.

“It’s very difficult to gather data. We are not the first priority, as researchers,” said Cobb during an interview.

In addition, Enid Rey, executive director of school choice for Hartford Public Schools, said, “Not all magnet schools are created equal,” and there can be educational disparities among various magnet schools.

The need for quality research is an issue education department officials are well aware of. They announced last month that they were working to complete research that will evaluate performance in Connecticut school-choice programs for the first time. It’s unclear when that report will be made public.

State data does show that Hartford students who attend an integrated magnet school do significantly better on state standardized tests than those who attend neighborhood schools run by the Hartford school system. However, that data does not measure students’ performance growth from one year to the next. It also does not assess whether magnet school students were academically ahead to begin with.

With one out of every 14 public school students attending a regional magnet school this year, the state agency that oversees school construction is recommending that state legislators provide $127 million needed to open magnet schools in three new locations. Those schools would enroll 1,629 students.

Two of those schools would help the state integrate Hartford schools, so legislators will probably have little say, but the other school would be in Stamford. That $77 million construction project has the support of Democratic Gov. Dannel P. Malloy, who visited the proposed site in October.

This “makes a lot of sense,” Malloy told the Connecticut Post during his visit of the need for the magnet school to address overcrowding.

The education department and the State Board of Education support opening more magnet schools outside the Hartford region. Several districts have come forward with proposals, and the department is seeking an additional $10 million in operating money for new schools.

Asked when the department would issue it’s long-overdue plan for magnet schools, a spokeswoman said it was delayed for several reasons.

“Many large-scale reforms were conceived and initiated in 2012 as part of the landmark education reform legislation. The most prudent course of action at that time was to allow for these initiatives to take effect and then reassess the landscape,” said Kelly Donnelly, the education department spokeswoman.

“Given that the major programs are now well under way, the department is examining this issue to develop a viable, comprehensive, statewide inter-district magnet school plan that will serve the best interests of our students and communities,” Donnelly said.

Fleischmann, the House leader of the legislature’s Education Committee, is concerned about how much magnet schools cost the state.

“Those are dollars that go into magnets that continue to not go into neighborhood schools. I continue to be skeptical of building new magnet schools,” he said, pointing out that with the state facing a $1.3 billion deficit in the upcoming fiscal year funds are limited.

State legislators have attempted to limit magnet school costs by putting off planned enrollment increases for one year and seeking to bring in $2.6 million by charging preschool tuition for families that can afford it. However, no magnet schools ended up charging tuition.

“It seems logical to me — given the state’s serious budget challenges — for us to continue the moratorium until we can make more progress” on education aid for neighborhood schools, Fleischmann said.

The state’s principal grant for local schools, which enroll the vast majority of the state’s students, has increased by $476 million to $2.04 billion over the last 10 years. Meanwhile, state spending for magnet schools has jumped by $233 million — to nearly $300 million this year — for 39,000 students, about 7.2 percent of all public school students.

“That’s huge. What if we had invested that in neighborhood schools,” said Rey with Hartford Public Schools. “Are students better off? I don’t think we have a definitive report or document that says ‘yes’.”