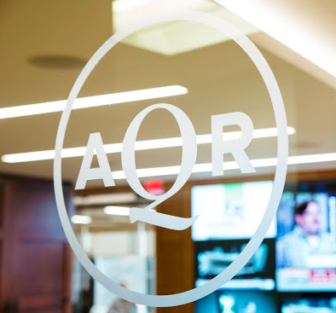 AQR Capital Management of Greenwich not only oversees one of the world’s largest hedge funds, but it is known as an industry leader in using computers and algorithmic models to plot trades. The administration of Gov. Dannel P. Malloy sees AQR as a good investment for the state, even if it acknowledges state aid for a hedge fund manager never will be good politics.

Catherine Smith, the economic development commissioner, said the numbers work on a $35 million package package of economic incentives the State Bond Commission approved Tuesday for the growing investment management company, a source of high-paying jobs in Fairfield County and income tax revenue for Connecticut. Its investments are diverse, with more than half the money it manages outside hedge funds, a spokesman says.

“I’m sure this will be controversial, but I stand by it,” Smith said. “It’s a great investment for the state.”

The Connecticut AFL-CIO quickly denounced the economic incentives. Comptroller Kevin P. Lembo, a commission member and potential contender for Malloy’s job in 2018, voted against the measure — as he did on a similar package six months ago for an even bigger hedge manager, Bridgewater Associates.

“The governor is still confused about last week’s election results. He doesn’t understand that giving another wealthy hedge fund tens of millions of taxpayer dollars does nothing to improve lives of working and middle class residents,” said Lori Pelletier, the president of the AFL-CIO.

Malloy defended a deal that was announced a week ago and finalized Tuesday by the State Bond Commission, which authorized borrowing for the incentives.

“We are not giving money to anyone. We are investing in a company that has 529 jobs in the state and is willing to grow a substantial number of jobs in the state,” Malloy said. The company actually has 540 jobs, according to the Department of Economic and Community Development, and could earn the incentives by adding to 600 jobs over 10 years.

Malloy said the deal deepens AQR’s ties to Connecticut at a time when it is looking to expand  — and vulnerable to out-of-state inducements. With a headquarters on the New York border, the company was seen as a prime target for the cross-border poaching practiced by New York and Connecticut economic development officials for decades. 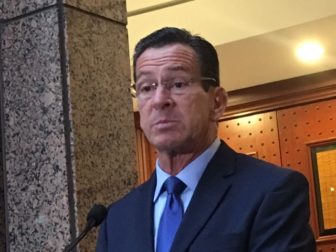 The governor, who watched companies jump the state line as the mayor of Stamford, long ago decided he would rather get criticism for the price paid to keep tax-producing jobs than the grief over losing employers he sees as foundational to the Connecticut economy.

“If the company was to pick up and move, would that be a good thing?” Malloy told reporters. “Or if any company picks up and moves, doesn’t that get wide coverage? What we’re talking about here is making an investment that guarantees a company stays in our state and that we recoup the investment that we’re making with it.”

Smith said the AQR deal makes sense, given the competition between the states.

“If we allow companies such as Bridgewater and AQR to say, ‘Oh well, New Jersey or New York is better,’ pretty soon the base of our employment in Southwestern Connecticut doesn’t look very good. It’s important. They are anchor tenants, much like UTC and Sikorsky and Electric Boat,” Smith said. “These are very important businesses in that end of the state and are worthy of protecting and keeping here. Oh, by the way, they are going to pay us back in spades building those jobs here as opposed to someplace else.”

Fred Carstensen, a University of Connecticut economist, said the state’s economic deals with Sikorsky Aircraft and United Technologies, the parent of Pratt & Whitney, anchors the aerospace industry here for a generation. With Pratt’s presence in the state assured, at least three out-of-state aerospace companies have opened offices here, he said.

“Hedge funds are much more challenging,” he said. “It’s the people and their computer terminals.”

Carstensen had not reviewed the specifics of the AQR deal, but he said they are not hard to structure in a way that produces a return for the state or are revenue neutral.

“What concerns me is our tendency to see these bilateral agreements without a broader systemic initiative,” he said. “There are lots of hedge funds. How do we make Connecticut a more attractive, better place to be for all hedge funds? What are the things they need to have in place?”

The aid to AQR is through Malloy’s First Five Plus program, which targets companies able to commit to adding at least 200 jobs.

AQR was awarded a 10-year $28 million loan at 2 percent interest and up to $7 million in grants to support its expansion. The loan is forgivable if it hits employment goals.

The state funds will be paid in phases:

If the company created more than 406 jobs, a $7 million grant would be paid in three phases:

In August, Malloy gave an upbeat assessment of what Connecticut was getting for the $256.6 million in direct state assistance he’s given to some of the world’s biggest and richest corporations, investments often made out of concern another governor was waiting with a competing offer.

He said then there was no question that companies benefit from the practice of states competing for jobs.

“So, yes, I bay at the moon on that one,” Malloy said. “But on the other hand, in the absence of everyone else putting their tools down, we have to keep ours in use.”