Healthcare advocate nominee: The costs are too high 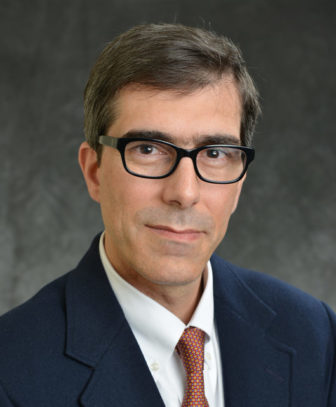 In his job interview with legislators, Ted Doolittle, the nominee to be the state’s healthcare advocate, described the nation’s health care system as the most complex in the world, in dire need of improvement and burdening individuals with costs that are too high.

“Consumers can be lost in that morass,” Doolittle told members of the General Assembly’s Executive and Legislative Nominations Committee Thursday. “Consumers can be called on to deal with and negotiate with complex issues of health care access and coverage at the very moment when, because of sickness and infirmity, they are least able to advocate for themselves or their families.”

Doolittle said his top priority in the Office of the Healthcare Advocate would be assisting individual state residents facing problems with their care or coverage. But he said the agency also will play a significant role on policy issues, advocating for specific policies and making recommendations to state and federal policymakers. He noted that the inauguration of Donald J. Trump as president will usher in a period of dramatic change for health care policy and the industry, and said the Office of the Healthcare Advocate would work to quickly analyze any proposed changes to the federal health law and advise lawmakers about them.

Doolittle, who grew up in West Cornwall and now lives in West Hartford, has a wide range of experience in government and the private sector. He served as a federal prosecutor and an assistant attorney general in Connecticut, and has worked for law firms and UnitedHealthcare. He currently works at the state Department of Consumer Protection, where he leads enforcement in the division that investigates and handles consumer complaints about state-licensed occupations and professions.

Rep. Terrie Wood, R-Darien, told Doolittle that she heard from six constituents in recent months whose health insurance premiums rose from $800 per month to $1,600 per month for high-deductible plans, and asked why that happened.

“It’s the cost of the services,” Doolittle said. “The insurance companies, big as they are, prosperous as they are, most of the money they collect, they pay for medical services.”

He noted that health care costs in the United States are significantly higher than in other developed countries, even though the level of quality overall is not better. And, he added, the ones who bear that cost are consumers and taxpayers. “The cost of the health care is too high,” he said.

Wood then asked why her constituents’ premiums had doubled in such a short period. Doolittle said he couldn’t speak to the specific cases, but said that there had been price adjustments as insurance companies determined the impact of Obamacare on the market and raised prices to accommodate the costs.

And how would you recommend bringing costs down? Rep. Dave Yaccarino, R-North Haven, asked.

He made a few suggestions, including expanding the scope of service that certain health care providers can offer to allow, for example, licensed clinical social workers to provide more services. He also said there’s a need to increase the number of doctors in the country while reducing the amount of student loan debt they carry. Doolittle also noted that there has been discussion of changing the way Medicaid coverage is funded, shifting from paying for each health care service to providing a fixed dollar amount for each client.

The healthcare advocate is appointed to a four-year term by the governor, who must select from a list generated by the office’s advisory committee. Victoria Veltri, the previous healthcare advocate, left the job to serve as chief health policy advisor to Lt. Gov. Nancy Wyman.