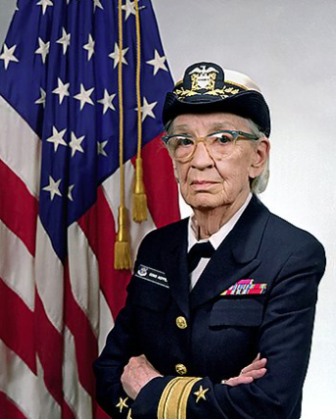 Following protests over its namesake’s role in promoting slavery in the 19th century South, Yale’s residential Calhoun College has been renamed Hopper College, after a pioneering female mathematician.

The Yale Corporation voted to make the change Saturday after months of protest over the residential college’s being named after John C. Calhoun.

The new name honors Grace Murray Hopper, a computer scientist, engineer and naval officer who graduated with both a master’s and doctoral degree from Yale in the 1930s — three decades before the university’s undergraduate college became coeducational.

As a former U.S. senator, Calhoun served as a leading voice for slavery and against abolition. The residential college had been named after him since 1933, when Yale was seeking to woo more white Southerners to apply. When Yale decided to reach out to more black students decades later, the name became less of an attraction — and to some students, an insult.

When the Yale Corporation voted on the issue last year, it had decided to retain the Calhoun name. Then last summer, an African-American Yale cafeteria worker, Corey Menafee, smashed a glass panel depicting slaves carrying bales of cotton and was arrested by Yale police on a felony charge. This time around, said Yale President Peter Salovey, the legacy of racism was too much for the university to ignore.

“It is now clear to me, too, that the name of Calhoun College must change,” said Salovey Saturday. “Yale has changed magnificently over the past 300 years and will continue to evolve long after our time; today we have the opportunity to move the university forward in a way that reinforces our mission and core values.” 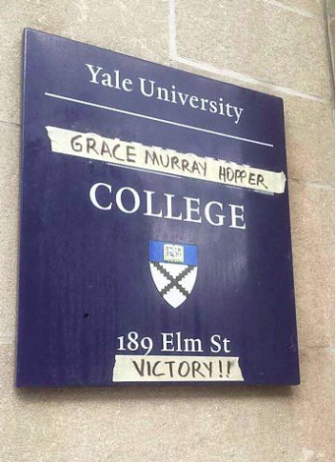 Alterations to a sign marking the former Calhoun College

He also noted that symbols of Calhoun and his legacy will remain on campus for the foreseeable future.

“In making this change, we must be vigilant not to erase the past,” he said. “To that end, we will not remove symbols of Calhoun from elsewhere on our campus, and we will develop a plan to memorialize the fact that Calhoun was a residential college name for 86 years. Furthermore, alumni of the college may continue to associate themselves with the name Calhoun College or they may choose to claim Grace Hopper College as their own.”

Reached for comment about the specifics of the vote, External Communications Director Karen Paert responded that “Details of this and all corporation matters are confidential, but I can tell you that there was strong support for this decision.” Read an article with the full backstory here.

The decision followed a final “Change The Name” rally Friday afternoon at which four protesters were arrested on misdemeanor charges. As news of the renaming reached those activists Saturday afternoon, it was met with excitement.

“I’m feeling really ecstatic. The community spoke and Yale listened,” said Kica Matos, a longtime activist with Unidad Latina en Acción and the Center for Community Change. “No longer will this city or the university be affiliated with the nation’s most ardent proponent of slavery … Not only did they change the name but they named the college after a women with an incredible record of achievement. What more could you ask for?”

“So many are responsible for ending this injustice,” she added. “For many years, students led the efforts. Then Corey Menafee stepped up and in doing so, encouraged the broader community to get involved. The collective efforts of this city — students, community leaders, faculty, local advocacy organizations and faith based groups — led to this glorious outcome.  Hopper College – how sweet the sound!”

Read more about the Friday protest and the past two years of debate over the name of Calhoun College. 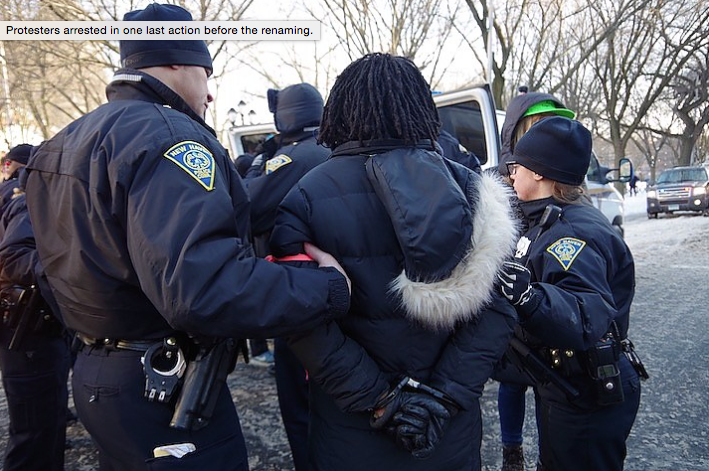 Protesters arrested in one last demonstration before the renaming.