State legislators are grappling for the second year in a row over whether to allow the owners of the Millstone Nuclear Power Station to sell electricity to Connecticut’s utilities.

Whether the measure is enacted, or stalls as it did last year, may hinge on whether lawmakers can pull off the ultimate balancing act.

The keys to opening the mainstream market temporarily to Dominion Resources?

“We’re in this brave new world, and we’re all trying to figure it out,” said Rep. Lonnie Reed, D-Branford, House chair of the Energy and Technology Committee. “We’re trying to develop a transitional program that’s not a subsidy for nuclear, that doesn’t overwhelm the market, and that still protects solar and wind. It is a real balancing act.”

The committee is considering a bill that would allow the Waterford-based nuclear power station to sell electricity directly to utilities such as Eversource and UI, which provides power in the New Haven and Bridgeport areas.

The Senate passed a similar bill unanimously last year, but it wasn’t called for a vote in the House.

The two units at Millstone, which generate about 2,100 megawatts of power, currently sell energy to hedge funds and Wall Street financial institutions, which, in turn, sell it on the regional wholesale market, according to Kevin R. Hennessy, New England state policy director for Dominion Resources.

By selling directly to utilities, Dominion believes it still would trigger savings for ratepayers by offering a better price than some of its competitors.

But is it a fair competition with Dominion in the same field with generators using renewable energy sources?

All sides in the debate acknowledge that nuclear power is on the decline as falling prices for natural gas have been driving down prices for power over the last decade. But how severe is that decline?

Millstone generates more than half of the power produced in Connecticut, and Sen. Paul Formica of East Lyme, Senate GOP chair on the Energy and Technology Committee, said the nuclear facility still can play an important role in the state’s market for several years. 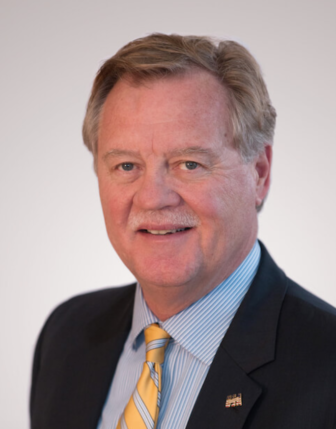 “This bill is about protecting our baseload power source as a bridge to the renewable sources of energy that are coming,” he said.

But critics say the measure ultimately would increase electricity rates that already are among the nation’s highest.

“The use of the phrase ‘competes for a contract’ is very misleading,” John Erlinheuser, associate state director for the AARP, testified before the committee.

Just as all sides acknowledge nuclear power is on the way out, they also acknowledge that renewable sources are more expensive right now.

But that’s not why the state currently solicits bids from renewable-source energy producers. This is mandated despite higher production costs as part of an ongoing effort to reduce greenhouse gas emissions and reduce Connecticut’s reliance on carbon-emitting fuels.

The AARP believes the legislation would lead to reclassifying nuclear power as a renewable fuel — something which would undercut wind, solar and other suppliers in this arena. Much of the bill’s language remains under development.

And critics charge that Dominion could raise its prices and still come in cheaper than most traditional renewable sources.

“Nuclear power can continue to be cheaper than real renewables, but still more expensive that they are today,” said Nora Duncan, AARP’s Connecticut state director.

“It is an insult to everyone in the state of Connecticut that proponents of this scheme have not offered real language as to what they are proposing,” said Tom Swan, executive director of the Connecticut Citizens Action Group. “… If Dominion really needed this special treatment, they would be willing to open their books to prove it.”

The Connecticut Business and Industry Association endorsed the bill, predicting it would lead to lower rates. But it also expressed concerns about renewable sources and urged lawmakers to include provisions to safeguard this component of the generating industry.

United Illuminating expressed concern about potentially buying power directly from Millstone, and whether this would improve the overall market.

It is indisputable that Millstone Power Station provides Connecticut with affordable and reliable power while helping to reduce greenhouse gas emissions,” UI wrote in its testimony. “What isn’t clear is whether Millstone, or existing facilities who are currently receiving revenues in the competitive market, needs additional financial support.”

UI “remains concerned about the impact that these above-market payments will have on ratepayers and the negative effects that a long-term obligation and financial liability would have on the utility.”