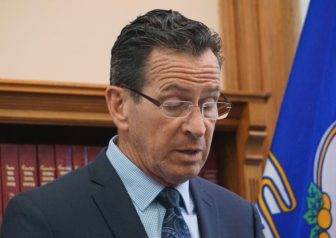 Gov. Dannel P. Malloy nominated 13 lawyers Wednesday as judges of the Superior Court, a boost to a trial court system where one of every five authorized positions is vacant.

Missing from the list of eight men and five women is Eric Coleman, who resigned from the Senate in January to pursue a judicial appointment. Malloy’s office said the governor expects to nominate as many as four more judges.

Thirty-seven of the 185 authorized positions on the Superior Court are vacant, a number that will reach 39 once the legislature confirms the governor’s two recent nominations to the Appellate Court. Both are Superior Court judges.

The governor’s nominees to the Superior Court: