Malloy objects to mandate on coverage for pregnant women 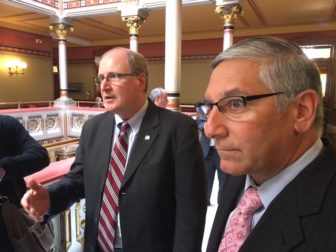 A bipartisan Senate bill intended to protect women’s health coverage if requirements in the Affordable Care Act are repealed now faces a potential rewrite in the House or a veto by a Gov. Dannel P. Malloy eager to show that Connecticut is sensitive to the needs of its insurance industry.

Malloy said an amendment that would open a 30-day window for uninsured women to obtain coverage after becoming pregnant is a unique mandate — actually, legislators say, New York has a similar requirement — that could ultimately hurt both the industry and consumers.

Insurers complained that the legislation changes the market after rates have been set.

“We are heartened by the governor’s continued recognition of the importance of being fiscally prudent and balanced to avoid adding additional costs to what employers and consumers already pay for health insurance,” Anthem said in a statement. “We hope we can all work together to retain the portions of the bill that we all agreed to.” 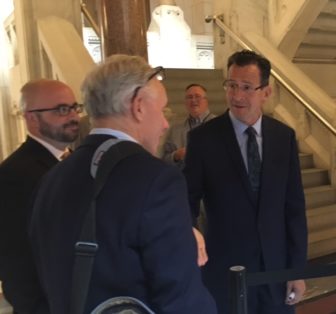 Sen. Mae Flexer, D-Killingly, said the amendment, offered by Sen. Kevin Kelly, R-Stratford, would apply only to the individual insurance market, giving a pregnant woman the opportunity to purchase coverage outside the open enrollment period. A pregnancy would become a “qualifying event.”

She and Rep. Sean Scanlon, D-Guilford, a co-chair of the Insurance and Real Estate Committee, said they were discussing with the other leaders of the committee, Kelly and Sen. Tim Larson, D-East Hartford, whether the bill should be amended in the House.

After the Senate adjourned Friday night, Kelly and Flexer said no decision had been made on whether to strip the bill of the amendment.

Kelly and Scanlon said earlier they believed the impact on the insurance industry would be minimal. In New York, Scanlon said, only 50 women took advantage of the opportunity to buy coverage after becoming pregnant.

“We feel very strongly about the fact it’s a bipartisan bill to help half the population of the state,” Scanlon said. Of the governor, he said, “I understand where he is coming from, that he’s trying to be sensitive to a very large and important industry here, but we have to sensitive to the fact we have thousands of women worried about their health care.”

Lt. Gov. Nancy Wyman, who chairs the board of Access Health CT, the state’s insurance exchange under the Affordable Care Act, would not directly say if she agreed with Malloy’s view on the amendment.

“The governor has his way of thinking on things. I have mine,” she said. “Hopefully, the bill ends up on the governor’s desk without the amendment so we can keep it alive.”

Fasano said if Republicans blocked passage of the bill, Malloy would have attacked them: “He’d be the first to stand up and say, Republicans hate women.”