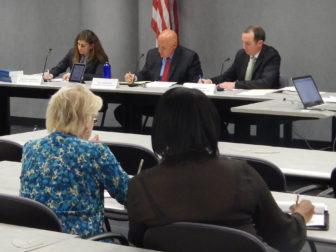 Officials from the Insurance Department take notes during Wednesday’s hearing.

Two of the state’s largest health insurers came face to face with hostile customers and dissenting advocates at a hearing Wednesday over another year of requests for double-digit rate hikes.

The stakes are even higher this year because the state Insurance Department’s final decision on the rate requests will influence whether the two remaining insurers on Connecticut’s health insurance exchange, Access Health CT, return in 2018.

The Insurance Department selected those two insurers, Anthem and ConnectiCare Benefits, for public hearings as part of an ongoing review of the sizable rate hikes they are requesting. The insurers say the increases are necessary to stem financial losses in their individual and small-group plans, both on and off the exchange.

Off the exchange, ConnectiCare is seeking a 28.3 percent average rate increase for nearly all of its 43,000 customers. Anthem charges the same rates for its on- and off-exchange plans.

Given the Affordable Care Act’s uncertain future, officials from both companies said their on-exchange rate requests could grow even higher in coming weeks. Tu Nguyen, Anthem’s chief actuary, said his company’s rate request would be 20 percent higher if subsidies for low-income individuals are abandoned.

Anthem and ConnectiCare have said previously they are considering leaving the exchange.

Anthem, ConnectiCare and insurers across the nation are awaiting President Donald Trump’s decision on whether to continue cost-sharing reduction payments that reduce out-of-pocket costs – mainly deductibles and co-payments – for low and moderate-income individuals and families who qualify. Trump has made no commitment to continue the payments, which would bring insurers about $7 billion this year. Many insurers say they won’t participate in ACA exchanges without the payments or will raise proposed rates even higher, by an average of almost 20 percent.

Anthem and ConnectiCare would have the opportunity refile their on-exchange rate requests for 2018 if it becomes clear that the CSR payments will end, Insurance Department officials said.

The Insurance Department is responsible for evaluating all health insurance rate requests annually and can adjust or reject them if they are excessive, inadequate or unfairly discriminatory. State law prohibits the department from considering other factors, such as affordability or the potential impact on the state’s exchange.

About a dozen speakers at Wednesday’s public hearings all urged the department to reject the requests, saying it would cost them hundreds of dollars more per month. Brenda Shipley, a Branford resident and Anthem customer, said it “feels like extortion.” 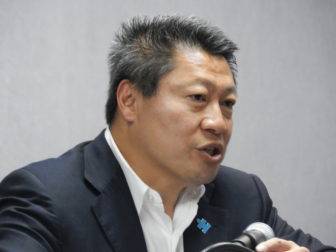 “Health insurance premiums in Connecticut are already some of the highest in the country,” Shipley said. “Anthem’s premium rate increases would hit consumer pocketbooks at the same time property taxes are anticipated to increase because of our state’s budget crisis and at the very same time job and wage growth in this state remains stagnant.”

Garry Malone of Berlin said raising rates sharply is counterintuitive because he believed it would reduce the number of customers paying into the pool. He decried Anthem’s request as unreasonable.

“I don’t know of anyone in this room who got a 33 percent raise,” Malone said.

“I have a lot of people who don’t qualify for subsidies,” Lovett said. “They are the ones who are taking the brunt of these increases.”

Sen. Tony Hwang, R-Fairfield, was the only public official to testify at either of the hearings. He said during ConnectiCare’s hearing that it felt “like déjà vu all over again.”

“We’ve done this pretty much every year,” Hwang said. “In the past years, we’ve had a cumulative increase of over 100 percent plus of health insurance rate increases. Those are put upon people that have no choice. They feel that it’s a rigged system.”

Despite the criticism, the insurers defended their requests and said the higher rates are needed to avoid further losses on the exchange.

“We continue to be committed to the people of our state and recognize the value the ACA has brought to our friends and neighbors,” said Roberta Wachtelhausen, a senior vice president at ConnectiCare. “However, our company has been challenged by flawed federal programs, unmet commitments of the ACA and the acceleration of the cost and use of care.”

“Further, the uncertainty created by the current political and regulatory environment, coupled with the underlying increasing costs of care, require the rates as filed, to ensure we can sustain our business and continue to offer high quality health insurance,” she added.

Actuaries from both Anthem and ConnectiCare said they expect the morbidity rate to continue growing in the coming year, meaning they expect a higher percentage of their customers to be more prone to illness and disease. That means they would have to pay out more per customer over the course of a year. 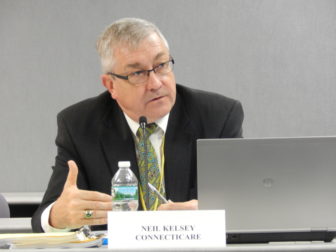 Mary van der Heijde, who works with ConnectiCare as a consulting actuary, said even though no federal laws have been repealed yet, the uncertainty alone is causing change. If the White House eliminates the ACA’s cost-sharing reduction subsidies or advance premium tax credits, said Neil Kelsey, ConnectiCare’s chief actuary, his company would have to request higher rates.

The Insurance Department, which is not obligated to hold public hearings on rate requests, has made it a point to hold them in each of the past four years, said Donna Tommelleo, a spokeswoman for the department. The hearings allow members of the public to voice concerns and give state officials a public venue to scrutinize the requests.

However, in what has proven to be a recurring problem, the Insurance Department received complaints about the timing and location of the hearings. Last year’s hearings were held in early August and the previous year’s in July. Both also prompted complaints. Attendance at this year’s hearing was particularly low in comparison to past years.

At least one organization that routinely attends the hearings made a point to skip them. The Universal Health Care Foundation said the process is “unwelcoming of real public participation and too narrow in its scope.”

“The Foundation is particularly concerned that the June 14 hearings are scheduled too early, and will be rendered moot by the challenges to the health insurance marketplace,” said the group’s president, Frances G. Padilla. “The 2018 rate requests assume that the insurers will receive cost sharing reduction payments, which the Trump administration may end.”

“By holding hearings later in the summer, there could be more clarity about the specific challenges the insurance companies will face,” Padilla added.

Washington correspondent Ana Radelat contributed to this reporting. All rate requests filed for on-exchange and off-exchange plans are listed below. 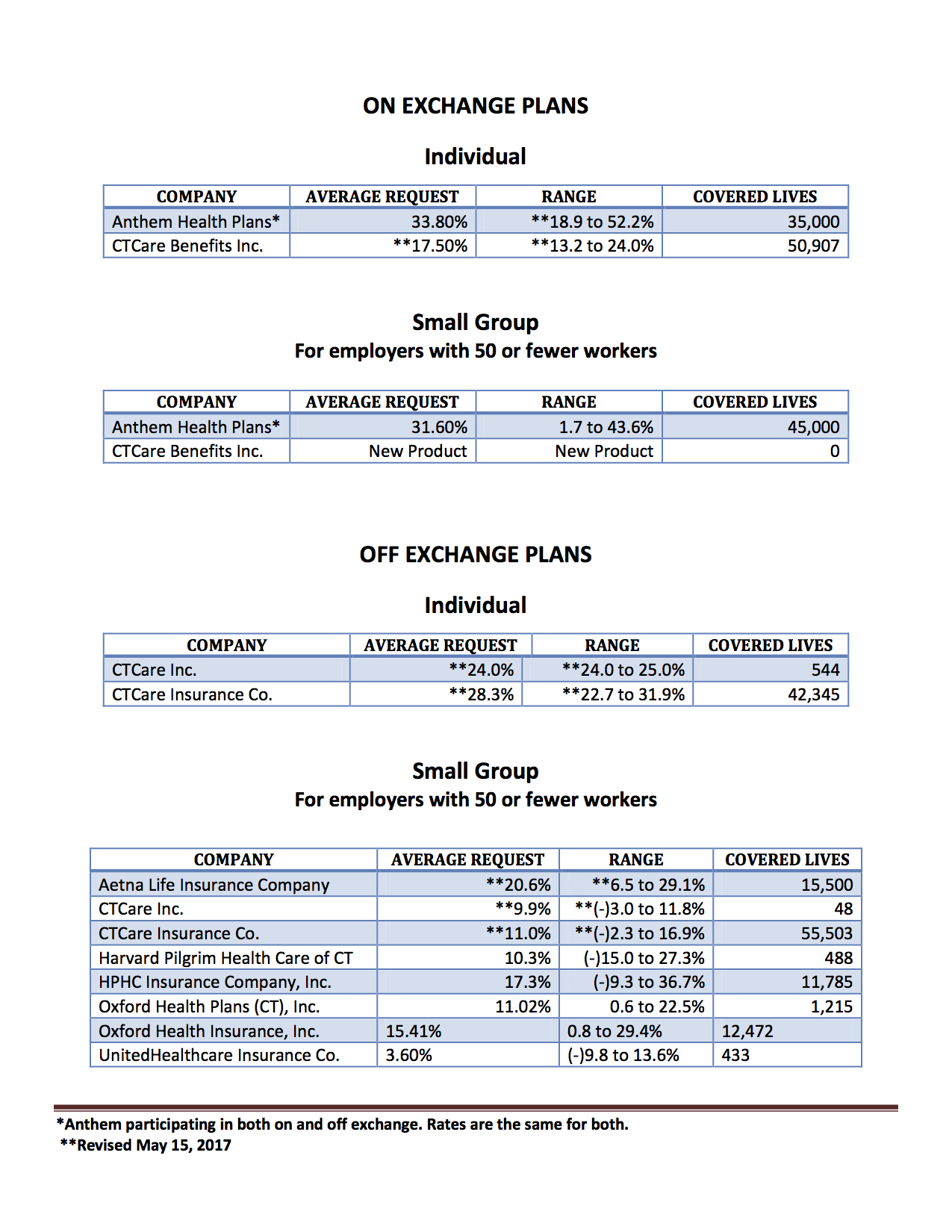