That’s the grade the U.S. Department of Education (USED) gave Connecticut last week on its plans to meet the requirements of the federal Every Student Succeeds Act, which replaced the No Child Left Behind law as the national standard for school accountability.

Reviewers at the federal department found the way Connecticut measures the performance of its public schools lacking and its plans to begin tracking the achievement of English learners vague. 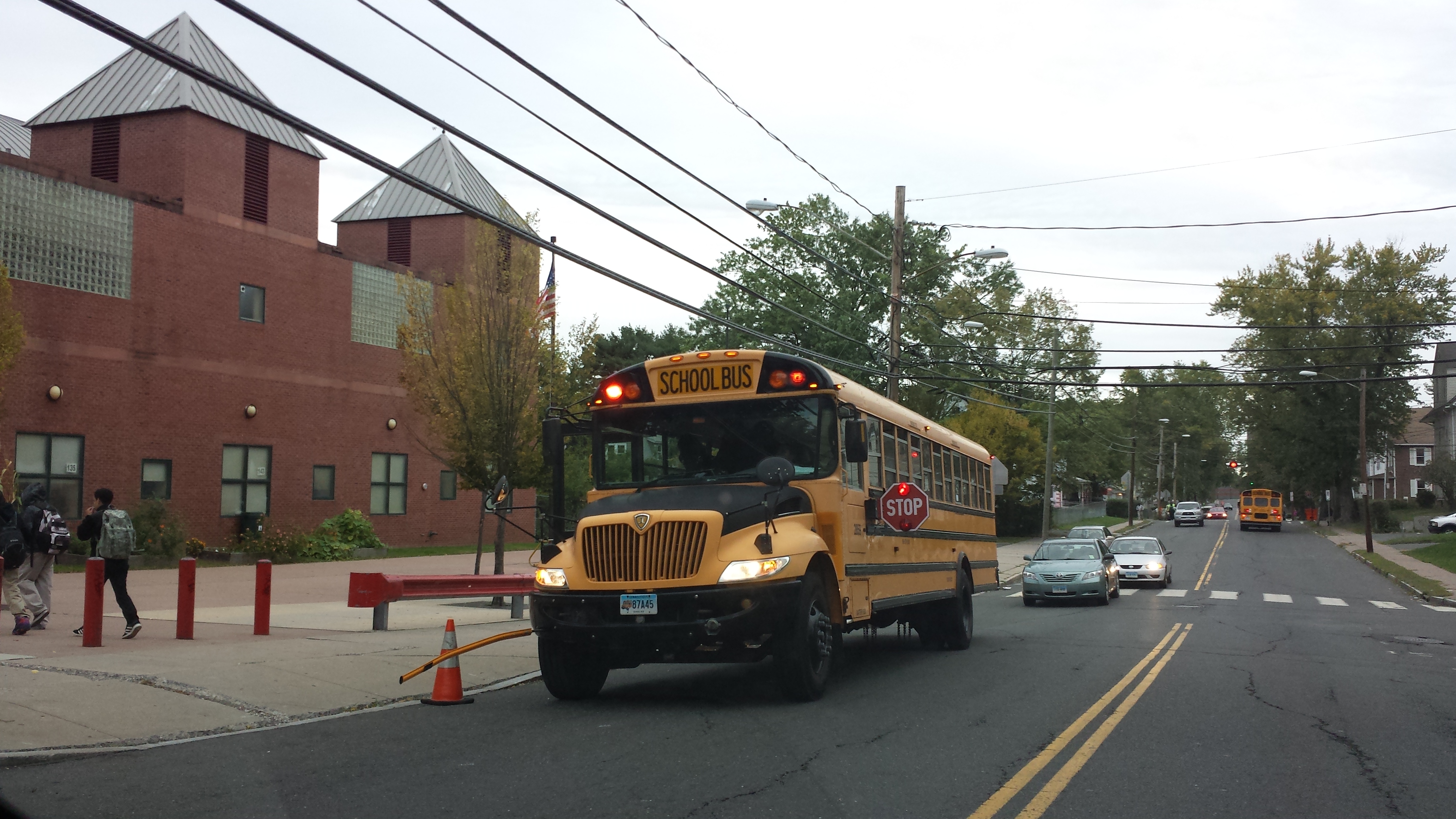 State officials must now decide whether they want to revise or defend Connecticut’s plan before U.S. Education Secretary Betsy DeVos officially considers whether to approve or reject it.

Laura Stefon, chief of staff for the state education department, said Monday the state “will provide clarification where necessary, make tweaks if appropriate, and respectfully disagree with USED where necessary.”

So what exactly is in the state’s proposed accountability system? Here are five things to know about the state’s plan, and where the federal education department’s four peer reviewers found the state fell short.

The state wants to keep its current system for grading schools. Around February or March each year, the state education department releases a zero-to-100 score for every public school in Connecticut. How students perform on their English, math and science standardized tests – including how much each student’s scores improved over the previous year’s – are the primary driver of a school’s score.

This year’s grades were the first to factor in student growth – an approach state officials say gives a more complete picture of which schools are on the right trajectory and gives credit to schools that make progress with students who are multiple grade-levels behind.

Ellen Cohn, the state’s deputy education commissioner, said since the state’s previous grading system didn’t take growth into account, “I might have moved you four grades levels, but if you are still one grade behind, then I failed… We believe those at the bottom and the top need to show growth.” 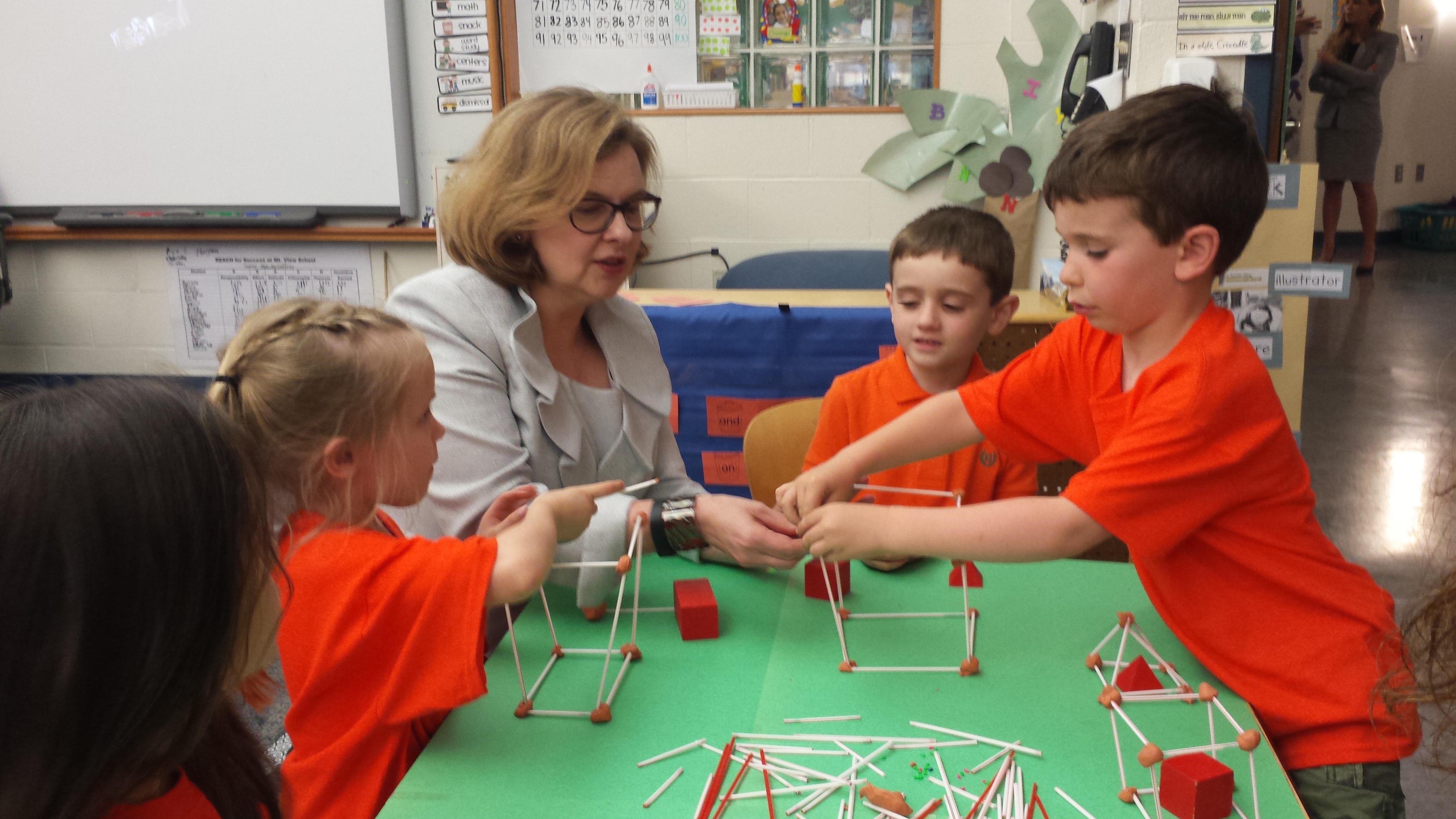 State releases revamped grades for every school – and most drop

State releases grades for every school

The federal reviewers weren’t sold on this approach, saying it “lacks transparency in the percentage of students that are performing at or above grade level.”

Having a zero-to-100 score for schools, the panelists conclude, would lead to “great opportunity for misinterpretation of results” since a score “does not quantify to any meaningful measure of grade-level proficiency.”

The reviewers concluded the state did not meet the requirements of the federal law. “CT must base the academic indicator on grade-level proficiency on state assessments,” they wrote.

State education officials reacted harshly, saying they were worried the U.S. Education Department plans to continue the approach taken under the No Child Left Behind law.

“USED appears to be resorting to very traditional and narrow ways of interpreting student and school performance,’ Stefon said. “They are relying on approaches that failed under NCLB and go against the research consensus.”

Stefon said the new system “has already shone a light” on where vulnerable students are falling further behind and where success has been achieved.

“Connecticut believes that change comes through partnerships and alliances, not just by using an accountability system as a ‘gotcha’ or by labeling schools,” she said.

Connecticut has for years had some of the largest-in-the-nation gaps in achievement between students from low-income families, minorities and their better-off peers.

In the state’s plan – which is endorsed by Gov. Dannel P. Malloy – the department plans to step up state oversight and provide additional support for schools where certain subgroups of students are “consistently underperforming.”

However, the state groups together all students with special education needs, English learners and those from low-income families – call it a “super subgroup” – and measures average performance to determine if intervention is necessary.

Grouping all these vulnerable groups together has for years frustrated civil rights advocates nationwide, who say averaging the scores may not draw neccessary attention if one specific group falls behind.

“Utilizing the ‘high needs’ group as opposed to individual subgroups for identifying schools in need of support may fail to identify needs of specific groups of students,” they wrote, again concluding the state does not meet the requirements of the federal law.

“CT must look at all subgroups, not just the high-needs subgroup, for targeted support and intervention” they wrote.

Conneticut’s Cohn, in an interview before the federal feedback was released, said the so-called “super-subgroups” serve a purpose in some schools.

For example, she said, in well-to-do districts there may be too few English learners for the state to review and compare performance outcomes. Grouping all the subgroups together, she said, will ensure affluent districts are still held accountable for the success of their high-need students.

To close achievement gaps, the state proposes setting targets for how much a student’s test scores should improve each year. The idea is that if students reach their growth targets, proficiency in English and math will follow soon, ideally within five years.

Again, the federal education department was not impressed with the state’s focus on measuring growth.

“Achievement gaps can persist or even widen with no accountability for improving actual achievement rates among subgroups with the most struggling students”
Peer reviewers for the U.S. Department of Education

“Simply measuring growth will not provide an understanding as to whether students are achieving grade-level proficiency, because even if 100 percent of students are making growth, there could be zero percent of students that are proficient,” the reviewers wrote. “…Achievement gaps can persist or even widen with no accountability for improving actual achievement rates among subgroups with the most struggling students.”

Stefon responded that information on how many students are proficient in the various subjects tested is readily available on the state’s data portal. (See here.)

“Ultimately, the ESSA plan and the accountability system are not the only levers for improvement,” she said. The state “provides a wide variety of data and information to the public throughout the year through our data portal EdSight to shine the light on critical issues facing our state.”

The feds also took issue with a state provision that allows a school to add points to its overall performance score when a student exceeds his or her growth expectation. That system masks some performance of lower-achieving students and inflates the publicly reported rate of students meeting their growth targets, they said.

Struggling schools get years to improve

On this the state and the feds agree: After a school is identified as chronically low-achieving, it will primarily be up to local district officials to turn things around.

Local educators will have until the 2026-27 school year – 10 years – to improve student outcomes before they will be required to enter into a “state-structured decision-making pathway,” which may include closing or reconstituting the school or restructuring the school board.

Cohn said the time gives districts the ability to try long-term approaches and avoid quick fixes that may produce incremental gains but not the huge turnarounds necessary. Also, the state is limited in how many schools it will be able to step in and help. 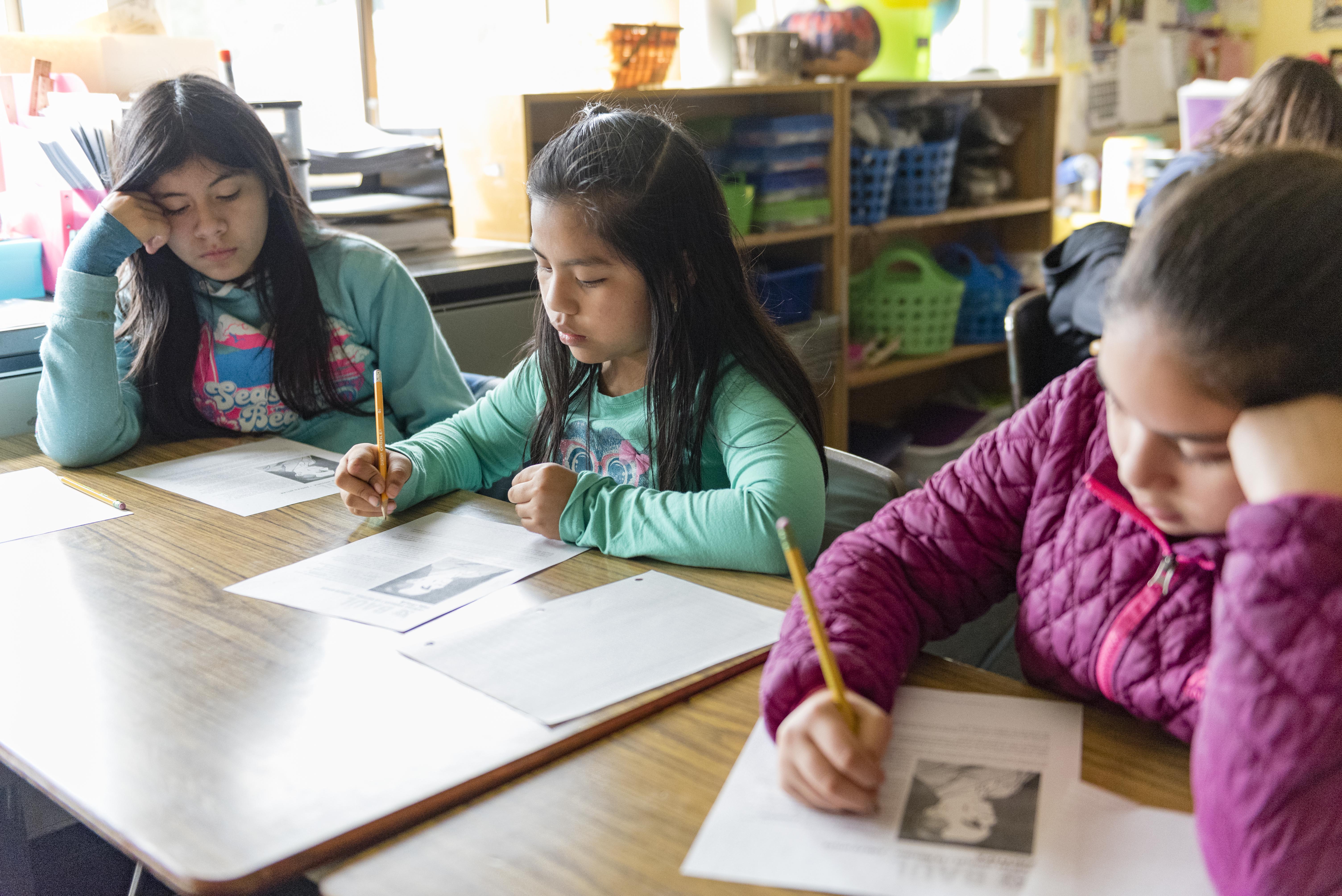 A Jumble of Strategies Produces Distressing ResultsOther Places are Showing What WorksDatabase: See How Your School is Doing with English LearnersCT Education Chief: ‘Our English Learners Need More Support’

“We’ve all learned our lesson. Schools would abandon what they were doing year after year and go after the next hope,” she said.

Also, instead of checking a school’s progress annually, as it has in the past, the state now wants to check in every three years, though nine years would need to pass before the state steps in. Leading up to that, the state would provide guidance and training opportunities.

“Our goal is to make them the best they can be,” she said. “They need to be able to implement their school improvement strategies with fidelity.”

But the federal reviewers took issue with the tri-annual check-in, saying it “may not detect leading indicators of positive or negative trends that could be addressed earlier.”

To meet the requirements of the federal law, the reviewers said, the state must identify the lowest-performing schools every year.

When Congress passed the federal education overhaul, it specifically required states to include the performance of English learners in their accountability plans.

Connecticut – whose eighth graders have the largest-in-the-nation gap in reading achievement between English learners and their peers – promised to address this requirement and are in the process of developing a path forward.

The plan is to measure growth on English proficiency exams, but the state did not outline how much weight scores would be given in determining a school’s grade or how they would spur state intervention if progress is insufficient.

“Vague mention of this requirement is included in the weighting section for academic growth, but details are lacking,” the federal reviewers said.