After 241 years and six days of freedom from England, Connecticut has some of the same economic problems it started with – an out-migration of residents and a sputtering economy.

And a week into its new fiscal year with no budget, state government is in financial limbo. (Well, not the parks or beaches, thankfully.)

Legislative leaders in both the Connecticut House and Senate say they are building support for differing budget plans, but neither can yet count on the outcome of a union vote on wage and benefit concessions scheduled for announcement July 17. One thing is certain, though: state troopers will not be giving up the raises promised in their contract. 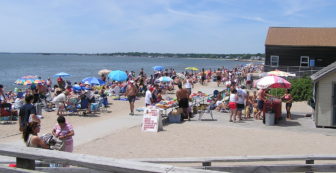 The City of Hartford is in equally hot fiscal water – so much so that Mayor Luke Bronin has hired a law firm with expertise in financial restructuring to advise him as he considers bankruptcy.

From the perspective of some federal oversight officials, meanwhile, Connecticut’s treatment of its most needy children is not going all that well educationally or for those in foster care.

Connecticut officials, on the other hand, don’t think much of U.S. Secretary of Education Betsy DeVos’s move to delay implementation of a new regulation to protect students from loans owed to for-profit colleges that engage in predatory practices.  They’ve joined a multi-state suit to oppose it.

Connecticut Attorney General George Jepsen is not, however, among those who are suing Stamford-based Purdue Pharma, maker of the painkiller OxyContin. But he has signed on to a coalition of states trying to investigate and address the nationwide opioid crisis.

With Congress in recess and President Donald Trump in Europe, Connecticut lawmakers came home to meet with their constituents about the Better Care Reconciliation Act — a proposal they all oppose.

In the week’s largest such gathering, U.S. Rep. Jim Himes, D-4th District, observed to his audience that the current administration is playing on the public’s fears in order to divide the nation.