Jim, who has struggled with alcoholism and drug addiction, credits Medicaid with helping him reunite with his children last October for the first time in two and a half years.

“Because of Medicaid I was able to put the pieces back together in my life,” said Jim. “I’m just so grateful that in this state, the government has this … in place.”

Connecticut was one of the first states to expand the Medicaid program, a joint federal-state health plan for low-income Americans, under the Affordable Care Act (ACA), which allowed single adults and those whose incomes were no higher than 133 percent of the federal poverty level to join the program.

But Jim – and about 200,000 others like him in Connecticut who benefitted from the expansion of Medicaid – are vulnerable to losing their coverage if the Senate approves the Better Care Reconciliation Act. A decision is expected before senators leave Washington for their August break.

This Republican plan to repeal and replace the ACA would phase out Medicaid expansion and cut federal Medicaid payments to states so that many might have to reduce eligibility or certain benefits, such as mental health and addiction services. 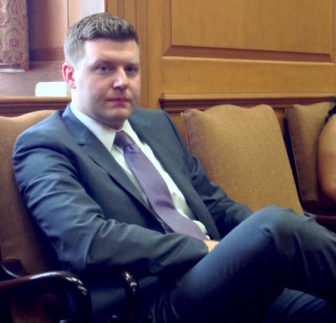 Proposed reductions to Medicaid, coupled with state budget cuts under consideration, concern mental health advocates. Gov. Dannel P. Malloy’s current budget proposal would cut $50 million from the Department of Mental Health and Addiction Services in the coming year. Those cuts would come on top of others in previous years. And because the state has not yet adopted a budget for the fiscal year that started July 1, advocates say many programs can continue for only about six to 12 weeks.

“For those of us who care about mental health, this is the perfect storm,” said state Rep. Sean Scanlon, a Democrat who represents Guilford and Branford, and who has been an advocate for mental health care.

Scanlon said 25 percent of those in treatment for substance abuse in Connecticut are on Medicaid.

He predicts that cuts to the program will result in “increased suicides, increased incidences of people getting arrested and going to prison because they have schizophrenia.”

Maria Skinner, executive director of the McCall Center for Behavioral Health in Torrington, worries that lowering eligibility for Medicaid without providing other options would result in the cycling of patients in and out of care.

When people can’t work, they go on public assistance programs, she said, costing the state more than they would have if they had been allowed to stay on Medicaid and remain in treatment.

“When we invest in them with good quality care, then they turn their lives around and they are good parents, good employees and good citizens,” Skinner said.

Jim, who asked that his real name be withheld to protect his privacy, is also concerned about proposed cuts to the Medicaid program, which Republicans say are needed to keep the program stable.

After remaining sober for 16 years, Jim began drinking again after his marriage fell apart. He ended up spending three days in jail and lost his home, his job and his family. All he had was alcohol. 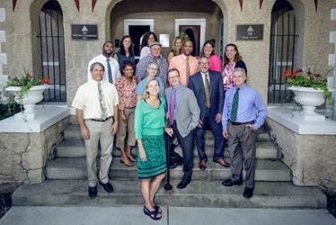 After several weeks he sought help. Because he qualified for Medicaid under the Affordable Care Act’s expansion, McCall Center was able to give it to him. He was given a place to safely detox, one-on-one counseling, psychiatric evaluation and access to group therapy when he needs it. He is now working in construction.

“I worked my whole life. I paid into the system my entire life. This was the time that I needed a little help,” Jim said. “If there is no Medicaid, what is going to happen to all these people who are sick and suffering? It’s just enough to get them back on their feet now.”

“There is no mistake about it,” Jim, said, “for many having Medicaid is a life-and-death matter.”

Medicaid cuts would affect more than patients like Jim. Mental health advocates say a loss of Medicaid reimbursements means private practices, non-profits and public agencies alike will lose their ability to keep their doors open and offer the level of physical and mental health care that has become standard in Connecticut.

A little over a decade ago, the focus in mental health care was treating the symptoms, said Hope Payson, a licensed clinical social worker in northwest Connecticut who began her career working with drug and alcohol abuse patients. Although alcoholism and drug abuse may seem like primary issues, they are really symptoms or coping mechanisms for an individual’s PTSD, anxiety or depression disorder, often caused by trauma.

“I worked in drug and alcohol treatment, driving people to appointments and rehab and promising them that when they got sober it would be better,” said Payson, who now works at a private practice in Torrington. “But when they did become sober, all their trauma symptoms came up and life got a lot harder for them than before.”

When only the symptoms are treated, the true problems are never resolved and the individual requires intensive medical and behavioral care for his or her entire life, resulting in a higher cost than if the underlying trauma had originally been addressed, Payson said. 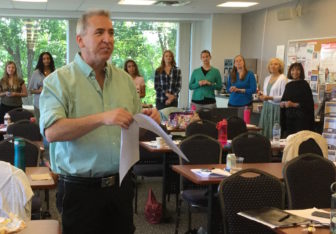 “Especially since Sandy Hook, there has been an increased emphasis on trying to help those who have mental illness,” Rep. Scanlon said.

Private therapists and clinics alike are treating the root cause of many substance abuse, anxiety and depression disorders – trauma – rather than just the symptoms. They are changing their environment and culture to make treatment more comfortable and possible for victims of trauma, said Colette Anderson, executive director of The Connecticut Women’s Consortium, which trained nearly 5,000 behavioral health professionals to be trauma-informed in 2016 alone.

The training required for facilities and practitioners to become trauma-informed, as well as the individual and group therapy required for patients to truly heal, is expensive. Training an entire agency takes two years and about $15,000, Anderson said.

If thousands were to lose health insurance, and pro bono patients — those for whom services were not reimbursed — were to become more common, as they were before the ACA, the state would no longer be able to make up the difference. Efforts to make Connecticut’s mental health professionals more effective would be hurt, Anderson said.

Advocates say that before the ACA was enacted, it was common for patients to cycle in and out of care.

“Thirty-five percent of my caseload was pro bono before things changed with Obamacare and almost all my clients got access to healthcare,” Payson said.

Victims of trauma often suffer from multiple physical disorders as well. Even simple blood tests that can easily identify deficiencies were often impossible for the uninsured to get before the Medicaid expansion, Payson said.

“My patients are in the best shape they’ve ever been,” she said. “Now that they have been able to get medical insurance, they can get dental care and go to the doctor’s regularly too.”

Mental health advocates are also concerned proposed cuts to Medicaid will hurt efforts to fight the nation’s growing opioid epidemic. To try to win the support of moderate Republicans, Senate Majority Leader Mitch McConnell has added $45 billion to address the opioid problem to his plan to repeal and replace the ACA, but advocates say that money won’t make up for the cutback to mental health and addiction services that would result if people lose Medicaid coverage or benefits.

The Senate health care bill also would provide states a “stabilization fund” they could use in a number of ways, such as helping high-risk patients get coverage or shoring up services for those with mental illness. But the Malloy administration estimates the Senate bill eventually would cost Connecticut nearly $3 billion in lost Medicaid payments every year starting in 2026.

There has always been a middle group, caught between public assistance and private insurance, in this case it is the lower middle class, Skinner said, but with the ACA it got smaller. 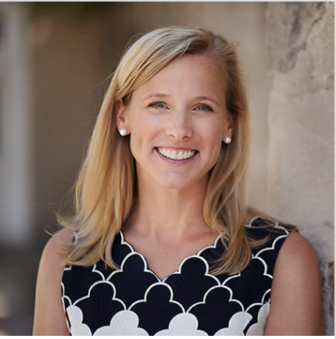 Maria Skinner, executive director of the McCall Center in Torrington.

Before the ACA, to enable non-profits to take pro bono patients the state awarded grant dollars to make up the gap between revenue and expenses.

The Medicaid expansion and affordable insurance offered through employers or AccessHealth CT allowed many individuals to continue being covered and therefore continue treatment after they were just simply stable. It also allowed the state to begin diminishing the funds allocated to keeping behavioral health nonprofits afloat.

With the budget cuts and potential repeal of the ACA, that group of pro bono patients could be growing again, and this time without the state grants to make up the difference.

So could the number of drug-related arrests.

Between 2003 and 2015 arrests for drug abuse violations declined 50 percent in the state, according to a joint report by the Northwest Connecticut Community Foundation, the Foundation for Community Health, the Berkshire Taconic Community Foundation and the McCall Center for Behavioral Health. The report attributed much of this progress to improved treatment and support for those affected.

Advocates hope that support will remain.

“I see myself as a steward of this organization and I will do everything in my power to make sure we are here,” Skinner said. “But I need the help of our policy makers to recognize that there is a value to the most vulnerable people in our society, counting on them to recognize that we need their support in order to continue serving.”